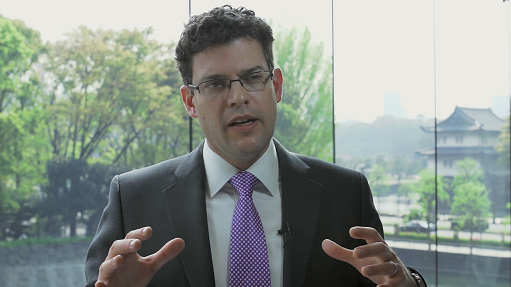 Fixed income investors have dealt with a number of headwinds in early 2014, including unrest in Eastern Europe, the prospect of rising interest rates in the United States and fears about slowing growth in China. Michael Hasenstab, executive vice president and CIO, Global Bonds, Franklin Templeton Fixed Income Group®, has been on a global tour to assess conditions in select countries first-hand, looking beyond what the media headlines portray. His latest stop is Tokyo, and his report provides some insight into what he’s discovered, and the potential investment opportunities he’s uncovered. Hasenstab believes the early-year volatility we have experienced is likely to continue, and that means separating the wheat from the chaff through an actively managed approach should be especially important today, and particularly when it comes to emerging markets.

We recognize there has been a period of elevated volatility in the early part of 2014, but we are quite excited about the opportunities we think the rest of the year will bring. Our team has spent quite a bit of time this year on the ground in a number of countries, evaluating and challenging some of the reasons behind that volatility.

The first quarter of 2014 was somewhat similar to what we saw in the second quarter of 2013. The volatility has largely centered around Fed tapering, developments in some emerging market countries, and fears about slowing growth in China. And, in many ways, those factors are actually interrelated. We have seen the stronger countries recover very quickly, so we think we have already started to see that trend reverse.

Ultimately, it is fundamentals that will drive long-term returns, so we’ve been selecting various countries that we believe have good long-term potential based on their individual fundamentals, including good current account balances, appropriate monetary policy and strong growth prospects.

A common question we have heard from clients during our visit to Tokyo is similar to what we have heard in Europe and in the United States: Investors are asking how they can better manage their bond portfolios in an environment where interest rates are moving higher.

Our approach today is to position very defensively with regard to interest rates; we are actively allocating across different currency markets to potentially generate positive returns in an environment where interest rates go up. We believe it absolutely necessitates being active, and it absolutely necessitates being global. We are looking for opportunities to earn a decent yield without taking a lot of interest rate risk. And we think countries like South Korea and Mexico, with strong underlying fundamentals, are places that may offer a solid and positive real yield without taking a lot of interest rate exposure. 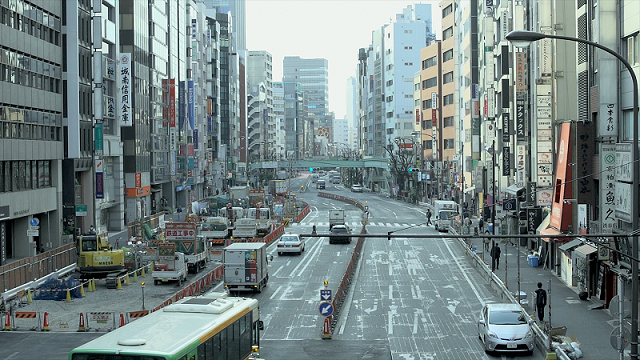 Japan is actually one of the most important places to be in, and focus on, to understand the global impact of the US Federal Reserve’s (Fed) tapering of its asset purchase program in a global context. Even though the Fed has started to taper, at the same time, the Bank of Japan (BOJ) is embarking upon a massive amount of quantitative easing. So while the Fed will not likely print an additional trillion dollars, the BOJ is in the process of printing the equivalent of an additional trillion-plus US dollars. Given BOJ policy, I think the amount of global liquidity should be adequate to support capital flows across the global economy and maintain the global recovery that’s underway. We have a pretty clear idea that the Fed will be tapering; that it will be backing off of excessively easy policy. That being the case, we are not particularly concerned that Fed tapering is going to create a global crisis, especially since the BOJ appears to be moving to offset the Fed’s reductions.

Given this dynamic, we expect the Japanese yen to depreciate, and the yen versus the dollar is one of the areas where we’re seeking to add alpha. One of the core components of our currency strategy is long the US dollar, short the Japanese yen.

Emerging Markets: Not All the Same

Looking at emerging markets, I think the important thing to understand is they are not uniform. What is happening in a country like Turkey is completely different than a country like South Korea. The dynamics that drove some concern in places like Turkey—such as current account deficits, fiscal deficits, monetary policy that was inappropriate—are not representative of the entire asset class. Many countries, including Malaysia, Hungary, Poland and Mexico, in our view, are well positioned to deal with any changes in Fed policy, given strong current account positions, solid growth, and monetary policy that is proactive and ahead of the curve. As such, we viewed the market volatility over the last couple of months as an opportunity to take advantage of the fact that the market was not differentiating based on fundamentals and was treating the entire emerging markets asset class uniformly. As a result, we were able to exploit some of the market panic and feel that we are well positioned to take advantage of the dynamics going forward.

China: The Distinction between Quality and Quantity of Growth

Recent growth estimates coming out of China are pointing toward deceleration this year. However, there’s a big difference between deceleration in growth in and of itself, and a moderation in growth in China based on a healthy dynamic of better quality of growth. In our travels to China, we were asking two questions. First, can China sustain a 7% to 7.5% growth rate? And second, are the problems in the shadow banking system likely to lead to a systemic crisis within the broader context of China’s economy? We came away reaffirming our view that China can, indeed, maintain a 7% to 7.5% growth rate, and while issues in certain sectors of the Chinese banking system are problematic, the scale of those relative to the entire economy appears quite manageable.

The real support factor in China’s growth going forward is that domestic demand is being driven by higher wage growth. The impact of the one-child policy put in place decades ago is now moving into the working-age demographic. Right around the early 2000 period, China crossed a tipping point where it went from an excess capacity of labor to a shortage of labor. And any time one runs into a shortage of something, the price goes up, and what we’ve seen is a dramatic pickup of wage growth in China. Stronger wage growth is, in turn, providing a core anchor of increased consumption in China, and we think that consumption growth will make up anywhere from two-thirds to three-quarters of China’s total growth. We think this dynamic should be sustainable and can provide an important foundation for China to be able to achieve a 7% to 7.5% growth rate.

Investment levels in China will clearly moderate over the course of the next decade or so, in our view, but there is still underlying need for investment. In particular, we think the urbanization process in China is probably only halfway complete, and it involves moving tens of millions of people from the rural sector to the urban sector. President Xi Jinping’s recent reforms have facilitated that mobilization of labor, which is going to require a tremendous amount of investment, in everything from schools to sewage to water purification to subway systems to housing. That investment, we believe, will support China’s growth. 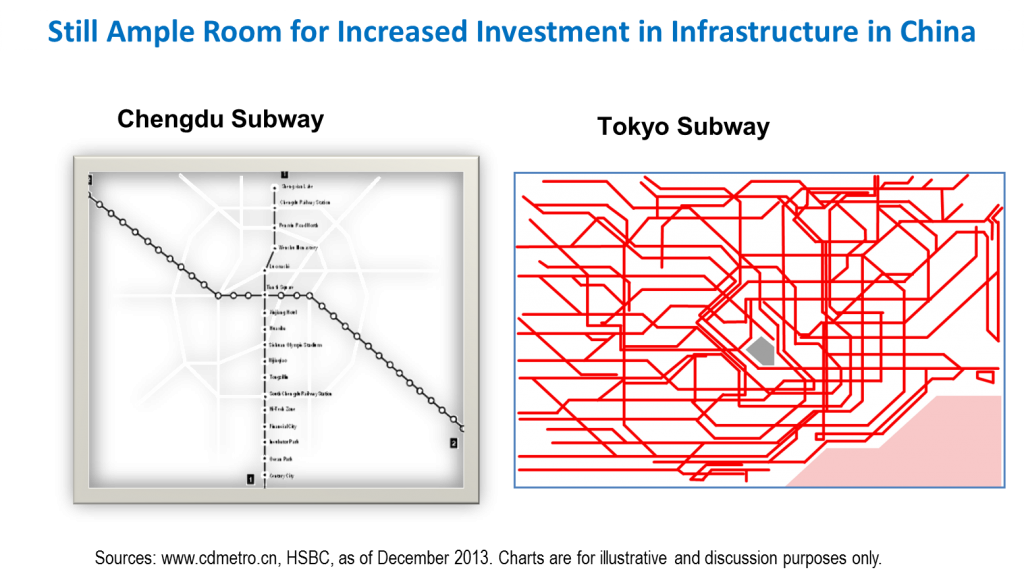 We are encouraged that the reforms are improving the quality of growth in China, even albeit at a lower quantity of growth perhaps than in the past. And lastly, we are very encouraged by the reform agenda. The political reform, the economic reform, by President Xi is potentially going to be one of the most transformational periods of reform since the era of Deng Xiaoping, and President Xi’s efforts to fight corruption and modernize the economy are encouraging. So far, they seem to be on track to succeed.

And we are doing what we’ve always done, which is to go out to these countries, understand the underlying fundamentals and exploit these periods of panic. As we look into 2014, we are excited about the potential opportunities in many countries around the world.

All investments involve risks, including possible loss of principal. Bond prices generally move in the opposite direction of interest rates. Thus, as prices of bonds in an investment portfolio adjust to a rise in interest rates, the value of the portfolio may decline. Investments in foreign securities involve special risks including currency fluctuations, economic instability and political developments. Investments in emerging markets, of which frontier markets are a subset, involve heightened risks related to the same factors, in addition to those associated with these markets’ smaller size, lesser liquidity and lack of established legal, political, business and social frameworks to support securities markets. Because these frameworks are typically even less developed in frontier markets, as well as various factors including the increased potential for extreme price volatility, illiquidity, trade barriers and exchange controls, the risks associated with emerging markets are magnified in frontier markets.