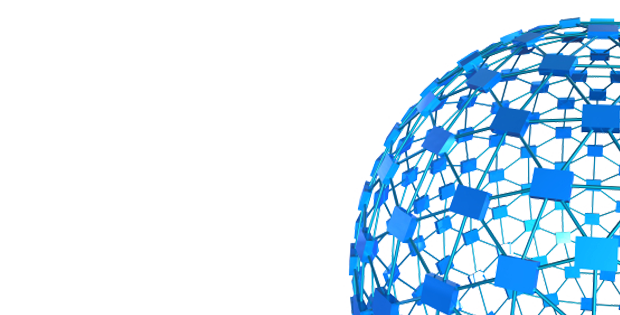 The 2007-2008 financial crisis and the monetary policy responses that helped to push interest rates in the developed world to historical lows also drove assets of all kinds to seemingly trade in lockstep with one another. But that dynamic appears to be changing. Four investment professionals at Franklin Templeton discussed the issue at our recent Asia Investor Forum and explored why they believe correlations, both within each asset class and across asset classes, are likely to continue to decline. They believe that in the current environment it is more important than ever to understand not only the fundamentals of an investment, but its economic and geographical context as well. 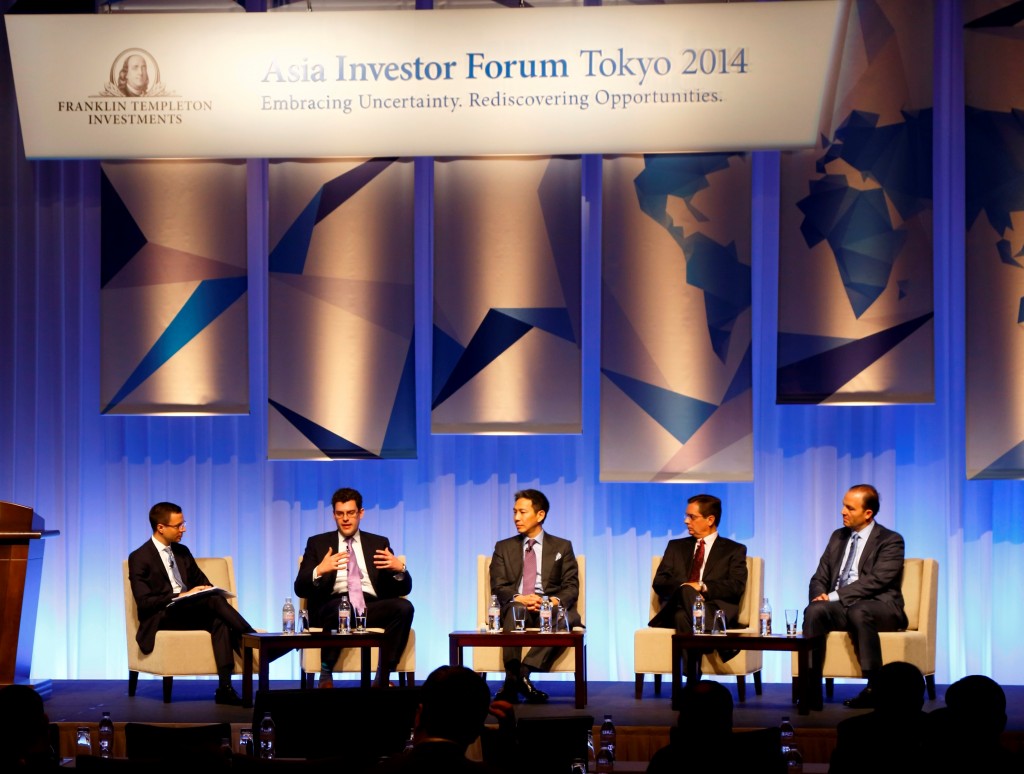 Correlations among the 24 developed markets that make up the MSCI All Country (AC) World Index1 increased sharply in the wake of the 2008 financial crisis. But after a period of prolonged low interest rates, the prospect of “normalization” has become more likely, particularly in the United States. Also, this pattern of linked performance has become noticeably less pronounced in the past year or so.

The shift in sentiment has been apparent across geographies and in several asset classes, most notably equities and bonds, and has bolstered belief among active managers that their valuation calls will make a real difference to investors. 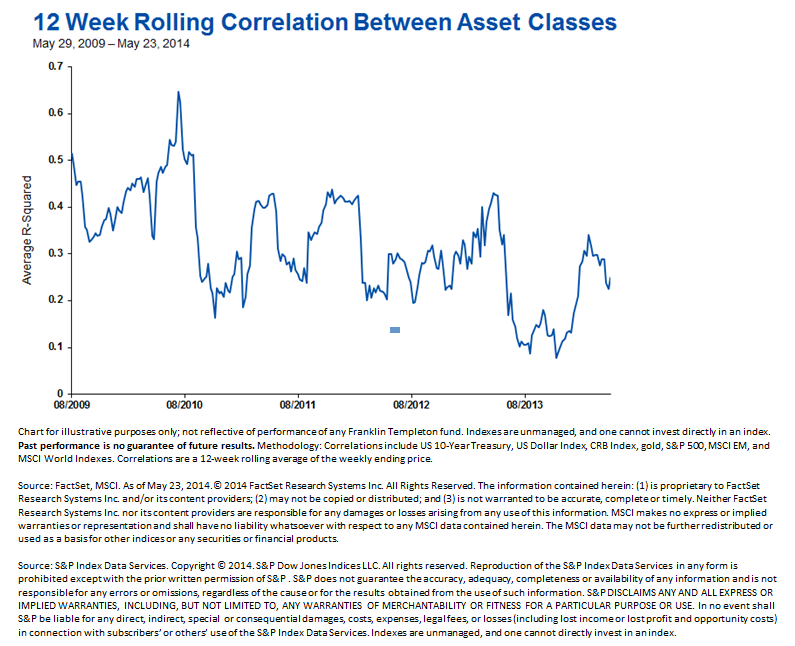 Brooks Ritchey, Senior Managing Director, K2 Advisors, believes the trend has brought with it “much more fundamental rationality” to the performance of global markets, making this a favorable environment for active fund managers to analyze investments on the basis of their own distinct merits. 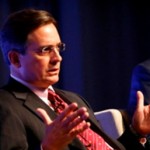 “I think the fundamental truth should come out once interest rates normalize. Whether it’s the so-called “Great Rotation” out of fixed income into equities, or whether it’s the short-term rotation out of ‘beta’ and into ‘alpha’2, historically, we have found higher interest rates generally bring a supportive fundamental backdrop for our approach to investing. Moreover, the differentiation in potential performance could increase whether one is comparing countries with different levels of indebtedness, company sectors or individual companies.

“We would also expect those countries that are trying to do the right things will receive inflows, as would asset classes that are valued responsibly. Less-indebted countries, for example, should tend to benefit economically from higher growth and inflation, while more impaired countries are left behind. I think there has recently been a movement away from just a one-decision trade, where investors are simply reacting to moments of panic or euphoria, into a place where it is more possible to make rational decisions based on fundamentals.” 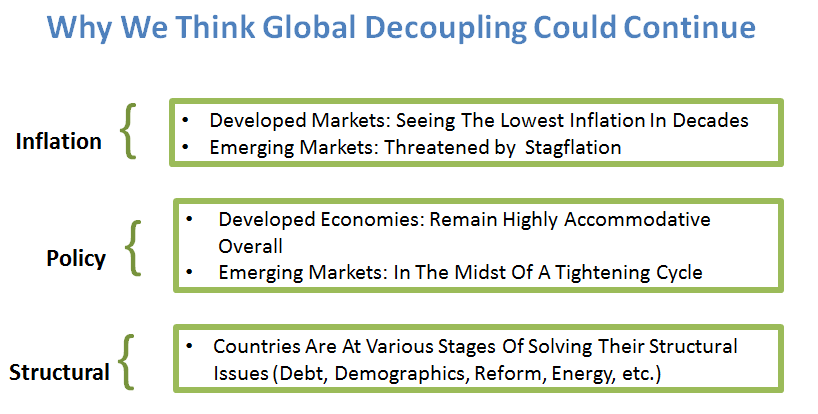 “If we actually look at the market and the correlations between the emerging and developed markets, we see there has been a decoupling in recent months, a lower level of correlation.  This decoupling isn’t completely surprising. In 2008-2009, the market was moving away from risk, and we started to see quantitative easing– something we’d never really heard of before.  The term we kept hearing to describe investor behavior was ‘risk-on’ and ‘risk-off.’ It almost didn’t matter what investment category you were in, as long as you were in what was perceived to be a risk asset (risk-on) or in assets thought to represent capital preservation (risk-off). We are moving into a situation in the markets now in which we think correlation is likely dropping and that risk-off/risk-on behavior is less pronounced. 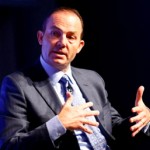 “Some might argue you should pick the economy that is going to do well and stay away from the one that is not going to do well. But that’s a tough thing to do, and particularly a tough thing to do over time. I would expect fundamental differences to become more pronounced among countries going forward–differences in inflation trends as well as differences in the implementation of structural reforms and differences in central bank monetary policies. I would argue that decoupling mainly offers a great potential opportunity for an investor who is broadly diversified3. Over time, we know low correlation and diversification can actually help reduce risk. If an investor is diversified, we view the drop in correlation as providing a potential opportunity for a better risk-adjusted return. When correlations decrease among markets and asset classes, individual securities trade on their own fundamentals and provide more opportunity for price discovery. We think fundamental analysis works best for active managers at times of low correlation because it allows them to make meaningful investment choices among individual securities and apply strategies across markets and asset classes.”

Michael Hasenstab, Executive Vice President, Portfolio Manager and Chief Investment Officer, Global Bonds, Franklin Templeton Fixed Income Group®, believes that even when correlations may be trending downward, there have been periods of heightened correlation within a cycle.  Such periods occur at times of heightened volatility, when markets respond severely to changes in macro-economic expectations or geopolitical events, and he says these can offer active managers ways to position tactically in order to possibly capture upside potential.

“I think you will go through periods where markets become highly correlated, like we saw in June 2013 and like we saw at the beginning of this year. But those periods have tended to last just a few months, then we have typically seen the correlation disperse. 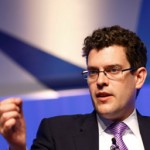 “Our job is to wait for those periods when everything becomes correlated–when the good and the bad get dumped out — and then we go in, pick the opportunities that appear to us to have the best long-term potential and then wait, be patient and do it again. In our view, this type of event can happen once or twice a year, so we shouldn’t look at elevated correlation with panic but recognize that it will occur, exploit it, and then position for it as a long-term dynamic.”

“When correlations are high, an active manager will aim to take advantage of the chance to buy quality assets that are undervalued in absolute terms. In a market in which correlations are declining, I think bottom-up analysis gives active fund managers the chance to make meaningful relative value calls by choosing among individual securities. 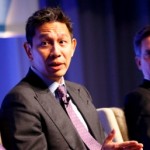 “Right now, I think the market environment represents an excellent opportunity for stockpickers. Although valuations have generally compressed, we believe we can still find better values within an expanding market. And this applies to investing in the United States, Europe or emerging markets.  In our view, lower correlation doesn’t necessarily mean there are fewer opportunities. In fact, on the contrary, we think active managers can potentially add a lot of alpha by making that valuation call.

“Many investors will already have noticed that simply buying into what many still consider a bull market no longer leads to the kind of returns that have characterized the past five years. As correlations continue to decline, we think that a selective approach that distinguishes among individual securities through bottom-up analysis can help investors find value.”

Brooks Ritchey, Stephen Dover, Michael Hasenstab and Alan Chua’s comments, opinions and analyses are for informational purposes only and should not be considered individual investment advice or recommendations to invest in any security or to adopt any investment strategy. Because market and economic conditions are subject to rapid change, comments, opinions and analyses are rendered as of the date of the posting and may change without notice. The material is not intended as a complete analysis of every material fact regarding any country, region, market, industry, investment or strategy.

All investments involve risks, including possible loss of principal. Stock prices fluctuate, sometimes rapidly and dramatically, due to factors affecting individual companies, particular industries or sectors, or general market conditions. Special risks are associated with foreign investing, including currency fluctuations, economic instability, and political developments. Investments in developing markets involve heightened risks related to these same factors. Bond prices generally move in the opposite direction of interest rates. Changes in the financial strength of a bond issuer or in a bond’s credit rating may affect its value.

1. Source: MSCI AC World Index. A free-float-adjusted market capitalization-weighted index that is designed to measure the equity market performance of 24 developed and 21 emerging markets. The developed market country indices included are: Australia, Austria, Belgium, Canada, Denmark, Finland, France, Germany, Greece, Hong Kong, Ireland, Israel, Italy, Japan, Netherlands, New Zealand, Norway, Portugal, Singapore, Spain, Sweden, Switzerland, the UK and the US. MSCI makes no express or implied warranties or representations and shall have no liability whatsoever with respect to any MSCI data contained herein. The MSCI data may not be further redistributed or used as a basis for other indices or any securities or financial products. Indexes are unmanaged, and one cannot directly invest in an index. Past performance is no guarantee of future results.

2 ‘Beta’ is a measure of the risk to an investment that arises from exposure to general market movements, while ‘alpha’ is a risk-adjusted measure of the value that a portfolio manager adds to or subtracts from a fund’s return.

3 Diversification does not guarantee profit nor protect against risk of loss.