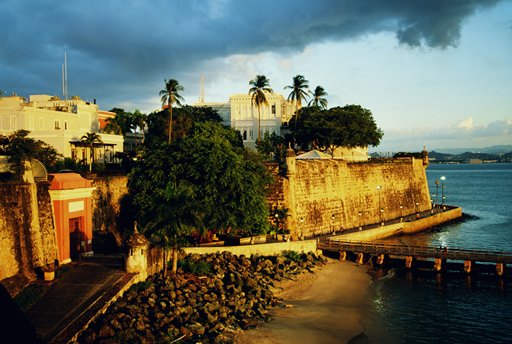 On Saturday, June 28, 2014, Puerto Rico Governor Alejandro Garcia Padilla signed into law the Puerto Rico Public Corporation Debt Enforcement and Recovery Act (the “Act”). According to the governor, the Act is meant to provide a legal framework that can be used by certain Puerto Rico public corporations to reorganize and restructure their debt should they become insolvent. Puerto Rico is a US Territory, but neither Puerto Rico nor its subdivisions or agencies are eligible to file under Chapter 9 of the US Bankruptcy Code. Other than the newly enacted Act, no statute expressly allows Puerto Rico to pursue a public bankruptcy or reorganization.

The Act, by its terms, does not apply to the Commonwealth’s general obligation debt, sales tax-backed bonds (COFINA) or other agencies whose debt is implicitly or explicitly backed by the Commonwealth. Eligible public corporations include Puerto Rico’s Electric Power Authority (PREPA), Aqueduct and Sewer Authority (PRASA) and Highway and Transportation Authority (PRHTA), all of which have been experiencing financial pressures over the last few years.

The market reaction would seem to indicate that investors interpret the Act as a sea-change in Puerto Rico’s long-standing commitment over the decades to honor its debt obligations. Over the years, Puerto Rico’s actions and repeated statements of its “willingness to pay” have historically been a great source of comfort to investors. Based on market reaction since the Act was passed, that commitment appears to have been seriously called into question.

Complicating matters, Puerto Rico’s government and its agencies have dramatically reduced their communications with market participants since Puerto Rico brought in financial and restructuring advisors in April 2014. Even after the Act was signed, communication with the market has been virtually non-existent.

The market’s interpretation of the Act, combined with reduced communications by the Puerto Rico government, have caused pricing to be based to a large extent on speculation about what might happen next. Market prices of many securities have dropped by several percentage points, including general obligation and COFINA bonds, which Puerto Rico exempted from the Act’s reach.

Importantly, as of this writing, the pricing dislocations and volatility in the Puerto Rico bond market have not spread into the overall municipal bond market. 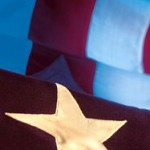 Several rating agencies have expressed serious concerns about the meaning, intent and potential consequences of the new Act. Moody’s downgraded the debt of nearly all debt issuers in Puerto Rico, including Puerto Rico’s general obligation debt to B2 and its COFINA bonds to Ba3, further below investment grade. We expect Standard and Poor’s and Fitch to take similar action.

Although passage of the Act has eroded the market’s confidence in Puerto Rico’s “willingness to pay,” we feel, given strong protective language in Puerto Rico’s Constitution, the possibility of a default by Puerto Rico’s general obligation bonds does not appear imminent. Similarly, COFINA bonds are also exempt from the Act, and we believe they have stronger security in the dedicated sales tax. The focus of our investments in Puerto Rico has been on these types of securities. However, the Act does create a path for the public agencies to seek restructuring of their debts, and the risk that at least one agency will seek such a course of action has now been heightened.

Our first duty is to our clients. With that in mind, several of our municipal bond mutual funds joined a number of funds managed by Oppenheimer in filing a lawsuit in the US District Court in San Juan challenging the constitutionality of the new Act.

With the relatively sudden change in the perception of Puerto Rico in the municipal market, it is very difficult at this early stage to predict what will happen next. We expect the situation to remain very fluid in the short term and will continue to communicate with our clients as we gain more clarity and the market digests ongoing developments. Our focus will remain on protecting the interest of our clients.

This article reflects the analysis and opinions of the authors as of July 9, 2014, and may differ from the opinions of other portfolio managers, investment teams or platforms at Franklin Templeton Investments.

Because market and economic conditions are subject to rapid change, the analysis and opinions provided are valid only as of July 9, 2014, and may change without notice. The commentary does not provide a complete analysis of every material fact regarding any country, market, strategy, industry, asset class or security. An assessment of a particular country, market, security, investment, asset class or strategy may change without notice and is not intended as an investment recommendation nor does it constitute investment advice. Statements of fact are from sources considered reliable, but no representation or warranty is made as to their completeness or accuracy.

All investments involve risks, including possible loss of principal. Municipal bonds are affected by interest rate movements. Municipal bond prices, and thus, a tax-free income fund’s share price, generally move in the opposite direction of interest rates. As the prices of the municipal bonds in a fund portfolio adjust to a rise in interest rates, the fund’s share price may decline. Changes in the credit rating of a bond, or in the credit rating or financial strength of a bond’s issuer, insurer or guarantor, may affect the bond’s value. Funds that hold a portion of their assets in Puerto Rico municipal bonds have been impacted by recent adverse economic and market changes. These changes may cause fund share prices to decline.