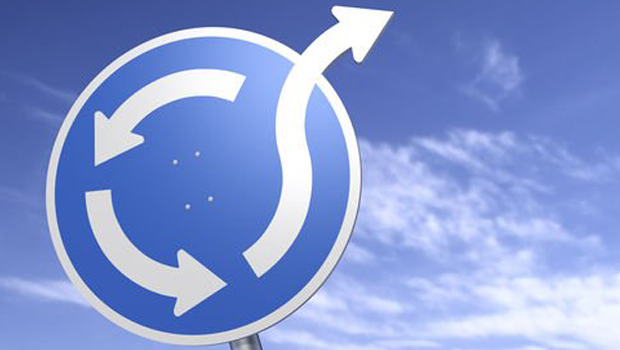 From the summer’s high-yield selloff to early autumn’s stock market volatility to the record highs reached by some stock indexes, 2014 has been a somewhat perplexing year for investors. With every pendulum swing, pundits debated whether the economic recovery was rolling along or getting a little long in the tooth. Many analysts believe the credit cycle, which measures how easily borrowers can access credit, is a primary governing factor over the health of an economy. Eric Takaha, director of the Corporate & High Yield Group, Franklin Templeton Fixed Income Group®, offers his insights into where the United States stands in its current credit cycle and weighs in on what the likely prospect of higher interest rates could mean for fixed income investors.

With the financial markets sending mixed signals throughout much of 2014, many investors may be concerned about the staying power of the US economic recovery that began in the aftermath of the 2007–2009 financial crisis. Because access to credit is a barometer for the health of an economy, we’re frequently asked how far along the United States is in its current credit cycle. Unfortunately, a scientific formula doesn’t exist to determine the answer to that question, but we can offer an assessment based on current trends and historical data.

In the early phases of a credit cycle, funds are relatively easy to borrow; typically, interest rates are low, lending requirements are relaxed, and there’s an increase in the amount of available credit. This is evidenced by a near record-setting pace of supply of bonds in the market across credit sectors in 2014.

The United States is coming up on its sixth year of economic recovery, and in a traditional credit cycle, it would be well down the road toward the end of the cycle, which usually runs about eight years from start to finish.

We believe the current recovery, however, is different from many others we’ve experienced previously because it has progressed fairly slowly and gradually. As many corporate management teams and boards of directors realized how severe the financial crisis was, they tended to be a bit more conservative with their balance sheets as a result. In our view, companies’ generally slow and steady approach to spending and expanding has, in turn, delayed the US economy’s progression through the credit cycle.

Nonetheless, we have found recently that many companies increasingly have been using leverage to engage in what are typically considered late credit-cycle activities. For instance, they’re pursuing shareholder-friendly activities, such as stock buyback and dividend increases, as well as mergers and acquisitions (M&A).

Although those activities could lead to a correction in the cycle, they haven’t occurred to the extent we have seen in previous cycles, and, in particular, the previous cycle that ended in 2007. In fact, much of the M&A that has occurred in this cycle has been large-capitalization companies using their stock to acquire another company. In the last cycle, by contrast, we found M&A was often highly leveraged, debt-financed buyouts. So even M&A, which typically hastens the economy’s march through the cycle, has not had much of a negative effect so far, in our view.

Overall, while we believe the United States appears to be more than halfway through the credit cycle, we don’t think we’re in the final stage. Looking ahead to 2015, we believe some deterioration in credit metrics will likely occur over the next 12 months. We say this not because earnings are declining—earnings still appear to be growing modestly— but because companies have, and will, we believe, continue to be somewhat more aggressive with their balance sheets and more willing to take on new debt.

Despite the debt building up on corporate balance sheets, default rates have been low during the last few years. While we wouldn’t be surprised to see an uptick in default rates going forward, we believe they may remain below their long-term averages heading into 2015.

In general, companies that have taken advantage of lower interest rates to refinance their debt at lower rates have improved their cash flow metrics, and many have a cushion that we think should enable them to weather at least a temporary slowdown in economic growth. Now, there likely will be selected defaults that do transpire due to excessive leverage, missteps by individual companies and longer-term trends that are moving against certain industries; however, overall the proportion of companies in the market that are considered distressed remains low, which we believe tends to be a pretty good indicator for default rates over the next year or so.

One exception would be the energy sector, which has not performed well over the last few months because of the precipitous drop in oil prices. In the last few years, small and mid-sized exploration and production companies have taken on more debt to fund their projects to grow reserves and production. While a continued weakening in energy prices may further pressure bond prices for these issuers, in our view the significant cheapening in valuations for many energy-related bonds has provided attractive long-term investment opportunities in select energy issuers.

The Federal Reserve (Fed) is expected to start raising interest rates in mid-2015 (according to most market watchers), but some have speculated that economic indicators, particularly US employment figures, recently have improved more than was predicted. This could lead the Fed to raise rates sooner than anticipated.

In a rising-rate environment, we would expect high-yield credit instruments would likely perform better than investment-grade securities because high-yield instruments offer greater spread1 cushions to compensate for the credit risk investors take on when purchasing them. When interest rates rise, we would expect to see that spread narrow over time, while more rate-sensitive sectors such as US Treasuries and other government and investment-grade-rated bonds will likely be more directly and negatively impacted by the higher rates.

Bank loans are an asset class that we think could potentially benefit from rising rates. Also known as leveraged loans, bank loans usually are below investment-grade instruments with floating-rate coupons that typically are tied to the London interbank offered rate (LIBOR). Because their coupons usually reset every three months, they typically don’t have the duration2 risk that longer-term loans would in a rising-rate environment. While most bank loans have an interest rate floor, if short-term rates rise above that floor, then we actually might expect to see higher income potential from these assets.

Hear from Eric about his unconstrained investment strategy in this short video.

Eric Takaha’s comments, opinions and analyses are for informational purposes only and should not be considered individual investment advice or recommendations to invest in any security or to adopt any investment strategy. Because market and economic conditions are subject to rapid change, comments, opinions and analyses are rendered as of the date of the posting and may change without notice. The material is not intended as a complete analysis of every material fact regarding any country, region, market, industry, investment or strategy.

All investments involve risks, including possible loss of principal. Bond prices generally move in the opposite direction of interest rates. Thus, as the prices of bonds in the fund adjust to a rise in interest rates, the fund’s share price may decline. Changes in the financial strength of a bond issuer or in a bond’s credit rating may affect its value. High yields reflect the higher credit risks associated with certain lower-rated securities held in the portfolio. Floating-rate loans and high-yield corporate bonds are rated below investment grade and are subject to greater risk of default, which could result in a loss of principal—a risk that may be heightened in a slowing economy. The risks of foreign securities include currency fluctuations and political uncertainty. Investments in developing markets involve heightened risks related to the same factors, in addition to those associated with their relatively small size and less liquidity. Investing in derivative securities and the use of foreign currency techniques involve special risks and, as such, may not achieve the anticipated benefits and/or may result in losses to the fund. These and other risk considerations are discussed in the fund’s prospectus.

2. Duration is a measure of the sensitivity of the price (the value of principal) of a fixed income investment to a change in interest rates. Duration is expressed as a number of years.