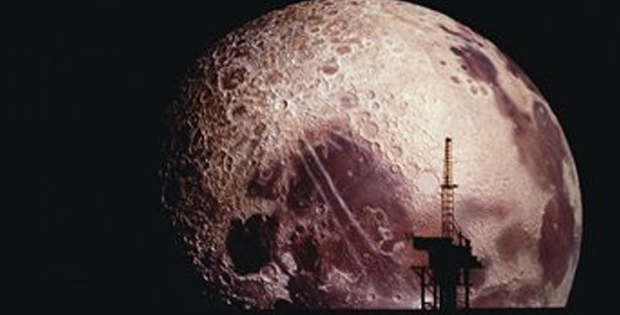 The plunging price of oil remains in the spotlight in early 2015, leading to much speculation about the economic and investment implications of a potential lower-price environment than we’ve had in recent years. Three professionals from Templeton Global Equity Group™, Norm Boersma, Cindy Sweeting and Heather Arnold, break down their views on the matter.

Global oil markets are in a state of imbalance as increased supply from North America, i.e., US shale assets, meets weakened demand from Europe, China and other emerging markets. Compounding the downward pressure on oil prices is a shift in Saudi/Organization of the Petroleum Exporting Countries (OPEC) behavior, with the Saudis seemingly no longer willing to act as the swing producer and de facto supporter of price stability. Instead, Saudi Arabia’s policymakers are apparently now content to hold the country’s supply constant and accept price volatility in order to pressure higher cost producers into capacity reduction.

On the supply side, oil production growth is slowing, though still positive. Integrated oil companies to date have indicated roughly 15%–20% capital spending cuts for 2015, and exploration and production companies (E&Ps) look to cut 20% to 30%.1 US shale output seems likely to continue growing in the short term; however, high natural decline rates (meaning the natural decline of a producing oil field if not stimulated) and curtailed investment should lead to lower growth expectations going forward. In the event that oil markets do not find equilibrium on their own, OPEC could still potentially cut production and normalize supply. The next OPEC meeting is scheduled for June 2015, but could come earlier should circumstances warrant.

On the demand side, we expect to see continued growth from non-OECD countries, driven primarily by increasing transportation fuel use in China and India. Lower oil prices could also provide a short-term boost to global demand, particularly from the United States, which could help balance the market. Looking longer term, increasing fuel efficiency standards and other conservation/substitution initiatives should serve to modestly erode oil demand, though lower conventional energy prices could slow the pace of demand erosion. Finally, the presence of financial players in the oil market has grown over the past several years and will likely continue to contribute to short-term price volatility in the future.

There are a number of developments on the supply side that could impact production levels in global oil markets. Iran and US nuclear talks could result in a lifting of sanctions, potentially releasing substantive supplies of Iranian oil onto the global market. Iraq has stated ambitions to meaningfully increase its daily oil output, though the target may be difficult to meet unless current conflicts in the region abate. In the US, shale production could remain elevated if production costs decline in line with falling energy prices. Elsewhere, we might see other countries begin to develop their own shale programs, though at current price levels this seems unlikely due to unfavorable economics.

Finally, we cannot rule out various unforeseen events like military conflicts, terrorist attacks or even an abrupt change in strategy from OPEC, any one of which could create significant supply shocks in global oil markets.

What Is the Investment Impact?

Consistent with Templeton’s conservative approach to fundamental forecasting, and in response to all available information, our central assumption is that OPEC maintains market share and production targets at current levels. We believe that market forces will likely curtail supply growth and demand will gradually recover, leading to equilibrium in oil markets on a medium-term horizon. OPEC’s recalcitrance means that most of this supply will likely come out of North American shale assets. As financial markets have come to this realization, there has been a negative impact on US oil services firms, but it is important to remember that supply in this part of the market is very flexible.

While the North American rig count can decline quickly, it can recover quickly as well. We do not attempt to explicitly forecast commodity prices, but instead analyze our energy holdings using a range of oil price assumptions to help build a margin of safety under “normalized” conditions. However, based on historical precedent and our analysis of the economics of the current situation, we expect that the price of oil will eventually return to a level that promotes continued investment. We believe favorable long-term conditions exist for certain E&P and integrated oil companies.

Energy is among the cheapest sectors in the world on a variety of metrics, according to our analysis, and a number of our holdings recently have been trading near historical trough valuations. While we expect continued volatility in the near term given depressed sentiment, we believe that the current environment offers a rare opportunity to buy what we consider long-term income and growth opportunities at deeply distressed levels. As Sir John Templeton once said, “To buy when others are despondently selling and sell when others are avidly buying requires the greatest fortitude, but pays the greatest rewards.”

All investments involve risks, including possible loss of principal. Special risks are associated with foreign investing, including currency fluctuations, economic instability and political developments; investments in emerging markets involve heightened risks related to the same factors. Investing in the natural resources sector involves special risks, including increased susceptibility to adverse economic and regulatory developments affecting the sector—the prices of such securities can be volatile, particularly over the short term.

1. Source: Based on current Templeton Global Equity Group analysis of the 2015 budgets of oil and E&P companies in our coverage universe.