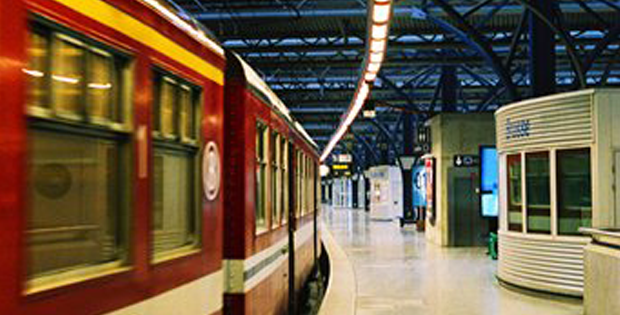 The eurozone’s long-running guessing game ended this week when the European Central Bank (ECB) finally announced a €1 trillion asset-purchase program that it hopes will kick-start inflation and spur economic activity in the growth-starved region. David Zahn, head of European Fixed Income, Franklin Templeton Fixed Income Group®, says the ECB’s plan was worth the wait and offers his analysis of what to expect in its aftermath.

The European Central Bank’s (ECB’s) plan to purchase at least €1 trillion in bonds, referred to as quantitative easing (QE), represents a big leap forward. I think it is a sizable amount of money. The plan demonstrates that the ECB not only talks, it also acts, which is important for market psychology.

I think the plan should have a modest impact on the ECB’s goals of weakening the euro exchange rate and making it easier for businesses and consumers to borrow money, which, in turn, may stimulate growth. The plan also should provide an accommodative backdrop for countries that are implementing necessary structural reforms, which are critical to the long-term recovery of the eurozone, in my opinion.

What I find unusual is that only 20% of the €1 trillion in bond purchases, or €60 billion a month through at least September 2016, will be risk-shared across all of the eurozone. It will be up to the individual national central banks to purchase the remaining 80%, and those countries will be responsible for the risks involved with holding those assets. I think it would’ve been better if the plan had called for the assets to be 100% risk-shared, and that the securities were held directly on the ECB’s balance sheet. That way, any losses—or gains—would be spread out among constituents. However, I don’t think that provision of the plan should significantly impact the national central banks because they have the ability to hold securities, even if the securities are trading at a loss, until maturity.

Market Outlook: Bonds on Board, Euro Under the Tracks

Assets eligible for purchase in the ECB’s €1 trillion program are government, agency and supernational bonds that are domiciled in the eurozone. Bonds with negative yields can be considered for purchase as well, according to ECB President Mario Draghi. His admission was a bit surprising since the ECB previously said it would not buy negative-yielding bonds. The United Kingdom and the United States have never bought bonds with negative yields. I think this change of heart shows how committed the ECB is to making its QE program work.

While not part of the ECB’s asset-purchase plan, corporate debt, in my opinion, may still do quite well on the back of the program. I think there will likely be a moving out on the risk spectrum as the ECB buys government bonds, and investors then have to find something else to own to get yield. I think it’s likely that investors will head into corporates, and I think that may lead corporate spreads to continue to decline.

Additionally, with the launch of the QE plan, the ECB has just reemphasized that it’s there to inject as much liquidity into the market as possible. I think that means European bonds are potentially positioned to perform well—especially relative to other bond markets in the world—because the ECB is very much on a heavy easing cycle, compared with other countries where there is talk that rates eventually will rise (namely the United States). Overall, I don’t think QE will be good for the eurozone currency, and I think the euro will probably lose value in the wake of this plan over time.

A few final words about exchange rates during the buildup to the ECB’s announcement, namely the Swiss National Bank’s (SNB) abandonment of its currency cap on the Swiss franc versus the euro. The removal of the cap, which had pinned the currency at 1.20 francs per euro, caused a significant drop in the euro versus the Swiss franc.

I think SNB realized that if a large QE program was coming from the ECB, it would have to buy too many assets to maintain the cap on the Swiss franc. Instead, the SNB decided it would rather move before people saw the QE, so the Swiss could deal with their economy’s issues on their own terms. However, I do think this preemptive move has cost SNB some credibility, because bank officials said just recently that the currency cap was one of the key pillars of their system. It obviously wasn’t, because they dropped it. I also think it means that there will likely be an ever-increasing deflationary pressure in Switzerland, which they will have to try to deal with, again, on their own terms.

To get insights from Franklin Templeton delivered to your inbox, subscribe to the Beyond Bulls & Bears blog. For timely investing tidbits, follow us on Twitter @FTI_US and on LinkedIn.

All investments involve risks, including the possible loss of principal. Bond prices generally move in the opposite direction of interest rates. Thus, as prices of bonds in an investment portfolio adjust to a rise in interest rates, the value of the portfolio may decline. Special risks are associated with foreign investing, including currency rate fluctuations, economic instability and political developments. Currency rates may fluctuate significantly over short periods of time, and can reduce returns