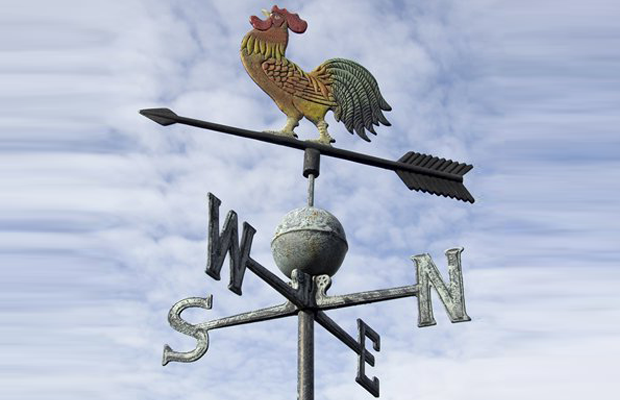 Only a month into the new year and investors already have plenty to think about, from plunging oil prices to a key election in Greece to dramatic changes in central bank policy, including potentially rising interest rates in the United States. Some of these trends may be viewed as headwinds—or tailwinds—depending how you look at it. Christopher Molumphy, chief investment officer, Franklin Templeton Fixed Income Group®, identifies the prevailing financial themes he’s monitoring in early 2015, and weighs in on the impact of diverging global central bank policy and the potential effect of lower oil prices on consumers and investors.

The US economic picture remains relatively upbeat in comparison with some other parts of the globe that are confronting somewhat more challenging conditions. While the eurozone has struggled to tackle its problems and Japan has undertaken unprecedented stimulus measures, the US Federal Reserve (Fed) has determined that the US economy is healthy enough to end its six-year quantitative easing (QE) program.

At its core, the US economy’s single most important driver is its labor markets, and the US labor markets are improving. Nearly 3 million net new jobs were created in the United States in 2014—the best in about 15 years1—and, in turn, unemployment dropped from 6.7% to 5.6% during the 2014 calendar year.2

The Fed has stated that its definition of full employment is an unemployment rate of approximately 5.2% to 5.4%.3 Assuming the United States reaches that target, we think the Fed will start increasing the federal funds rate (its benchmark short-term lending rate), which has been hovering near zero for years. Whether the fed funds rate increases begin in midyear 2015 or perhaps during the third quarter, no one—including us—can predict with certainty, but we think it seems likely we should start seeing rates gradually move up this year.

After years of being told increases were just around the corner, investors may be wondering if US interest rates finally will indeed rise in 2015—or if we’ll see another year that’s much ado about nothing. Looking back to this time last year, at the start of 2014, intermediate-term US Treasuries were yielding about 3%.4 At that time, the market consensus was that rates were definitely going to rise. But intermediate-term Treasuries ended 2014 a touch under 2.2%.5 As 2015 began, the consensus was, again, for intermediate US government rates to tick up. Yet, in mid-January, intermediate-term Treasury yields actually dipped to 1.8%.6

So, where are US rates going in 2015? As long-term, fundamental investors, we think the equilibrium rate—the prevailing interest rate when supply equals demand—for intermediate US Treasuries should be higher and likely will move higher—eventually. Economic growth has been improving, the labor markets have continued to tighten, and wages should rise at some point. Ultimately, that should result in broader inflation and, hence, higher interest rates.

Having said that, over the short to intermediate term, there remain some other significant factors influencing US interest rates, and keeping inflation in check. For example, we believe the precipitous drop in fuel prices likely will bring headline inflation numbers7 lower for at least the next two quarters or so.

When we look at global yields, we see a different picture. In the United States, investors tend to focus on domestic issues, but we shouldn’t forget that markets are global. Intermediate government yields in Germany, for example, stand at roughly 0.50%8 and intermediate government yields in Japan at about 0.25%.9 By comparison, at current levels, US Treasury yields could be seen as generous; the United States wouldn’t necessarily have to offer higher yields to lure investors away from other developed countries.

The flood of global liquidity that has dominated markets and taken financial markets higher over the last few years has also had a stifling effect on interest rates. Even though the Fed has pulled back from its QE program, Japan is going full bore and the eurozone plans to launch its own QE program in March. The annual level of Japan’s asset purchasing was raised to ¥80 trillion.10 This massive amount of liquidity could have significant implications for the global markets in 2015, because money printed in Japan is not likely to stay in Japan; we believe it will spread globally.

Additionally, the European Central Bank’s (ECB’s) QE program was every bit as aggressive as both we and the market anticipated. With a committed injection of €1 trillion-plus over the next year and a half, significant global market liquidity will persist. Over the short to intermediate term, we would anticipate this dynamic continuing to both suppress the level of global interest rates, as well provide a favorable backdrop for financial markets broadly.

The impact of the recent plunge in oil prices is also on investors’ minds. If oil prices remain at their current levels, we expect there to be winners and losers. On the one hand, clearly, many energy-related companies will be impacted. We’ve already seen some decreases in employment in the sector, and the beginning of reductions in corporate investment and earnings.

On the flip side, we believe lower oil prices will likely be a net positive for economic growth in the United States and other oil-importing countries. Although the US oil boom has allowed the United States to reduce its dependency on oil produced by members of the Organization of the Petroleum Exporting Countries (OPEC) by 60% since 2008, it still imports a portion of its supply from OPEC nations and Canada.11

Consumers have been the beneficiaries of a significant windfall over the past six months, and we think that could continue through 2015, if oil prices don’t rebound significantly. The resulting boost to consumers could lift US gross domestic product.

Our view is the tremendous collapse in prices we’ve seen over the last six months does not necessarily signify global growth will drop substantially as well. China’s slowing growth rate has worried some investors but, in our opinion, its economy moderated in 2014 but did not face a “hard landing.” We continue to see indications of a healthy shift in the composition of China’s economy to stronger, more sustainable consumer growth. It’s also important to note that China’s economy is much larger today than it was 10 years ago. Even a 7% growth rate today creates a much larger global aggregate demand effect than China’s growth rates from 10 years ago did, when the country was growing at 10%–12%.

Will Greece Derail the Eurozone?

Greece is another example of an emerging-market economy that has troubled market watchers, and the country’s recent election of an anti-austerity prime minister has only added to the worries. Unfortunately, economic and political troubles there are nothing new. Greece is dealing with many of the same problems it faced earlier in the decade when it enacted austerity programs and reforms in exchange for a bailout from the International Monetary Fund, the ECB and the European Commission. Greece is a small economy, and we see the problems there as largely isolated and not systemic throughout the eurozone.

As an emerging market, Greece is an example of how, broadly speaking, emerging markets face dramatically different fundamentals. We have seen opportunities surface where better-performing countries with good economic prospects have been pulled down by general investor sentiment. As long-term, patient investors, our strategy in emerging markets—and everywhere else—follows a disciplined approach through changing market environments.

Christopher J. Molumphy’s comments, opinions and analyses are for informational purposes only and should not be considered Individual investment advice or recommendations to invest in any security or to adopt any investment strategy. Because market and economic conditions are subject to rapid change, comments, opinions and analyses are rendered as of the date of the posting and may change without notice. The material is not intended as a complete analysis of every material fact regarding any country, region, market, industry, investment or strategy.

All investments involve risks, including possible loss of principal. Changes in interest rates will affect the value of a portfolio and its yield. Bond prices generally move in the opposite direction of interest rates. Thus, as the prices of bonds in a portfolio adjust to a rise in interest rates, the portfolio’s yield may decline. Special risks are associated with foreign investing, including currency fluctuations, economic instability and political developments. Investments in developing markets involve heightened risks related to the same factors, in addition to those associated with their relatively small size and lesser liquidity.

1. Source: US Department of Labor.

3. Source: Board of Governors of the US Federal Reserve System.

7. Headline inflation refers to the US Bureau of Labor Statistics’ All Items Consumer Price Index for All Urban Consumers (CPI-U) and includes food and energy prices.