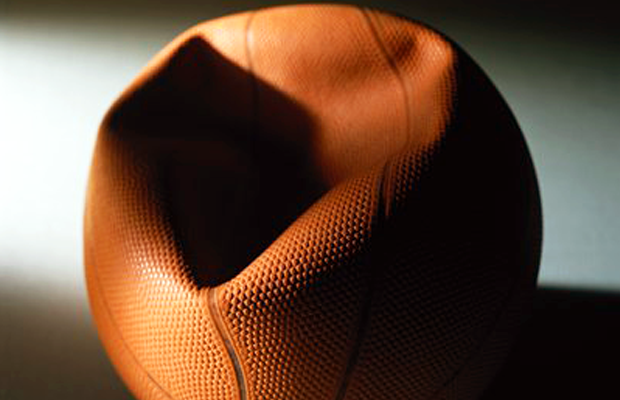 Consumers who have been raised to fear inflation may find it hard to understand why falling prices could ever be negative. Like many things in life, however, too much of a seemingly good thing sometimes can spell trouble. Donald Taylor, president and chief investment officer, Franklin Equity Group®, US Value, explains why, much like a football or basketball, an economy grappling with deflation is not in its optimal condition. He also describes the efforts afoot to stimulate growth in some parts of the world where deflation is encroaching, and what he thinks may happen in the global equity markets if those measures succeed.

Deflation—defined as a drop in the general level of pricing for goods and services—has over recent decades been largely an alien concept for investors and consumers in the United States. Indeed, investors who have been conditioned to worry about the effect of inflation—the opposite of deflation—on their savings may be surprised to hear policymakers attempting to maintain an upward price trajectory. But that’s exactly what’s happening in some parts of the world.

That’s because long-term deflation can be as much of a threat to a country’s economy as runaway inflation. If prices are falling too far for too long, consumers could delay purchases in the hope of getting a better deal later, and businesses may be less likely to produce products that could be worth less by the day. Such a scenario could have a paralyzing effect on an economy.

Japan’s ongoing economic malaise provides an example of the problems deflation can cause in an economy over long periods of time, although its leaders appear to be finally fighting back through an aggressive three-pronged attack of fiscal stimulus, monetary easing and structural reform. Meanwhile, the threat of deflation seems to have intensified more recently in the eurozone, where headline inflation fell to an annualized -0.2% in December 2014.1 Granted, the collapse of oil prices contributed to the slide into negative territory. However, the region’s core inflation numbers—which exclude food, fuel, alcohol and tobacco—still showed a lackluster increase of 0.8%.2

It’s the job of central bankers to keep both destructive deflation and rampant inflation in check, through policies that foster long-term price stability and sustainable growth. Central banks around the world haven’t had much success in those endeavors lately, but I expect some improvement since the European Central Bank (ECB) is poised to follow the United States and Japan in launching what I consider to be a large quantitative easing (QE) program.

Can the ECB Ignite Inflation?

The ECB’s QE program involves the purchase of at least €1 trillion in bonds from eurozone institutions through September 2016 and possibly beyond. The ECB is purchasing bonds to free up money that it hopes will be borrowed and then spent by consumers and businesses, which, in turn, may stimulate growth. The goal of QE programs in general is to increase demand and inflation by increasing the money supply, which should help fight deflation.

I have little doubt the ECB and other central banks such as the Bank of Japan—which has committed ¥80 trillion a year to its QE program—will continue to try to do what they believe is needed to boost inflation. The situation is a little different in the United States, where the US Federal Reserve (Fed) ended its QE program in 2014. Even though there’s talk of the Fed starting to raise interest rates this year, the Fed is also very concerned about getting inflation up to its 2% target at a time when the collapse in commodity prices, particularly oil, is pushing US headline inflation rates lower, at least for the near term.

Investors fearing deflation and slowing economic growth have been scurrying into government bonds, particularly over the last year, driving bond prices up and yields down. If the various QE programs succeed in kick-starting inflation, we would expect longer-term sovereign yields likely would rise. Coinciding with that, we’d expect commodity prices likely would stabilize and oil prices would rebound a bit. I’d also expect the US dollar, which has gained ground recently against currencies such as the euro and yen, could weaken slightly. As economies grow and panic subsides, I expect investors could feel more confident about other market sectors.

As global growth and interest rates start to rise, I’d expect that “bond proxies”—stocks in sectors such as utilities and real estate, which have performed particularly well in the United States in the current deflationary/low-growth environment—may sell off or underperform. Ultralow interest rates have driven many yield-seeking but risk-averse investors toward these bond proxies, which resemble bonds in the sense that they can provide income potential, and are considered by many observers to be relatively lower risk within the broader equity market. If growth conditions improve, I believe these types of stocks may not be as attractive to investors.

On the opposite end of the risk spectrum from utilities and real estate, very growth-oriented stocks may also see a drop in popularity if fears of a global slowdown abate. As global growth slows, or amid fear that it’s slowing, we have found that stock prices of really “true growth” companies are likely to rise, as many did in 2014. Think about it: Growth is scarce, so it costs more in those pockets where and when you do find it. If conditions reverse, and there’s a sense that growth will be more plentiful, investors don’t have to a pay a premium for “true growth” stocks to achieve growth, as more companies that may be outside of the “true growth” bucket should be able to deliver it.

Overall, while I don’t believe US interest rates will stay unchanged forever, I’m still envisioning a low interest-rate environment near term. I consider that a compelling catalyst for equities, provided that inflation remains muted, and global economic growth gathers momentum, even below optimal levels.

For our portfolios that focus on dividend growth, we have favored companies that may be paying lower current yields, but which we believe have higher dividend growth prospects. We believe more economically sensitive sectors such as industrials, materials and consumer discretionary could be outsized beneficiaries if central banks succeed in their fight against deflationary expectations. Meanwhile, many companies in the health care and consumer staples sectors have been able to achieve double-digit dividend growth year in and year out, and we expect this trend to continue. Our thesis remains: companies that grow their dividends at double-digit rates tend to experience stock price appreciation in line with dividend growth over the long term.

Donald Taylor’s comments, opinions and analyses are for informational purposes only and should not be considered individual investment advice or recommendations to invest in any security or to adopt any investment strategy. Because market and economic conditions are subject to rapid change, comments, opinions and analyses are rendered as of the date of the posting and may change without notice. The material is not intended as a complete analysis of every material fact regarding any country, region, market, industry, investment or strategy.

All investments involve risks, including possible loss of principal. Investing in dividend-paying stocks involves risks. Stock prices fluctuate, sometimes rapidly and dramatically, due to factors affecting individual companies, particular industries or sectors, or general market conditions. Companies cannot assure or guarantee a certain rate of return or dividend yield; they can increase, decrease or totally eliminate their dividends without notice.