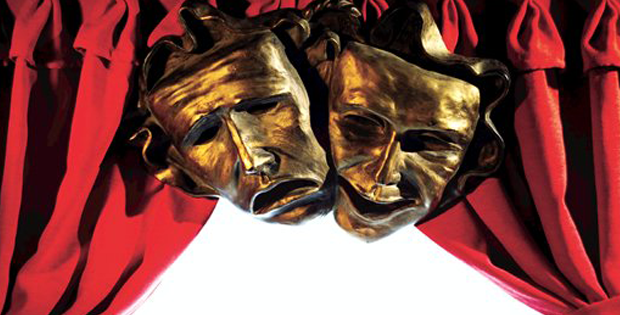 Greece’s debt problems have retaken center stage, as payment deadlines approach and negotiations with creditors continue. The money-strapped country and Syriza, its radical left-wing ruling party, are back in the headlines and on the minds of investors, as predictions that Greece could leave the eurozone abound. David Zahn, head of European Fixed Income, Franklin Templeton Fixed Income Group®, offers his perspective on Greece’s dramatic debt saga, as well as the orderly beginning of the European Central Bank’s quantitative easing program.

As Greece’s debt drama continues to unwind, some observers are predicting the country could default on its €315 billion owed, leave the eurozone—or both. Greece’s departure from the currency bloc would probably be more of an emotional than an economic tragedy for the region, in my opinion. Greece is very much a Greek problem, in my view, and its exit from the eurozone would likely be very detrimental to Greece’s economy.

I think, however, there is room for compromise between Greece and its creditors, since Greek Finance Minister Yanis Varoufakis has said his country will meet all of its financial obligations. Greece’s Ministry of Finance upheld that promise on April 9 when it made a €460 million payment to the International Monetary Fund (IMF). The Greek government had to meet the payment deadline to continue negotiating with the IMF and eurozone finance ministries for another bailout package that would keep the country afloat—for the time being. While the Greek government is seeking additional funds and loan concessions, IMF and eurozone representatives are pushing for spending cuts and tax increases. The Greek government hopes to reach an agreement at an April 24 meeting with the eurozone finance ministers. If representatives of Syriza, the government’s ruling party, come to the table and actually negotiate, I think their creditors would be happy to have a reasonable discussion, but in my view, they are not likely to allow the Greeks to write off any debt.

If Greece defaults and/or leaves the eurozone, I don’t think it will have a long-term effect on the eurozone’s debt markets, although we’d expect to see some short-term volatility as the situation unfolds. Unlike several years ago, the majority of Greece’s €315 billion debt is now owned by public entities; so we’d anticipate that any fallout would be contained primarily in public institutions such as the IMF and the European Central Bank (ECB).

While I think Greece’s potential exit from the eurozone stage would not likely have long-term effects on other countries in the region, its political influence has grown since the election of ruling party Syriza earlier this year.

Syriza is the first extremist party Europe has seen in many years that says it wants to completely reverse what its country’s previous government had done. In Syriza’s case, for example, it campaigned on a promise to end the former administration’s austerity programs. While Syriza leans far left, its victory seemed, in the short term, to have boosted extremist parties on both ends of the political spectrum in countries such as France and Spain.

Since gaining power, howerver, Syriza has not been able to deliver as much as it had promised, such as adding thousands of jobs to the economy and writing off most of the country’s debt. Instead, Syriza has had to backtrack and move toward what the previous Greek government was doing. In turn, we see that support for some fringe parties has declined throughout the region recently. In France, for example, Marine Le Pen’s anti-euro, far-right National Front party gained a respectable 26% of the vote in last month’s local elections, but it didn’t emerge as the top party as had been predicted. And in Spain, the anti-austerity Podemos (We Can) party recently suffered setbacks in the polls after riding high for a number of months.

If the Syriza party can do what it has promised to do, I think extremist parties will probably become much more popular across Europe. However, if Syriza representatives end up reneging on their promises and do not get nearly as much done, I think it will probably mean that we could see a continued drop in the polls for some extremist parties throughout the eurozone.

In contrast to Greece’s theatrics, the ECB’s much-anticipated €1.1 trillion quantitative easing (QE) program began calmly last month. The ECB has announced that it is ahead of schedule to spend its promised monthly target of €60 billion. I think it’s important that the ECB spends exactly €60 billion for the first several months at least, because it needs to ensure that its QE program succeeds. And, fortunately, there doesn’t seem to be any scarcity of bonds, as was feared when some holders of government securities said they were not going to sell them. The ECB has been able to buy bonds quite readily to carry out its QE program, and they are not creating any major distortions in the market at the moment. I think, overall, the ECB’s QE program—which is just in its first month—is headed down the right road so far.

That said, QE plays just one part in the eurozone’s recovery story. I believe continued reform is needed at the government level, as is structural reform in the labor markets. I think countries within the eurozone also should lift some of their controls to allow their economies to be freer, which would encourage growth, because Europe doesn’t have a high-growth potential at the moment. Growth is quite low in Europe, even though it’s slightly more positive than in the fourth quarter of last year. I think QE will allow the economies some breathing room, which could help smooth the way for reform, but that will take time.

All investments involve risks, including the possible loss of principal. Bond prices generally move in the opposite direction of interest rates. Thus, as prices of bonds in an investment portfolio adjust to a rise in interest rates, the value of the portfolio may decline. Special risks are associated with foreign investing, including currency rate fluctuations, economic instability and political developments. Investments in developing markets involve heightened risks related to the same factors, in addition to risks associated with these markets’ smaller size, lesser liquidity and the potential lack of established legal, political, business and social frameworks to support securities markets. Currency rates may fluctuate significantly over short periods of time, and can reduce returns.