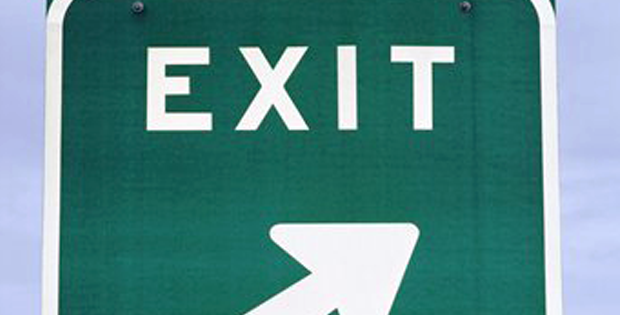 The victory of the center-right Conservative Party in the recent UK election, while broadly welcomed by financial markets, has brought back to the fore questions about the future make-up of the European Union (EU or “Union”)—recognized by the International Monetary Fund and the World Bank as the largest economy in the world.1 One of the Conservatives’ central pre-election promises was a referendum on the United Kingdom’s membership of the EU, raising the possibility that one of the most powerful members could leave the organization. The referendum looks set to take place after it was included in the Queen’s Speech at the opening of Parliament on May 27, which sets out the UK government’s agenda for the next five years. Here, three of our investment professionals with considerable experience in the region, David Zahn, Heather Arnold and Philippe Brugere-Trelat, analyze the situation and consider what the so-called “Brexit,” or British exit from the EU, could mean for the United Kingdom and Europe.

The election in the United Kingdom of a Conservative government—albeit with only a small majority—seemed to prompt a period of euphoria in the financial markets. Many market participants seemed to feel that the result was favorable.

However, the Conservative victory also means that—at some point in the next five years—there likely will be a referendum on the United Kingdom’s membership of the European Union (EU). This is not just my view; the current projected timeline is for the referendum to be held in 2017. That certainly does seem a long way off. From the market’s perspective, bearing in mind the uncertainty surrounding the likely outcome, I would hope the government could come to some conclusion sooner than that.

However, Prime Minister David Cameron has said he wants the opportunity to negotiate with the EU on potential reforms and the United Kingdom’s future role before the referendum, and history tells us that such negotiations are rarely accomplished quickly.

On the other hand, I suspect the Conservative victory, which came as a surprise to most observers, may have served as a wake-up call to other European leaders and to those who will be responsible for leading the EU’s negotiations.

Whatever one’s view of the Conservative government, it should be clear to the EU that UK voters have firmly put their faith in their leadership. As a result, I think the EU will recognize it needs to take the whole issue of the United Kingdom’s reform agenda for the EU and the renegotiation of UK membership a lot more seriously than it did before the election. Already we’re starting to hear some anecdotal evidence of companies considering what a vote to leave the EU would mean for them, and suggestions that a number are starting to consider their options, including potentially redomiciling.

When it comes to the expected referendum, I think the way the government words the question that is to be put to the public will be really important and markets will, I believe, start to focus on that. It could, for example, be worded in such a way to make a UK exit more likely or alternatively phrased in a way to make a continued membership more likely. So I do believe that the shadow of the referendum will bring some uncertainty to financial markets once they get fully focused on it, but I recognize too that volatility stemming from uncertainty can bring opportunities.

The idea behind the formation of the EU is a noble one. It has encouraged European countries to focus on what unites rather than divides them, has allowed for the free flow of goods, labor and money, and importantly has provided member countries with a strategic voice at the global negotiating table. If the UK conservative government puts EU membership or Brexit to a vote by 2017 as promised, one would hope that the case for or against gets a rational and thorough airing. Our perspective is that the United Kingdom gains a number of benefits by remaining in the Union. One of the most critical is its ability to help shape EU policy going forward from within.

EU members face many shared issues, the most contentious of which currently is immigration. All European countries are struggling with waves of refugees and the free flow of labor across borders. In our view, a UK-only solution is unlikely to work as well as a unified EU solution. Economically, the United Kingdom would have to rethink its trade and financial policies. Likely, an exit from the EU would entail some closing of the UK economy. Having lived in the United Kingdom for nine years, I myself witnessed the extent to which the United Kingdom has benefited from having an open economy. A key beneficiary has been its vibrant financial sector. If the United Kingdom were to exit the Union, I think undoubtedly UK financial companies would have to adhere to EU regulations in order to access these markets without having meaningful input into the setting of these regulations. This would likely negatively impact capital flows and possibly even the cost of capital to the United Kingdom.

At the end of the day, life in Europe would go on if the United Kingdom decides to step back further from its position in the Union. The United Kingdom already has its own currency, has opted out of a future banking union and pursues largely independent foreign and defense policies. Still, from our perspective, the potential benefits to the United Kingdom in helping shape the future of Europe by remaining in the EU appear to outweigh the costs.

I certainly think there is likely to be an overhang on the UK equity market until there is some form of resolution to the uncertainty over the United Kingdom’s future in the EU. But I don’t think that, in the end, the United Kingdom will vote to leave the EU. First of all, from everything I’ve read, it seems the overwhelming majority of the UK corporate world wants the country to stay within the EU. The reason for that is very simple: The EU is a main trading partner of the United Kingdom. The EU accounts for more than half of the UK’s exports,2 and an independent United Kingdom could lose most of its trading privileges with the rest of Europe. That would likely have a significant impact on UK exports and its gross domestic product (GDP).

In my view, the big risk for the United Kingdom of exiting the EU would be marginalization, not just economically, not just financially, but also politically. I think it’s quite fanciful to imagine that the United Kingdom on its own today could regain its status as one of the great trading partners in the world. And I would even go so far as to suggest that the status of the United Kingdom as a large world financial center could be at risk if it were to leave the EU.

All in all then, I don’t think Brexit would present a very good prospect for the United Kingdom, in general, and personally speaking I don’t think it’s likely to happen.

The comments, opinions and analyses are the personal views expressed by the investment managers. They are for informational purposes only and should not be considered individual investment advice or recommendations to invest in any security or to adopt any investment strategy. Because market and economic conditions are subject to rapid change, comments, opinions and analyses are rendered as of the date of the posting and may change without notice. The material is not intended as a complete analysis of every material fact regarding any country, region, market, industry, investment or strategy.

All investments involve risks, including the possible loss of principal. Stock prices fluctuate, sometimes rapidly and dramatically, due to factors affecting individual companies, particular industries or sectors, or general market conditions. Bond prices generally move in the opposite direction of interest rates. Thus, as prices of bonds in an investment portfolio adjust to a rise in interest rates, the value of the portfolio may decline. Special risks are associated with foreign investing, including currency rate fluctuations, economic instability and political developments. Investments in developing markets involve heightened risks related to the same factors, in addition to risks associated with these markets’ smaller size, lesser liquidity and the potential lack of established legal, political, business and social frameworks to support securities markets. Currency rates may fluctuate significantly over short periods of time, and can reduce returns.