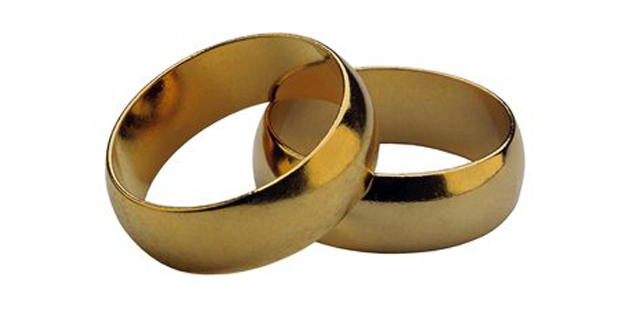 In a historic decision on June 26, the US Supreme Court ruled that same-sex couples in the United States have a constitutional right to marry. Gail Buckner, vice president and our national planning spokesperson, breaks down what this landmark ruling means, and how it impacts Social Security benefits.

In a major victory for the LGBT community, by a vote of 5 to 4, the US Supreme Court has ruled that Americans have a fundamental, i.e., constitutional, right to marry, regardless of gender.

In the Obergefell v. Hodges decision, the justices determined the right to marriage equality for same-sex couples falls under the 14th amendment’s equal protection clause, overriding the states that continued to define “marriage” as a union of a man and a woman. It requires that legally married same-sex couples be treated the same as heterosexual ones and extended the same rights and protections with regards to marriage—no matter where they live.

As you may recall, a year ago in the Windsor case the high court struck down the federal government’s definition of “marriage,” saying that limiting this to two individuals of the opposite sex amounted to discrimination. Since then, federal agencies such as the Internal Revenue Service and Department of Labor have revised their regulations to recognize same-sex marriages.

However, despite Windsor, same-sex couples living in states such as Texas have not been able to qualify for Social Security spousal benefits. The reason goes back to the founding of our country and the language of the Social Security Act of 1935.

The United States of America consists of 50 individual states united under a single national government. But from the beginning, there has been a “separation of powers” between the federal government and the states. Among other things, states retained the right to define “marriage.” (For instance, some states recognize “common law” unions while others don’t.)

When Congress passed the Social Security Act of 1935 it did not define “marriage.” Instead, it stated that, for purposes of Social Security, the federal government would defer to the definition of marriage used by a couple’s state of residence. (Sec. 216 of 42 U.S.C. Sec.216) Thus, despite the Windsor decision, the Social Security Administration’s hands were tied. It could not simply announce that it was granting spousal benefits to same-sex couples, regardless where in the United States they live; the very Act which created the program required that it follow state law.

Now that the Supreme Court has ruled that Americans have a constitutional right to marry an individual of the same gender, states must now recognize same-sex unions. This change in state law will enable Social Security to begin paying spousal benefits to legally married same-sex couples. The same rules and eligibility requirements will apply. For a concise summary of these, see Franklin Templeton’s Options for Spouses, Widows & Ex-Spouses. Choosing when and how an individual applies for Social Security benefits can have a big impact on the size of those benefits. This decision becomes significantly more complex if you are or were married—something same-sex couples will now need to consider.

In the wake of Windsor, last year the Social Security Administration urged same-sex couples to apply for spousal benefits if they otherwise met the qualifications. Those who did so will be entitled to retroactive benefits back to the date of their initial filing. Visit the Social Security Administration’s web site for more information in regard to this latest ruling.

Learn more about Social Security claiming options for divorced or widowed spouses in the brief video below.

Certified Financial Planner Board of Standards Inc. owns the certification marks CFP®, CERTIFIED FINANCIAL PLANNER™, CFP® (with plaque design) and CFP® (with flame design) in the United States, which it awards to individuals who successfully complete CFP Board’s initial and ongoing certification requirements.

Gail Buckner’s opinions are for informational purposes only and should not be considered individual investment advice. Because financial and legal conditions are subject to rapid change, opinions are rendered as of the date of the posting and may change without notice. The material is not intended as a complete analysis of every material fact regarding any investment or strategy.

All investments involve risks, including possible loss of principal. This material is being provided for general information purposes only and should not be construed as investment, tax, or legal advice, or as a solicitation to buy or sell any specific securities product, or used as the final determinant of the best strategy on how and when to claim Social Security benefits. The hypothetical scenarios are estimates, based on assumptions, and designed to provide a general understanding of the impact of different Social Security benefit claiming strategies. Social Security benefits claiming decisions can be complex and depend on various personal factors, legal and financial considerations, and tax laws, all of which can change frequently. Individuals are strongly advised to consult with appropriate financial, legal or tax advisors about their specific circumstances and individual goals.