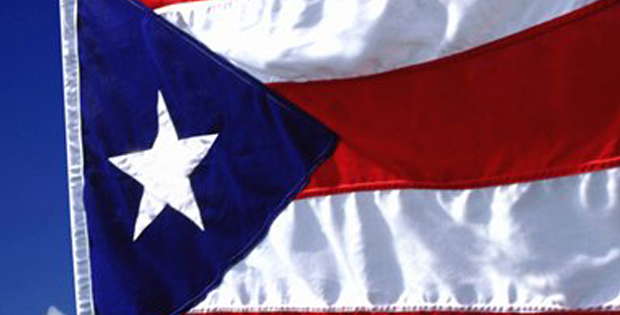 Today, Rafael Costas and Sheila Amoroso discuss the problems plaguing Puerto Rico. Puerto Rico’s governor recently declared that the commonwealth would need to seek significant concessions from many of its creditors, including a possible period of bankruptcy to restructure outstanding debt totalling $72 billion. Following the announcement, ratings agency Standard & Poor’s lowered its credit rating on Puerto Rico to “CCC-” with a negative outlook, from “CCC+.”

In a television address broadcast to the entire island Monday night, Puerto Rico’s governor Alejandro Garcia Padilla openly stated what he was quoted as saying over the weekend in a recent New York Times interview: that a point has been reached at which the debt is “not payable.” He called for creditors and bondholders to provide significant debt relief by forgoing interest and principal for the next “few years.” He did not provide any details or proposals beyond that. Rather, he announced the creation of a working group comprised of senior administration and legislative officials to work with bondholders and creditors on a plan of restructuring. Puerto Rico bonds have weakened again today following the speech.

In our opinion, the governor’s wishes are going to be very difficult—and expensive—to realize. Many kinds of creditors are involved in Puerto Rico (including traditional buyers such as mutual funds, as well as banks, hedge funds and individual retail holders who live in Puerto Rico or the United States), who will cite the very real legal and constitutional protections that general obligation and sales tax (COFINA) bonds grant in their indentures as well as in Puerto Rico’s constitution. At the very least, in our assessment, Puerto Rico can expect creditors to seek legal affirmation and protection of contractual rights. Unfortunately, we think it will likely be a long and costly legal battle regardless of the outcome.

Another Isolated Incident in a Large Market

We do not see the latest news about Puerto Rico as spilling over into the overall muni market, which we view as healthy overall.

Many state and local governments have experienced increased revenues as the economy has improved since the end of the last recession while they have also been careful in taking on additional debt. To be sure, challenges remain for some state and local governments, primarily rising costs associated with pensions and health care. We believe that similar to other headline-grabbing examples, such as Detroit and Stockton, CA, the situation in Puerto Rico is unique to the issuer. No other state/US territory is currently in the financial straits that Puerto Rico finds itself.

The comments, opinions and analyses expressed herein are personal views of the investment managers and are intended to be for informational purposes and general interest only and should not be construed as individual investment advice or a recommendation or solicitation to buy, sell or hold any security or to adopt any investment strategy. It does not constitute legal or tax advice. The information provided in this material is rendered as at publication date and may change without notice, and it is not intended as a complete analysis of every material fact regarding any country, region, market or investment.

All investments involve risks, including possible loss of principal. Municipal bonds are sensitive to interest-rate movements. Municipal bond prices generally move in the opposite direction of interest rates. Changes in the credit rating of a bond, or in the credit rating or financial strength of a bond’s issuer, insurer or guarantor, may affect the bond’s value. Funds that hold a portion of their assets in Puerto Rico municipal bonds have been impacted by recent adverse economic and market changes. These changes may cause fund share prices to decline.