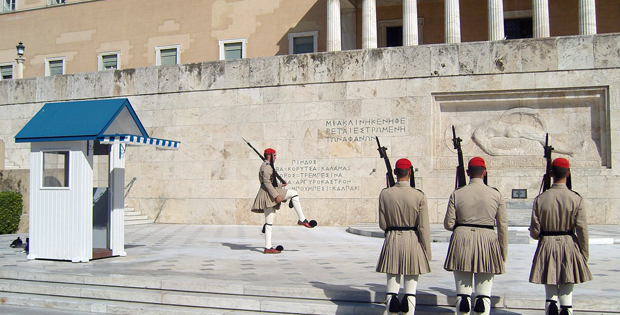 One chapter of the Greek debt saga closed on Wednesday (July 15) with the country’s parliament giving its approval to a fresh bailout plan agreed to earlier in the week by Prime Minister Alexis Tsipras and European Union negotiators. But it’s by no means the final chapter. The bitter arguments that have brought Europe to this point will take much longer to heal. David Zahn, head of European Fixed Income, Franklin Templeton Fixed Income Group, believes the eurozone could emerge more integrated, but he says some fractures have emerged that need attention first.

Overall, it seems to us that the new bailout deal agreed to by the Greek government and its creditors on Monday (July 13), and now approved by the Greek parliament, is worse for the Greek people as it is likely to lead to further austerity than the one put before the Greek voters—and rejected—in a referendum at the beginning of the month.

I don’t think that’s surprising given that both the economic situation in Greece and political relations between the Greek government and its creditors have deteriorated since the referendum vote. It seems clear, however, that the Greek authorities decided that the most important thing was to stay in the euro.

I wouldn’t say, as some commentators have, that the possibility of Greece leaving the eurozone (“Grexit”) has now been eliminated, because there are still some hurdles to overcome to bring this deal to fruition, but Greece’s parliamentary approval means the probability has been greatly reduced.

What the Greek parliament has now approved is really little more than an understanding, and in our view, a number of outstanding issues have the potential to create problems or controversy before a final resolution is reached.

It is likely to take several months to finalize the details of the agreement, including securing further parliamentary support not just in Greece but in a number of other eurozone countries, as well as implementing further reforms and securing interim funding. We’re probably looking at September as a realistic time frame.

From the standpoint of an investor in the wider eurozone region, once we get through the raft of approvals, amendments and changes to the judicial system that the latest deal demands, the region should be a much calmer place for investing.

In my view, once those agreements are in place we believe the euro will decline, as investors will likely focus on the effects of the European Central Bank’s (ECB’s) quantitative easing (QE) program. We would also expect to see further tightening of the so-called periphery in Europe, as market expectations of a diminishing threat of contamination play out.

However, I do think the run-up to this deal has created some fractures in the eurozone that may be important in the longer term. For the first time in the short history of the eurozone, the area’s largest economies—Germany and France—have found themselves opposed on how to deal with a crisis in the region.

Germany was at the head of the more hawkish faction, demanding greater concessions from the Greek authorities, while France, along with Italy, appeared more accommodative, arguing that the integrity of the eurozone is paramount.

It’s significant, I think, that although Greece was never explicitly threatened with expulsion from the euro in an official communique, the message from Germany and its supporters was that failure to reach an agreement would result in Grexit.

This, therefore, was the first time that the prospect of a country being expelled from the eurozone genuinely arose, and it flies in the face of the idea that once a country joins the monetary union it is bound in and cannot leave.

It raises the question of whether Greece’s situation sets a precedent, and I think this moment will come to be seen as quite important, because if there is further crisis in the future, the question of exit or expulsion from the eurozone could well arise again.

The Greek debt crisis and the painful negotiations demonstrate just how much more work remains to fully integrate and solidify the eurozone and patch up any fractured relationships.

Times of stress can expose the cracks in any relationship. Bringing eurozone countries closer together will be the focus of the region’s leaders for the next couple of years. So, if we have another crisis in the region, hopefully this drawn-out, painful scenario isn’t repeated.

In the long term, I think one of the possible outcomes of the resolution of the Greek crisis could be positive for the eurozone, i.e., if the constituents recognize the need to make the euro more integrated and the eurozone a more homogeneous group rather than just a throng of countries in a currency union. I believe that’s where we’re headed.

The other option—one that I don’t think would be positive for the eurozone—is a deepening of the rift with the two sides continuing to battle each other for some time. It’s difficult enough to keep the eurozone moving forward in the best of times, but feuding among the main players would make it even more difficult.

Of course, a more homogenized eurozone could have some significant implications for another much-talked about potential European exit: “Brexit,” or the United Kingdom’s possible withdrawal from the European Union (EU).

A referendum on the United Kingdom’s membership in the EU is scheduled to take place by 2017, before which British Prime Minister David Cameron has vowed to renegotiate certain EU rules that are unpopular with UK voters.

However, should the eurozone, a major constituent of the EU, become more homogeneous—more like one fiscal system—countries outside of it, such as the United Kingdom, are likely to have less of a say.

Given the outcome and the nature of the agreement Tsipras made, I cannot see the Syriza-led government in Greece remaining in its current form. Paradoxically, Tsipras is likely to have to rely on opposition support to push through many of these reforms as many members of his Syriza party do not want the further austerity that the measures are likely to bring.

Tsipras will likely have to make changes to his government, but I don’t see any mainstream calls for elections until after the banks reopen, because it seems everybody wants to leave that hanging on him. Longer term, the question remains how the government will be reformed. Will it be a broad coalition? Or will there be a technocrat government to implement these new measures?

What I do see amid the fallout is a fall-off in support for extremist political parties in Europe.

The Syriza party swept to power in Greece on a left-wing agenda, promising the Greek electorate the world. In the end, however, it was not able to deliver on its promises. In the final estimation, the Greek people have probably been left worse off than if Syriza had delivered a deal when it first got into power.

Therefore, I would expect to see the popularity of some of the more extremist parties in Europe to wane as the electorate recognizes that the EU in particular is unlikely to allow them to deliver on fiscal policies that fall too far outside the mainstream. This is particularly relevant in Spain where the left-wing Podemos party has proven popular in recent elections.

So, we may be at the end of the latest chapter in the Greek saga, but it’s by no means the final chapter. There will continue to be problems in Greece until the country pushes through the reforms that are necessary to get it on a sustainable fiscal path. Maybe the experience of Greece, and in particular its ultimate acceptance of the need for reform, will keep the pressure on other weaker eurozone countries to continue to make progress.

All investments involve risks, including the possible loss of principal.