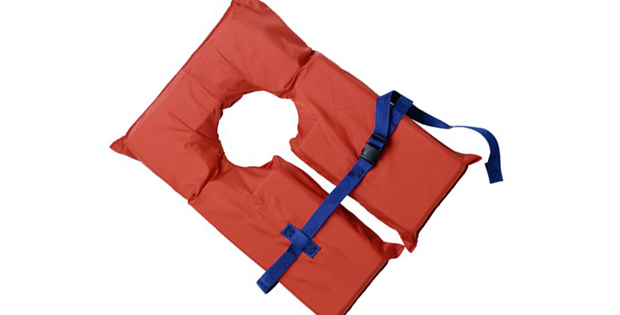 Surprise! Social Security’s finances are in (slightly) better shape than last year. This year’s Annual Trustees Report estimates that the 75-year “actuarial deficit” is now 2.68%, down from 2.88% last year.1

The expected date when the Social Security becomes ”technically insolvent” has been pushed off a year, to 2034. That’s when all of the Treasury bonds in the Fund have been cashed in. Annual payroll taxes collected will only then cover about 75% of the benefits the agency expects to have to pay out.

Why the one-year improvement? The Trustees credit a “recently enacted legislation, updated demographic and economic data, and improved methodologies.”2

Don’t Get Too Excited

The Disability Trust Fund (which Social Security also administers) is still going to run out of money sometime next year. That would trigger an immediate 20% cut in benefits for nearly 11 million people.3 In my opinion, it is highly unlikely Congress will allow this to happen. Instead, as it has done in the past, Congress is expected to order Social Security to shift some assets from the Retirement Trust Fund to the Disability Trust Fund. And, Medicare’s Trust Fund that covers claims for hospitalization still has a depletion date of 2030.

Let’s take a look at what this means so you can put it into perspective and not make the mistake of starting Social Security as soon as you qualify, simply because you might feel, “I’d better get it while I can.”

What Does “Actuarial Deficit” Mean?

The actuarial deficit is simply a way of expressing the shortfall in terms of what it would take to bring the system into balance if the only action taken was to adjust the Social Security tax rate.

What would a 2.68% increase in the Social Security tax rate entail? Since employers and employees each contribute 50%, each would pay 1.34% more. While no one really wants to pay more taxes, I have found that when the numbers are presented this way, the response is one of relief at how little it would take and a willingness to pay this to ensure that everyone gets their benefits.

Now, the first thing to keep in mind that it seems extremely unlikely that Congress would address this issue by increasing the Social Security tax rate and do nothing else. There are already numerous proposals about how to close the long-term funding gap by slightly tweaking a number of factors that go into Social Security’s benefit calculations. This approach spreads the impact so that it is not borne by any particular group.

The last time any substantial changes were enacted to put Social Security’s long-term finances on a more stable path was 1983. Social Security has worked fine for the past 30 years. We are simply at a point where—mainly due to demographic change in our country—we need to make an adjustment.

The two biggest factors appear to be increased longevity and a lower birthrate. This means that Social Security is paying benefits longer than it used to because retirees are living longer. In addition, there are fewer individuals entering the workforce to support America’s aging population.

While many individuals recognize the importance of investing to close any personal retirement funding gaps, Social Security remains a key part of retirement income today—and that seems likely to continue. About nine in 10 Americans aged 65 and older receive Social Security, and for nearly two out of three (65%) of those beneficiaries, Social Security is more than half their total income.5

Meanwhile, according to the 2015 Franklin Templeton Retirement Income Strategies and Expectations (RISE) Survey, 85% of individuals surveyed said they were concerned about paying expenses in retirement, and 49% were concerned about outliving their assets or making sacrifices.6 According to the survey 53% of pre-retirees don’t know how much of their retirement savings they expect to withdraw/spend on an annual basis.7 So, discussing your situation with your financial advisor is critical. The benefit of securing your future by building your own financial nest egg goes without saying, but Social Security can be a key part of the equation that can lead to a less stressful future.

We’ve Been Closer to the Brink Before …

If you are a member of the baby boomer or silent generations, you might remember that one of the first actions President Ronald Reagan took after he was inaugurated in 1981 was to appoint a Presidential Commission to address the financial challenges Social Security was facing—again, because of changes in our society that had taken place over the preceding decades.

Unlike today, Social Security was on the brink of technical insolvency back then. Instead of having more than 17 years to address this as we do today, there were two. By 1983, the agency would not collect enough in payroll tax to cover what it was expected to pay out in benefits.

This illustrates another critical point. While there is no guarantee this approach will continue, historically changes to Social Security have never been made abruptly; they have been phased in over time. We have always received plenty of notice so we can adjust, such as planning to work a year or two longer or saving more. And, based on what we’ve seen in the past, any changes are not likely to affect anyone currently 55 or older, who would have more difficulty adjusting their circumstances.

Demographics are also a big reason why the trust fund that pays disability benefits (the Social Security Disability Trust Fund) is in trouble: the highest rate of disability occurs when workers are in their 50s and 60s. So as the large baby boomer population moved into this age range, disability claims predictably went up.

Learn more about developing a strategy to fund your own retirement: franklintempleton.com/whatsnext.

Gail Buckner’s comments, opinions and analyses are for informational purposes only and should not be considered individual investment advice or recommendations to invest in any security or to adopt any investment strategy. Because market and economic conditions are subject to rapid change, comments, opinions and analyses are rendered as of the date of the posting and may change without notice. The material is not intended as a complete analysis of every material fact regarding any country, region, market, industry, investment or strategy.

All investments involve risks, including possible loss of principal. This material is being provided for general information purposes only and should not be construed as investment, tax, or legal advice, or as a solicitation to buy or sell any specific securities product, or used as the final determinant of the best strategy on how and when to claim Social Security benefits. Social Security benefits claiming decisions can be complex and depend on various personal factors, legal and financial considerations, and tax laws, all of which can change frequently. Individuals are strongly advised to consult with appropriate financial, legal or tax advisors about their specific circumstances and individual goals.

5. Source: National Association of Social Insurance, “The Role of Benefits in Income and Poverty,” 2013.

6. Source: The Franklin Templeton Retirement Income Strategies and Expectations (RISE) survey was conducted online among a sample of 2,002 adults comprising 1,001 men and 1,001 women 18 years of age or older. The survey was administered between January 8 and 22, 2015, by ORC International’s Online CARAVAN®, which is not affiliated with Franklin Templeton Investments. Data is weighted to gender, age, geographic region, education and race. The custom-designed weighting program assigns a weighting factor to the data based on current population statistics from the US Census Bureau. US investors can visit www.franklintempleton.com/rise for more information.

8. Full retirement age is the age at which an eligible person may first become entitled to full or unreduced retirement benefits.