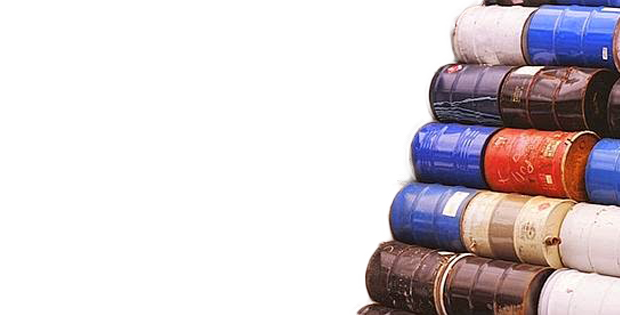 For the second year in a row, oil prices have headed south for the summer. While this year’s decline hasn’t been as dramatic as last year’s, the volatility has raised questions about whether long-term demand will soak up future supply, especially with speculation about more Iranian oil reaching the market amid a political breakthrough that could see international sanctions lifted. Fred Fromm, vice president and portfolio manager, Franklin Equity Group, discusses the recent pullback in oil prices and the prospects of the downturn continuing. He also reveals where he’s finding potential equity opportunities in the beleaguered energy sector.

After sinking to a six-year low in March 2015, oil prices seemed to be on the rebound when supply versus demand issues crept back into play this summer, causing US West Texas Intermediate as well as Brent crude oil prices to slide back under $50 a barrel.1

Several factors have contributed to the recent volatility.  Weak economic growth prospects in emerging-market economies such as China and Brazil have exacerbated the situation, as have fears that China’s recent stock market rout could accelerate its economic slowdown and further depress raw materials demand. Increased production from members of the Organization of Petroleum Exporting Countries (OPEC)—particularly Saudi Arabia—also came at a time when many observers believed the market was already oversupplied. Investors also continued to cast a wary eye on US Federal Reserve comments, recognizing that any increase in US interest rates would likely serve to further strengthen the US dollar, which can have a dampening effect on commodities prices generally. 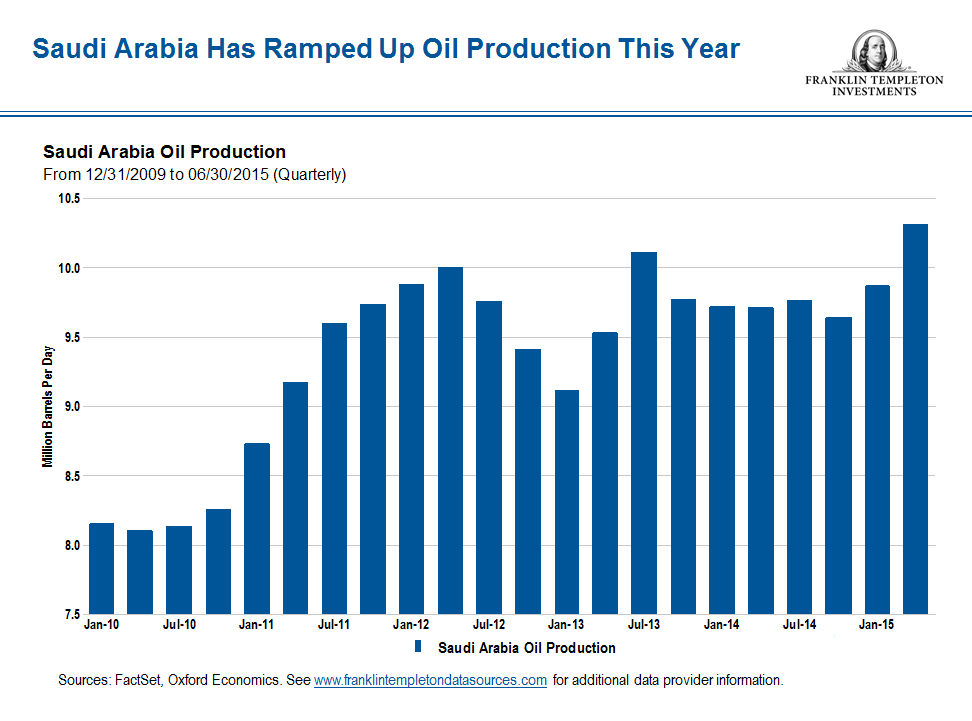 Adding fuel to the fire, the expected conclusion of Iranian nuclear negotiations and the potential lifting of economic sanctions has presented the prospect of even more oil coming to market. Industry analysts have been expecting the return of Iranian oil since last winter when a deal with Iran appeared likely, but the apparent conclusion of negotiations has added a level of certainty to the additional supply. However, the timing and the amount of oil that will find its way into the market are still hotly debated, and this will determine whether the return of Iranian barrels will be orderly or become disruptive to global markets.

Even if a deal is reached, full implementation will most likely take many months and the potential for Iran to increase its oil production and exports remains controversial. Regardless of the potential outcomes, the uncertainty alone has thus far been enough to keep many investors on the sidelines until some type of resolution occurs, and we believe recent energy sector equity performance has been indicative of this malaise. Either way, it seems likely that we will not see significant increases in production and exports from Iran until at least early 2016.

If Iranian oil makes its comeback, we think global markets should be able to absorb the additional supply. One could argue that the world will require those additional barrels, particularly if current levels of demand growth are sustained.

Additionally, we may have just begun to see the effects of lower prices, which could likely increase demand longer term. Nonetheless, high international supplies have kept prices under pressure and increased competition among producers.

Despite China’s annual growth rate sliding from 10% in 2010 to a projected 7% this year,2 we believe an increase in consumption combined with a slowdown in production should eventually balance out the oil market and allow prices to recover. US production has likely peaked, in our view, and estimates call for sequential production declines over the coming months. Non-OPEC production outside the United States appears to be falling, too, and we expect that to continue over the next one to two years. Meanwhile, many major energy exploration and development projects have been deferred or cancelled, which has implications for longer-term supply growth. In short, we believe the market is adjusting as one would expect, and is correcting the excess supply created amid the acceleration in US shale production over the past three to four years. Although increased OPEC supply and the potential for demand growth to soften have clouded the timing of a recovery, it appears that these factors will only serve to delay an eventual tightening of supply and demand fundamentals.

Drilling Down for Opportunities

A return to what we would consider normal oil market conditions will likely take time, and some investors may lose patience and sell their energy holdings, which we believe is likely to create investment opportunities longer term.

Myriad factors can influence markets and company fundamentals, which makes specific outcomes difficult to predict. But a “lower-for-longer” scenario has broad implications for the industry, as extracting oil from higher-cost wells could become economically unfeasible. In response, we have focused on lower-cost oil and natural gas exploration and production (E&P) companies that we believe will be able to survive the downturn and, hopefully, thrive in a recovery scenario. We also prefer E&P companies to oil field services and equipment providers, which we believe may face a longer period of adjustment until excess capacity is absorbed and profitability improves.

Many large producers have been able to adjust to lower oil prices because they tend to have strong buying power with suppliers and very deep project portfolios, so they can focus on those that are going to be the most economical in any environment. Additionally, many US E&P companies have become more efficient, meaning they are able to produce more oil with the same amount of capital. Longer term, this should prove beneficial, as these companies could make better profits at any given price point. Going forward, we believe some of these companies should be able to compete in a lower-price environment and produce fairly good returns.

We have also found opportunities in integrated oil companies—large corporations involved in the exploration, production, refinement and distribution of oil. Most integrated oil companies are cutting costs and reducing capital expenditures in an effort to adapt to a lower price environment. This should allow them to maintain dividend payouts that today are producing some of the highest yields in decades. Many of them have taken a “plan for the worst, hope for the best” approach, which investors have generally embraced, and should allow the companies to improve profitability in the downturn and thrive when markets recover.

While we remain optimistic about some areas of the energy sector, it’s understandable that many oil and energy stock investors have been jittery lately. We would like to remind them that the market has rebounded from times like this before. For example, in 1998, when OPEC production was booming and the aftermath of the Asian financial crisis put a damper on demand, we saw oil prices drop to about $11 a barrel3—a level that many experts thought they would never see—and the resulting selloff, in our opinion, turned out to be a very good buying opportunity for many investors.

Admittedly, timing is difficult, and history isn’t a predictor of what can happen in current conditions. But we are beginning to uncover opportunities now and have been very focused on the companies we think will make it to the other side.  We are starting to see more and more of those every day, and are seeking to take advantage of them wherever we can.

In an environment of uncertainty and moderate fundamental improvement we continue to favor well established, low-cost companies with strong balance sheets and what we view as healthy long-term growth prospects. Although the growth rate of many companies will likely slow during this period of reduced investment and supply rationalization, we believe the companies in which we invest should prove well positioned to resume investment and production growth in a recovery scenario.

Fred Fromm’s comments, opinions and analyses are for informational purposes only and should not be considered individual investment advice or recommendations to invest in any security or to adopt any investment strategy. Because market and economic conditions are subject to rapid change, comments, opinions and analyses are rendered as of the date of the posting and may change without notice. The material is not intended as a complete analysis of every material fact regarding any country, region, market, industry, investment or strategy.

All investments involve risks, including possible loss of principal. Investing in a fund concentrating in the natural resources sector involves special risks, including increased susceptibility to adverse economic and regulatory developments affecting the sector. Smaller companies can be particularly sensitive to changes in economic conditions and have less certain growth prospects than larger, more established companies and can be volatile, especially over the short term. The fund may also invest in foreign companies, which involve special risks, including currency fluctuations and political uncertainty. These and other risks are described more fully in the fund’s prospectus.

1. West Texas Intermediate (WTI), a grade of crude oil used as a benchmark for US oil pricing. Brent crude oil is regarded as an international benchmark.