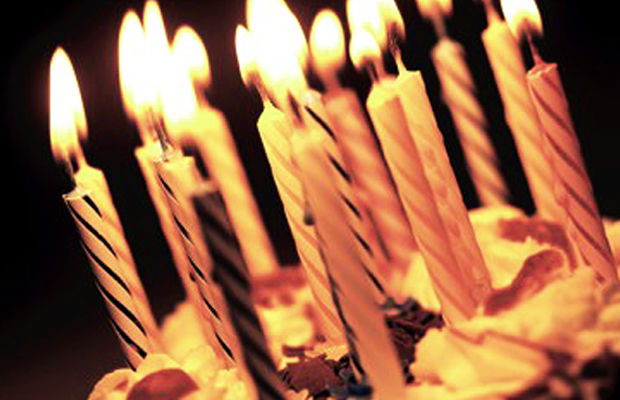 Social Security was born out of controversy and compassion eight decades ago. President Franklin D. Roosevelt signed the Social Security Act into law on August 14, 1935.

Most of us alive today are unaware of how controversial the program was considered at the time. Critics—and there were many—charged that it represented “socialism” and had no place in our democracy. Its constitutionality was challenged and upheld by two Supreme Court cases.1

But in the wake of the worst financial depression in our nation’s history, supporters argued that it was past time that the United States joined other developed countries in establishing a system to care for some of our most vulnerable citizens: the elderly.

A Bit of History

Keep in mind that for more than a century, this country had been undergoing major social and demographic changes. After the Civil War, America entered its second “Industrial Revolution.” More and more people had migrated from rural areas to factory towns and cities seeking work and wealth.

The problem was that when someone left their farm and extended family behind, they also lost their support system. When the Great Depression hit, millions of Americans found themselves jobless, homeless and starving. Food kitchens could not handle the demand. Getting sick was essentially a death sentence. Americans—many of them elderly—were literally dying on the streets of America’s cities. If a father was out of work or fell sick, his wife and children suffered, too.

Under the 1935 Act, not all workers were eligible for Social Security. It excluded part-time workers, domestic workers, social workers and those employed in government jobs, hospitals and schools.2 According to one historian, almost half the working-age population was not covered.3

In addition, only the worker who earned the benefit received a check. But that was changed before the first regular Social Security check was issued. The Social Security Amendments of 1939 added benefits for family members of covered workers—wives (but not husbands) and widows. Children who lost their working father received a benefit, but did not if their working mother died.

As American society evolved, so did Social Security. In the early 1950s , coverage was extended to part-time workers, farm laborers, the self-employed as well as municipal employees. In 1956, “early” retirement for women was added, and benefits for disabled workers were added.4 The Social Security Act of 1965 not only created Medicare, it added benefits for divorced spouses.5  It took a landmark US Supreme Court decision in 1975 (Weinberger v. Wiesenfeld)6   for survivor benefits to be extended to children of deceased working mothers, dependent husbands and widowers, regardless of financial need.

The most recent change—extending spousal benefits to legally married same-sex partners—was brought about, not by Congress, but by the US Supreme Court.7

Over the years, Social Security’s tax rates and benefit amounts have been also adjusted in an effort to keep the program solvent. In the 1970s, in response to years of double-digit inflation, Congress approved automatic cost-of-living-adjustments (COLAs) to benefit amounts.

The Amendments of 1983 were a response to demographic changes such as increased longevity. These included raising the full retirement age8 to 66 (by 2005) and 67 (by 2027), making benefits subject to income tax if they exceeded a certain threshold, and raising the Social Security tax rate.

Today, it is widely agreed we are simply at another point where, again, due primarily to demographic changes in American society—such as a continued decline in the birthrate and further improvements in life expectancy—we need to make changes.

Too Big to Allow to Fail

Social Security has been called the most successful anti-poverty program this country has ever devised. In an interview on August 7, Acting Social Security Commissioner Carolyn Colvin told me that “$887 billion dollars is paid out to nearly 60 million individuals each year—about one-fifth of the American population. They are receiving basic protection for themselves and their families.”

The average retirement benefit, as of January of this year, was $1,328 per month; for disability, it was $1,165 per month.9 In Colvin’s words, “These [amounts] are not going to make anyone rich.”

Nonetheless, she points out that without Social Security, “8.6% of Americans, or 27 million people, would fall below the poverty threshold.”

It’s been 30+ years since Congress has addressed Social Security’s long-term—and well-known—financial challenges. As I wrote in my last blog, correcting these would not take much.

“This program is not in crisis,” insists Colvin. “All we need is for Congress to look at the proposals out there and decide which they can support.”

Americans are worried about whether they can count on Social Security—both today and in the future. I believe Congress needs to act sooner rather than later.

Learn more about developing a strategy to fund your own retirement: franklintempleton.com/whatsnext.

Gail Buckner’s comments, opinions and analyses are for informational purposes only and should not be considered individual investment advice or recommendations to invest in any security or to adopt any investment strategy. Because market and economic conditions are subject to rapid change, comments, opinions and analyses are rendered as of the date of the posting and may change without notice. The material is not intended as a complete analysis of every material fact regarding any country, region, market, industry, investment or strategy.

All investments involve risks, including possible loss of principal. This material is being provided for general educational purposes only and should not be used as the final determinant of the best strategy on how and when to claim Social Security benefits. Social Security benefits claiming decisions can be complex and depend on various personal factors, legal and financial considerations, and tax laws, all of which can change frequently. Individuals are strongly advised to consult with appropriate financial, legal or tax advisors about their specific circumstances and individual goals.

8. Full retirement age is the age at which an eligible person may first become entitled to full or unreduced retirement benefits.