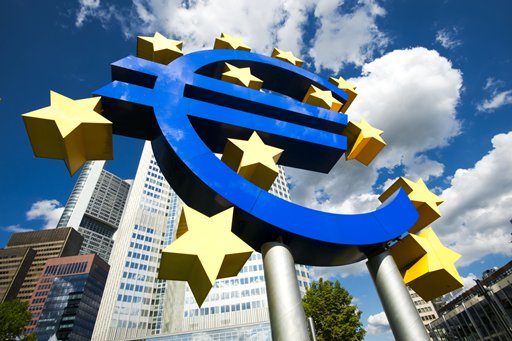 Despite unprecedented accommodative monetary policy, including near-record-low interest rates and a massive asset-buying program, the eurozone’s economy is languishing. Exports are slowing and inflation is hovering below 0%.1 Some observers are now questioning the European Central Bank’s (ECB’s) strategy and asking whether its quantitative easing policy can be effective. David Zahn, head of European Fixed Income, Franklin Templeton Fixed Income Group, backs the ECB’s approach so far, but thinks a further shot in the arm is needed—and quickly.

Just over six months into the European Central Bank’s (ECB’s) quantitative easing (QE) program and nine months after it was officially announced, it is tempting to look at the results and ask whether it has been worth the effort.

Although inflation continues to hover below the 0% mark—significantly below the ECB’s 2% target—and the euro exchange rate is largely unchanged versus the US dollar from six months ago,2 we think the program has been important in getting the eurozone back on track. However, we recognize that further action will likely be required and expect the ECB to announce further accommodative measures, possibly as early as this month’s Governing Council meeting on October 22.

In recent months, Europe has largely been spared much of the volatility afflicting global markets, but it is likely to feel the knock-on effect of sluggish global growth forecasts this year.

As a result, the eurozone export machine for this year and next year likely won’t be as robust as the depreciation of the exchange rate might have led observers to expect. The evidence of that is starting to show through in data such as German export figures for August, which were down 5.2% month-on-month.3

We don’t think exports from the eurozone are going to collapse, but we do recognize a slowdown is likely. As a result, we expect the ECB to take further action. However, we think the central bank has done as much as it can on interest rate levels and hold the view that cutting rates further in Europe would not help spur growth and inflation. Rather, we believe the ECB should be looking to adapt its QE program to inject liquidity. Specifically, we think the ECB should be looking to extend QE past its current September 2016 deadline.

We consider the other option—increasing the size of purchases per month—would be more problematic both politically and practically. For example, assuming the ECB intends to maintain its policy of buying assets on a pro-rata basis for all countries, it could quickly run out of German government bonds, also known as Bunds, to buy should it increase the monthly purchases.

The recent local election results in Spain, in which the pro-independence movement in Catalonia won a significant if not overwhelming victory, is likely to lead to some uncertainty in Spain in the lead-up to the general election on December 20.

After that election, we expect to see detailed negotiations between the Catalonian government and Spain’s new central government about some kind of agreement to ensure the country remains intact. This may lead to some volatility in Spain. We still think Spain presents a good credit story, but we also think a potential Catalonian secession is a risk factor that we want to keep on our horizon. Furthermore, while we think Spain has done a good job of reining in its deficit, we fear any loosening of the fiscal purse strings post-election could cause some problems.

In the United Kingdom, preparations for the referendum on the country’s membership of the European Union—due to take place in 2016—have stepped up a gear in recent weeks. Campaign groups on both sides have begun unveiling their leadership teams and outlining their arguments.

The outcome, in our view, depends on whether UK Prime Minister David Cameron can extract some concessions from the European Union that he can take to voters to persuade them to remain part of the union. As the debate heats up, we think discussions over a possible “Brexit”—a UK exit from the European Union—are likely to create a fair amount of volatility. We figure that will intensify as the vote gets closer.

In our view, that volatility in the United Kingdom may present investment opportunities.

Looking at the headline metrics since the current QE program came into effect may prompt investors to ask whether it has been as effective as the proponents hoped. We have not, for example, seen as much impact on the strength of the euro as many observers were expecting, nor have exports grown as substantially as many anticipated.

However, we think the outcome so far is partially down to the large current account surplus that Europe runs. That surplus may mean the euro remaining relatively range-bound in the foreseeable future. It’s difficult for us to see the euro declining substantially. So, prospects of an export boost to eurozone growth look reduced.

In considering the efficacy of the ECB’s approach, we think it’s also important to look back to the lead-up to the QE announcement and to remember the program had been flagged well before the actual implementation. Between June 2014 and January 2015 when the program was formally unveiled, we saw a 20% depreciation in the euro,4 largely, we think, in anticipation of QE coming into play. Another area where QE has been effective, we think, is in encouraging bank lending, particularly in periphery eurozone countries. Lending rates have come down and loan demand has started to show signs of an uptick,5 so we recognize that QE has lowered the exchange rate from where it was before the program was introduced and has eased lending conditions as well. Both of these factors have been positive for the eurozone economy. Now, we feel the time is right for a further shot in the arm. In our view, it’s not a question of whether the ECB will extend QE, it’s a question of when: Will the announcement come in October or December? Few ECB watchers are expecting an announcement this month, so any change at this time could produce a bigger impact because it is relatively unexpected. The general feeling, however, is that the ECB is more likely to act in December.