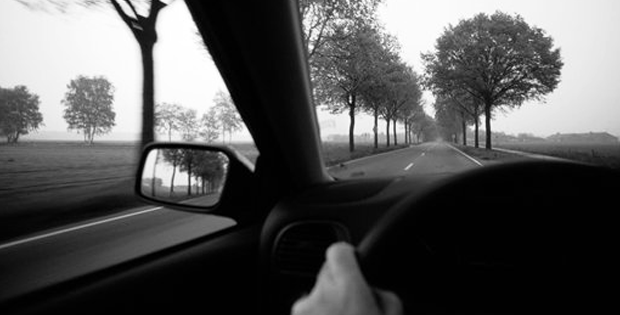 Even though the Federal Reserve finally decided to raise short-term interest rates, the markets don’t currently expect any drastic global monetary policy moves in 2016, according to Peter Langerman, chief executive officer, Franklin Mutual Series. He says many of the same trends in 2015—including low energy prices and low interest rates across the globe—are likely to remain in place at least early in 2016. He shares his view of the year ahead.

We enter 2016 with a sense of déjà vu. In our view, several areas of the global financial market where longer-term risk/reward profiles were more attractive to us last year generally remain so in the early stages of 2016. Certain important financial and economic factors that shaped our investment views throughout 2015 may continue going forward; they include tepid economic expansion in the United States, a still low interest-rate environment, depressed oil and commodity prices, concerns about slower economic growth in China, bouts of financial market volatility and a wave of merger-and-acquisition (M&A) activity.

In the United States, we expect value investors like ourselves to continue to find attractive opportunities in the more cyclical areas of equity markets, such as the financials and consumer discretionary sectors. The valuations of many defensive-sector companies are less appealing to us, because investors turned to them as a refuge from volatility, and as a source of yield in a low-rate environment, due to their relatively high dividend yields. In the case of financials, a cautious US Federal Reserve (Fed) that continues to raise interest rates at a gradual pace over the next 12 months could prove to be a positive catalyst, as higher rates would likely help improve net interest margins—that is, net interest (interest income earned minus interest paid) divided by a financial firm’s interest earning assets. We believe 2016 will be another important year for the energy sector. Market fundamentals indicate that low crude oil prices will likely persist globally and continue to apply pressure on energy companies. We will continue to look for potential opportunities by focusing on companies that have balance sheets strong enough to make it through the depressed pricing environment, and that could benefit from profitable reinvestment opportunities.

The US presidential election, monetary policy decisions or communications by the Fed, and geopolitical events may continue to trigger the bouts of volatility that have impacted global equity markets over the past couple of years. While such transitory turbulence does not factor into our value-investing approach, which relies on deep security-by-security analysis, we will continue to take advantage of such moments to increase or initiate positions in companies that have attractive risk/reward profiles but appear unduly caught up in the volatility.

Confluence of Supportive Factors for European Economies and Companies

Turning to Europe, it is our view that the valuations of the region’s equity markets in late 2015 remained attractive compared with those of the United States and other regions (based on price-to-cash-flow multiples and the attractive dividend yield offered by many companies). A confluence of factors that emerged in 2015 are aligned to support Europe’s economies and companies in 2016: The weaker euro is positively impacting exports and corporate profits, low oil prices are aiding consumers and companies, and the European Central Bank’s open-ended quantitative easing program is helping to reduce bank funding costs, as well as strengthen bank balance sheets. We also believe the slowdown in China’s economic growth, although it appears to us to be more significant for European corporations than their US counterparts, should not derail the economic recovery in Europe. A Constructive View of China

In Asia, China remains more attractive to us than Japan. On a fundamental basis, we hold a constructive view of the Chinese government’s long-term move to transition the economy from fixed-assets investment toward domestic consumption, even if the path is not as smooth as some expected. We believe the inefficiencies that persist in the “old economy” will have to be paid for at some stage and most likely through the banking system; this will create opportunities for us that may emerge in 2016. We will also continue to look for other idiosyncratic ideas with catalysts that are less driven by macroeconomic factors. In contrast, we believe Japan’s historic quantitative easing efforts and the economic policies of Prime Minister Shinzo Abe have produced seemingly limited material benefits for the economy.

Beyond equities, we believe the favorable drivers of M&A activity are likely to remain in place. Given the broad trend of limited top-line growth and elevated margins among US companies, M&A deals will likely remain an attractive option to drive earnings through increased scale and/or reducing costs. From our perspective, the most interesting deals will likely remain those that are complex in nature and where regulatory risk is perceived as significant, thereby creating attractive spread opportunities. We will continue to seek to use merger arbitrage positions constructed solely to benefit from deal completion, as well as investments—in one or both of the companies involved in a deal—to benefit from the spread between the actual trading price of the target company and the offer price, as well as possible value creation once the deal is completed.

Distressed debt remains a difficult market for us to find compelling new opportunities in, as the persistence of low interest rates has kept credit widely available. Based on the consensus views for modest US economic growth in 2016 and a cautious approach by the Fed regarding additional rate hikes, we do not see any fundamental changes occurring imminently in the distressed debt market. If the consensus view is generally correct, we believe that the most attractive opportunities may emerge in the energy sector, with lower commodity prices exerting stress on some issuers, or in the higher end of the capital structure (e.g., secured and senior securities, as well as refinancing deals) across the other sectors.

All investments involve risks, including possible loss of principal. Value securities may not increase in price as anticipated or may decline further in value. Investments in foreign securities involve special risks including currency fluctuations, and economic and political uncertainties. Investing in the natural resources sector involves special risks, including increased susceptibility to adverse economic and regulatory developments affecting the sector. Investments in companies engaged in mergers, reorganizations or liquidations involve special risks as pending deals may not be completed on time or on favorable terms, as well as lower-rated bonds, which entail higher credit risk.