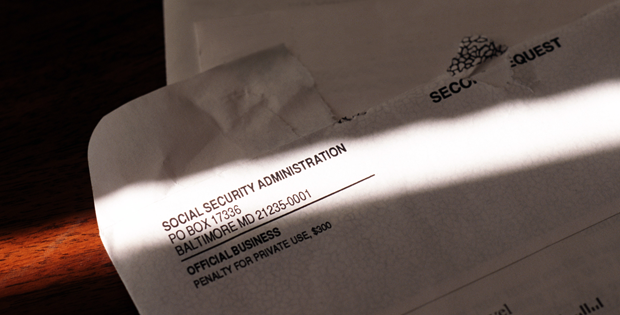 The Bipartisan Budget Act of 2015 did away with two Social Security claiming strategies known as “file and suspend” and “file and restrict” that affected spousal benefits claims. However, the full implications of these changes are still not clear, according to Gail Buckner, CFP, our national financial planning spokesperson. She attempts to provide some clarity surrounding the issue and points to areas where guidance is still needed.

The Bipartisan Budget Act of 2015 (Budget Act) that was signed into law last November significantly reduced the choices for claiming Social Security. Unfortunately, nearly three months later, the impact of some of these changes remains unclear, leaving many individuals approaching retirement uncertain about when to file or how much their benefit will be. What is clear is that this aspect of the law was aimed at eliminating two strategies that married individuals were able to use to boost their joint benefit: “file and suspend” and “file and restrict.”

Neither strategy was available until “The Senior Citizens’ Freedom to Work Act” was passed in 2000 under President Clinton. The language of that law created these new claiming options, and critics contended that primarily wealthy Americans were exploiting the file-and-suspend and file-and-restrict strategies. In fact, the Budget Act labels these strategies as “loopholes.”1 However, the relatively small amount of additional income they provided was much more significant to middle- and lower-income couples. Why? Assuming your full retirement age is 66, delaying the start of Social Security until age 70 results in up to a 32% increase in your benefit amount, plus any cost-of-living allowance (COLA) increases. This obviously has a bigger impact on someone who has fewer retirement resources. (For more information about the full-retirement age and Social Security claiming strategies in general, check out our “Re-think Social Security FAQs.”)

1. No matter what age, if an individual is eligible for more than one type of benefit, for example, one based upon their own work history, and also a benefit based upon his or her spouse’s work history, he or she will receive whichever is the higher amount.

2. If an individual is at least full retirement age, it is still possible to “suspend” their benefit by telling Social Security to stop sending their monthly check. However, doing it this way means that anyone else receiving a benefit based upon that individual’s earnings record (such as a spouse, child or parent) will see their benefit suspended as well.

2a. This does not pertain to a divorced spouse benefit. That is, a vengeful ex-spouse cannot stop you from receiving your benefit if they decide to suspend theirs.

At least one issue needs clarification. The last day that an individual can suspend his or her benefit and enable their spouse to claim a spousal amount based upon theirs is April 30, 2016. The question remains: Do both spouses have to meet this deadline or just the one suspending?

In one sense, by rolling back the Social Security claiming options to those that existed prior to 2000, Congress has made the decision simpler and more straightforward: It essentially comes down to choosing the age at which you want your benefit to start. However, this makes the decision about when to stop working and at what age to file much more important. That’s because the only way to increase your benefit is to delay starting Social Security for as long as you can.

There are some advantages to this if you can afford it:

An experienced financial advisor can help you formulate a plan—including Social Security—for generating a realistic and sustainable income plan for the three-plus decades you might be spending in retirement.

Learn more about developing a strategy to fund your own retirement: www.franklintempleton.com/whatsnext.

All investments involve risks, including possible loss of principal. This material is being provided for general educational purposes only and should not be used as the final determinant of the best strategy on how and when to claim Social Security benefits. Social Security benefits claiming decisions can be complex and depend on various personal factors, legal and financial considerations, and tax laws, all of which can change frequently. Individuals are strongly advised to consult with appropriate financial, legal or tax advisors about their specific circumstances and individual goals. Franklin Templeton is not responsible for content on the Social Security Administration’s website.