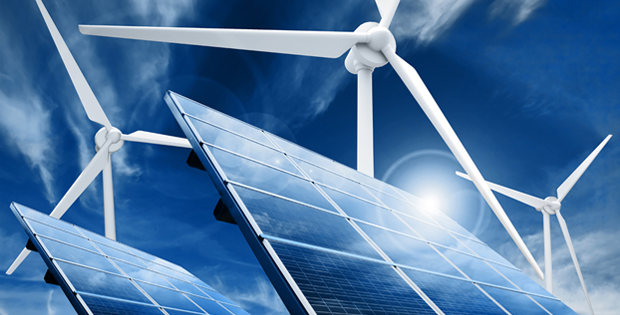 Last month, the US Supreme Court pulled the plug on President Obama’s ambitious plan to substantially cut carbon dioxide emissions, ruling that it should not be implemented until a court challenge filed by a majority of US states was heard. Following up on a previous Beyond Bulls & Bears blog about the president’s proposed regulations, called the Clean Power Plan (CPP), John Kohli, portfolio manager with the Franklin Equity Group, says the court’s decision will not likely deter or delay some states—and utilities—from decreasing their reliance on higher-carbon energy sources in favor of renewables, which have become more cost effective in recent years. He also sheds light on why US utility stocks have performed well year-to-date versus the broader US equity market.1

What is your reaction to the US Supreme Court ruling that puts the Clean Power Plan on hold while a legal challenge is heard in court, and what are the implications for utilities and utility-sector investments?

The stay of the CPP was somewhat of a surprise, but it does not change our fundamental view of the utilities sector, and it should not have a material impact on the companies within the sector, in our view. With or without a federal mandate to cut carbon dioxide (CO2) emissions, carbon reductions are happening throughout the industry for economic reasons. Low natural gas prices and low-cost renewables are driving investment decisions away from higher-carbon sources of energy.

No matter which party prevails in the legal challenge, it’s likely that the case will eventually be appealed to the US Supreme Court. Following the death of Supreme Court Justice Antonin Scalia, the fate of the CPP is likely going to be determined by the selection of his replacement, as environmental policy at the federal level is highly politicized. However, most states are moving forward on their own environmental compliance plans and are making long-term planning decisions. States accept that the CPP will face numerous legal challenges over the next several years. Implementation of the CPP, which would cut CO2 emissions by almost one-third from 2005 levels, is set to take place between 2022 and 2030, if ultimately enacted.

If the legal challenge succeeds, from an investor’s standpoint, would utilities in states with less restrictive emissions standards have a competitive advantage over those in states with stricter requirements?

We do not believe that would be the case. California has one of the nation’s most stringent carbon reduction plans, targeting 50% usage of renewable energy by 2030.2 However, we find residential affordability of electricity in California is better than in most US states. The cost of renewable power has dropped tremendously in the past several years, and combined with the extension of federal investment and production tax credits, the decision to bring on new renewable resources is strictly an economic one. Even outside of California, the decision to invest in renewables and lower carbon-emitting natural gas plants is mostly being driven by the low cost of those facilities relative to legacy coal and less-efficient gas plants.

How has the improved cost competitiveness of natural gas and renewables impacted the more traditional sources of power like coal and nuclear?

The percentage of electricity being generated by coal has declined substantially over the past few years as states seek to comply with stricter environmental regulations. The decline in natural gas prices has also led to coal-to-gas switching, and in many cases the decision to shut down older coal-fired plants and repower with natural gas is being made easier with the price of natural gas at a 17-year low.3

Unfortunately for CO2 reduction advocates, several nuclear plants—which are essentially free of carbon emissions—are being considered for permanent shutdown because they are not economically viable in today’s low-priced natural gas world. The current fleet of nuclear plants in the United States is being operated at efficiency levels much greater than historical averages, yet several of these plants are facing potential shutdowns as their owners cannot justify keeping them operating. In a couple of states, policymakers are considering ways of compensating these owners for producing non-carbon-emitting energy in an effort to remain focused on meeting climate-change goals.

Utility stocks typically perform relatively well in times of economic uncertainty because they’re perceived as less-risky assets. Has this been the case during the recent downturn in equities?

Historically, utility stock prices have been highly correlated to long-term interest rates. Global economic concerns have dampened growth expectations in most developed countries, including the United States. This has led to a decline in long-term interest rate expectations and also government bond yields, which has encouraged the strength of the share prices of regulated utilities. Utilities have fairly predictable levels of earnings and cash flows, and many investors have looked to increase their ownership of these companies during this time of uncertainty.

What do you think the media is either not covering or may be misreporting about the utilities sector that you think investors should know?

In his recent Berkshire Hathaway4 annual letter, Warren Buffett points out Berkshire’s utility businesses continue to invest back into their infrastructure at levels well in excess of depreciation.5 This phenomenon exists throughout the utilities sector, as companies seek to implement stricter environmental policies but also improve energy reliability and security. Smart grid, cyber security, electric vehicle deployment and renewables mandates are all areas of investment need and concern for utilities that require stepped-up investment today to satisfy the grid of the future. Thus, while the industry itself is a mature one, the investment needs remain in excess of usage growth and we believe they will likely remain so for the next several years.

What is your outlook for the utilities sector?

We remain constructive on the fundamentals of the utility sector, and we are confident it can continue to grow earnings and dividends in a stable, consistent manner. We also recognize utility-stock performance is often driven by external factors such as interest rates and consumer spending. US utilities have gotten off to a strong start in 2016, gaining 11.9% versus a 0.3% drop for the overall US equity market,6 which we feel is justified not only from a perceived “flight-to-quality” measure but also from the fundamental strengths of the sector.

The comments, opinions and analyses herein are for informational purposes only and should not be considered individual investment advice or recommendations to invest in any security or to adopt any investment strategy. Because market and economic conditions are subject to rapid change, comments, opinions and analyses are rendered as of the date of the posting and may change without notice. The material is not intended as a complete analysis of every material fact regarding any country, region, market, industry, investment or strategy.

All investments involve risks, including possible loss of principal. In addition to other factors, securities issued by utility companies have been historically sensitive to interest rate changes. When interest rates fall, utility securities prices, and thus a utilities fund’s share price, tend to rise; when interest rates rise, their prices generally fall. These and other risks specific to the public utilities industry are described more fully in the fund’s prospectus.

1. Source: S&P Dow Jones Indices, as of March 16, 2016. See www.franklintempletondatasources.com for additional data provider information. US utilities are represented by the S&P 500 Utilities Index, and the overall US equity market is represented by the S&P 500. Indexes are unmanaged, and one cannot invest directly in an index. They do not reflect any fees, expenses or sales charges. Past performance does not guarantee future results.

4. As of December 31, 2015, Berkshire Hathaway Energy Co. represented 0.69% of total net assets of Franklin Utilities Fund. Holdings are subject to change without notice.

6. Source: S&P Dow Jones Indices, as of March 16, 2016. See www.franklintempletondatasources.com for additional data provider information. US utilities are represented by the S&P 500 Utilities Index, and the overall US equity market is represented by the S&P 500. Indexes are unmanaged, and one cannot invest directly in an index. They do not reflect any fees, expenses or sales charges. Past performance does not guarantee future results.