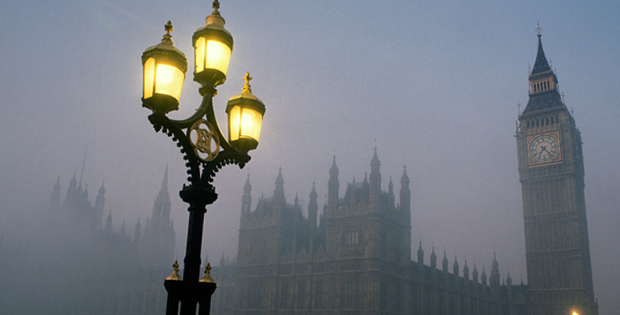 Will they stay or will they go? UK voters will answer that question on June 23 when they decide whether their country will retain its membership in the European Union or strike out on its own. Philippe Brugere-Trelat, portfolio manager, Franklin Mutual Series, offers his opinion on whether “Brexit” will come to pass and its potential effects on UK companies. He also provides an overview of economic conditions elsewhere in Europe, with a focus on the region’s beleaguered banks.

The United Kingdom’s potential exit from the European Union (EU), referred to as “Brexit,” is a risk and a concern, but currently I believe the results of the June 23 referendum will likely mirror those of the 2014 vote on Scottish independence: Once people are in the voting booth, I believe they will sober up and decide to stick with the status quo. I think the “remain” camp will likely win, although the margin may be narrow.

However, my prediction comes with one critical caveat: If a destabilizing event such as a terrorist attack occurs on UK soil between now and the day of the vote, all bets are off. If such a tragedy occurs, I believe it’s possible the “leave the EU” camp could win by a significant margin, as UK voters may regard a terrorist strike as an attack on their sovereignty.

If UK voters decide to leave the EU, I see two short-term consequences: First, I think the issue of Scottish independence will come back to the fore, and we likely could see the secession of Scotland from the United Kingdom happening in the near future. Many Scots would like their country to be independent from the United Kingdom, but still part of the EU. If voters approve the June 23 referendum, Scotland would be neither.

Second, the uncertainty in the aftermath of a vote for succession might result in the value of the United Kingdom’s currency, the pound, falling by as much as 10%–15%, in our assessment, which would be significant and likely have an impact on the UK economy and on the companies operating there.

Longer term, an independent UK government would likely have to renegotiate about 82,000 pages of treaties. It would be a very time-consuming process—which could take years—and nobody knows how it would evolve. I do believe, however, that the EU authorities likely wouldn’t make the renegotiation a simple exercise because they don’t want other exit-minded members to believe it’s easy to leave the EU fold.

A potential Brexit has been our focus for the last several months, and we have re-examined all of our UK investments with that possibility in mind. That said, we haven’t completely changed our view on our UK holdings. We have trimmed the sails by keeping in close contact with the companies’ managements and have asked them how they plan to react if Brexit becomes a reality.

We believe UK companies that conduct most of their business in the United Kingdom, particularly banks and builders, would likely be challenged by any drop in the currency. The reason: most of their earnings are derived from their UK businesses, and the UK economy is expected to experience slower growth in the event of a Brexit, mainly because the country would likely face lower business confidence, decreased spending on capital expenditures and less foreign investment.

In turn, we believe UK-domiciled companies that primarily operate outside of their home country could benefit from a drop in the pound. For example, BP,1 a large oil company that we hold, is a dollar earner; its UK operations consist primarily of its headquarters. Another company with significant operations outside its home base is pharmaceutical giant GlaxoSmithKline,2 which could also benefit from a devaluation of the pound because its non-UK earnings would likely be worth more when translated back into pounds.

Putting any potential Brexit implications aside, the eurozone so far this year has shown a modest recovery. Strong consumer spending has been the main growth driver, reflected in high consumer confidence readings. In somewhat of a surprise, eurozone first-quarter 2016 gross domestic product grew by 0.6%, which equates to 2.4% on an annualized basis. I don’t necessarily believe the eurozone’s economy will grow at 2.4% in 2016, but the example illustrates that there is real growth taking place in the region.

I believe the key to further growth in the eurozone is an increase of capital expenditure (capex) investment. We have seen some signs of improvement, but there doesn’t appear to be a sustained or durable trend on the horizon. European companies, unlike those in the United States, depend more on banks than capital markets to finance their growth, so the ability of banks to lend is crucial to any expansion in capex. Many European banks, particularly in Italy, are still hobbled by the large number of non-performing loans on their balance sheets, which limit the banks’ ability to start lending again.

To help banks jump-start their lending activities, the European Central Bank (ECB) has introduced a second targeted longer-term refinancing operation. This program, which starts in June, will allow banks to refinance up to 30% of their non-mortgage lending to companies and households at a cost of negative 40 basis points (-0.4%), so banks essentially will be paid to borrow from the ECB to lend those funds to their customers.

Banks haven’t benefited from all recent ECB policies, including the current negative-interest-rate environment, which hurts banks’ net interest margin and, therefore, their profitability. European bank CEOs have told us that they can cope with negative rates for a short period of time, but if rates stay negative for 18 months or longer, bank profits will likely be hurt.

With the uncertainty surrounding European banks, it’s not surprising that they have borne the brunt of the volatility we have seen in the equity markets this year, but as a result, we think they are trading at extremely attractive valuations. We are finding opportunities in the financial sector, with a preference for insurance companies over banks at the moment, primarily because we think insurers’ capital ratios are stronger. We also believe their risk-management systems seem more solid and have longer track records. Additionally, many insurers have non-core assets that have started to be monetized—or could be.

In the current slow-growth environment, we favor European companies that we believe are likely to benefit from the region’s recovery—even if it’s a modest one. So we have focused on what are considered highly cyclical sectors such as retail, leisure, autos, automotive supplies and telecommunications.

Ultimately, when we say we’re finding value in a certain sector, we don’t necessarily like every company in that sector. We are stock pickers—bottom-up investors who seek companies that are trading at market prices that are below our assessment of their intrinsic value.

All investments involve risks, including possible loss of principal. Value securities may not increase in price as anticipated or may decline further in value. Special risks are associated with foreign investing, including currency fluctuations, economic instability and political developments. Because the fund invests its assets primarily in companies in a specific region, it is subject to greater risks of adverse developments in that region and/or the surrounding areas than a fund that is more broadly diversified geographically. Political, social or economic disruptions in the region, even in countries in which the fund is not invested, may adversely affect the value of securities held by the fund. The fund’s investments in smaller-company stocks carry an increased risk of price fluctuations, especially over the short term. The fund’s investments in companies engaged in mergers, reorganizations or liquidations also involve special risks as pending deals may not be completed on time or on favorable terms. These and other risk considerations are discussed in the fund’s prospectus.

All investments involve risks, including possible loss of principal. Value securities may not increase in price as anticipated or may decline further in value. The fund’s investments in foreign securities involve certain risks, including currency fluctuations, and economic and political uncertainties. Smaller-company stocks have exhibited greater price volatility than larger-company stocks, particularly over the short term. The fund’s investments in companies engaged in mergers, reorganizations or liquidations also involve special risks as pending deals may not be completed on time or on favorable terms. The fund may invest in lower-rated bonds, which entail higher credit risk. Please consult the prospectus for a more detailed description of the fund’s risks.