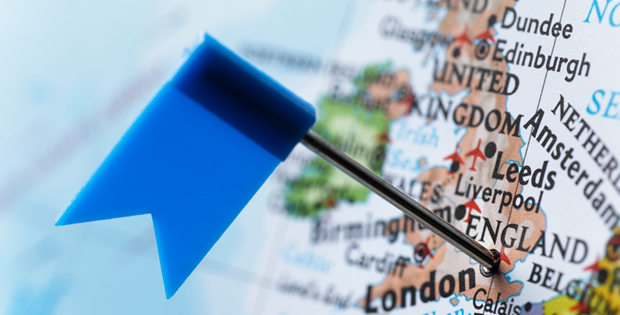 With less than two weeks to go until the much-anticipated Brexit referendum vote in the United Kingdom, the outcome still lies very much in the balance. But according to David Zahn, head of European Fixed Income, Franklin Templeton Fixed Income Group, anyone hoping that the result of the vote to remain in or leave the European Union—expected to be announced on June 24—will bring an end to the uncertainty and volatility is likely to be disappointed. Here, he explains why he believes the political fallout of this vote will likely continue to influence investment markets for months or possibly years, and not just in the United Kingdom but across Europe.

As the United Kingdom approaches its Brexit referendum on June 23, the one thing we can say with some certainty is that the ramifications, whatever the result, will likely be felt for some time to come—and not only in the United Kingdom.

In particular, we think politics will likely become an elevated issue for UK financial markets over the next few years as the UK’s ruling Conservative Party, whose Members of Parliament (MPs) have been deeply split on the Brexit issue, seeks to restore cohesion.

The current Conservative administration doesn’t enjoy a large majority in Parliament. If a significant number of its MPs were to splinter off, the administration could conceivably no longer have a majority, and in that circumstance there would be a big question mark over whether the government would be able to govern effectively or even continue in power.

There is a widespread belief that if the United Kingdom votes to leave the European Union (EU), Prime Minister David Cameron, who has been spearheading the remain campaign, would stand down. The question would then be how his successor could get the ruling party back together again. If the vote is to remain, it will be up to Cameron to reunite his erstwhile colleagues. In either case, it’s unlikely to be an easy task, and we think the uncertainty is likely to unnerve markets.

In addition, there may be some concern that the question of Scottish independence could rear its head again, notably if Scotland votes to remain in the EU but the United Kingdom as a whole chooses to leave. So we think the voting breakdown by region (England, Scotland, Wales and Northern Ireland) should be an important factor in the final reckoning.

That confusion could have considerable implications for the United Kingdom’s inward investment, including foreign direct investment and equity investment as well as its currency. And we believe that if there’s enough political unrest, it could spill over into Europe.

With polls predicting a very close result, we’re expecting the volatility in the UK equity and bond markets, and its currency, sterling, have experienced in recent weeks to continue up until the day of the vote. But we also suspect there could be further volatility in mainland European markets, as more European political leaders make public their opinions in the run-up to the vote. There are some indications that if the United Kingdom were to vote to leave the EU, calls for referendums in other countries could intensify as well. Several political leaders, particularly those away from the mainstream but with growing popular support, are becoming more vocal in their criticism of the problems they perceive with the EU.

In general, we’re seeing evidence of growing dissatisfaction among voters with incumbent governments across Europe. European economic growth in general has been rather anemic, and people are looking for someone to blame. Voters are starting to question whether the governments that are currently in charge should continue to be in charge. That’s why we think there have been a number of elections in Europe where the status quo has changed.

In addition to blaming their own governments, there are signs that some people are also starting to also lay the blame on a body that sits far away that they have never met and have no idea what it does— in other words, the EU.

In quite a few countries, we suspect there likely is a fair proportion of people who would consider voting to leave the EU. The numbers may not be overwhelming, but it shows there is a level of dissatisfaction with the European government system in its current form, and specifically with the way it’s managed.

In that respect, we think the referendum in the United Kingdom is actually acting like a lightning rod for politicians and others across Europe to air their views, and we believe that could create further market volatility.

Additionally, we believe the ramifications of Brexit for the rest of Europe are far reaching—more so than many people think.

With that in mind, it’s striking to us that European bonds generally, and peripheral government bonds in particular, don’t appear to us to be adequately reflecting the risk of Brexit in their pricing. While there seems to be some reflection of the risk in prices for UK corporate and government bonds, we don’t see that more widely in European markets. This is something we touched on in a blog back in March of this year. Since then, opinion polls have tightened and yet the perception of the risk of Brexit has not reflected that.

It seems that many observers think the European Central Bank (ECB) could step in to offset a disruption. It’s true that the ECB’s asset-buying program is generally considered to be going well (it’s spent a lot of money and this month started buying corporate bonds), but it remains a concern for us that the full implications of Brexit do not appear to be priced in for non-UK European bonds.

If there is a UK vote to leave, or if the vote is close, that will likely create a lot of unknowns, and we think bond price spreads could widen in the short term.

Let’s not forget that on June 26, three days after the UK’s Brexit referendum, the re-run of the inconclusive Spanish general election is scheduled to take place. So, there are two relatively large political events happening in the course of three days, suggesting that across Europe, investor interest in the political machinations is likely to remain high.