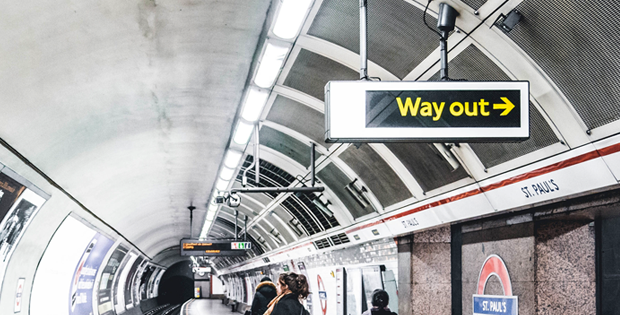 While the knee-jerk market reactions to the United Kingdom’s decision to leave the European Union (EU) fade, some longer-term ramifications could continue to create market uncertainty. Dr. Michael Hasenstab, CIO of Templeton Global Macro, provides his take on the implications of the UK’s decision to leave the EU—and what it could mean for investors.

I think it’s important to break the UK Brexit referendum vote into two components: the first being the permanent effects it will likely have on the United Kingdom, Europe and the global economy; and the second being the more temporary factors.

In terms of the permanent effects, clearly the vote result was a negative for the UK economy, as the UK economy’s trade with Europe is over 50% of its total global trade. And, it’s going to be very difficult for the United Kingdom to negotiate free trade agreements to replicate the types of trading arrangements that it had as part of the European Union (EU). Labor mobility is going to be affected. The London-based financial sector also is going to be affected.

But probably the bigger effect is what will happen to Europe if this is an indication of a rise in populist, nationalist sentiment throughout the whole European continent against the EU and the eurozone project. In 2011, we were convinced the eurozone would stick together despite the massive economic imbalances and the lack of political union, the lack of fiscal union, the lack of banking union and the inability of Italy to structurally reform. We saw those issues could be worked through, provided there was an unconditional and convincing political will to stay together as a union.

Unfortunately, what Brexit and the surprise outcome has indicated is that this broad political will is quickly deteriorating. Going forward, I think we are going to see more referendums and more nationalist parties advocating exits which will create a tremendous amount of volatility and a difficult period in the eurozone.

We don’t expect any of this to be an immediate outcome, but certainly it’s something as investors that we need to take into account.

In regard to the temporary effects, typically when you see a shock like this, you have massive risk aversion, and we saw that in the post-vote rally in US Treasuries and in the Japanese yen, and in the sell-off of emerging market assets. We think these are more temporary effects, and over the course of the next month or so, the market trends may begin to reverse course as people realize this is a long-term challenge for the eurozone. In terms of how this affects emerging markets like Mexico or Indonesia, it really doesn’t materially change our investment outlooks there.

We have been continuously monitoring the market activity and have been looking to potentially take advantage of some of the post-vote dislocations we have seen. At specific points during the post-vote volatility, we found what we estimated to be a bit of a bottom in specific emerging markets: a number of emerging market currencies had initially fallen 5% to 7% but began to regain some lost ground as things began to normalize later during the June 24 trading period. Over the weekend and next couple of weeks, once people begin to distill what really matters surrounding the outcome of this event for Europe and the rest of the world, I think that some of those risk assets in emerging markets that sold off will begin to recover. However, I think the shock to Europe is probably one that could be a little more permanent, and people will likely begin to question investments in the eurozone over the longer-term.  As a result, we remain convinced the euro is likely to weaken.