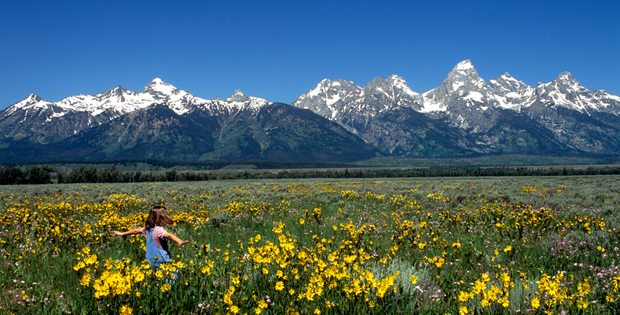 The impact on global markets of the United Kingdom’s surprise vote to leave the European Union seems to have been disproportionate to the relatively small scale of the UK economy in global terms. Why should this be? The reason is confidence, according to John Beck, portfolio manager and director of Fixed Income, London, Franklin Templeton Fixed Income Group. Here, he turns to musical theater to explain why.

As the father of young children, I’ve come to learn there’s much wisdom to be found in musical theater. In the aftermath of the United Kingdom’s European referendum result, I’m reminded of one line in particular from The Sound of Music: “I have confidence in confidence alone.”

I think that confidence—or the lack of it—is at the heart of the situation in which markets across the globe found themselves immediately following the Brexit vote.

In many ways, it was overconfidence that brought the markets to that position: overconfidence that the European Union (EU) authorities had delivered enough concessions to the UK government to make continued membership attractive, and overconfidence that the UK political elite could deliver a Remain victory in the referendum. That the outcome of the democratic process in the United Kingdom should have confounded that confidence is in large part why markets have been so shaken, in my view.

Immediately after the vote of course, markets swung completely the other way reflecting maximum pessimism and assuming the very worst outcome.

Let’s try to look at this rationally. The United Kingdom represents less than 3%-4% of global gross domestic product (GDP)1—that’s not a significant size. So, if this were a case simply of the possible growth impact on around 3%-4% of global GDP, most market participants wouldn’t bat an eye.

But, of course, it’s not just about the United Kingdom, it’s about the wider European market too, and that represents less than 20% of global GDP.2 I think the confidence impact on Europe and on the eurozone in particular will be significant, and the longer the situation continues to be unresolved the greater the impact could be.

I do think we’re at a most extraordinary valuation metric across many bond markets that again goes further than just any possible impact on the United Kingdom. For Europe, this situation amplifies the negative growth shock. Europe is already suffering from a comparatively weak inflation outlook; therefore, I’m not surprised by the further decline in government bond yields.

However, even if the United Kingdom were to endure a recession that reduces its GDP by 5%, the impact on the global economy should be only around 0.15% (based on a 3% global GDP share). That alone doesn’t suggest to me a situation in which, as is currently the case, 40-year Japanese government bonds should be yielding less than eight basis points (0.08%) and nearly the whole Japanese yield curve should be negative. Equally it shouldn’t, in my view, result in most of the German yield curve being negative and 30-year German bonds yielding 0.4% to 0.5%, as is currently the case. What it does suggest to me is that confidence may be the overriding factor.

So, what hope for the future? Since the beginning of the year, a number of commentators that I would consider quite sensible have argued that, over the past five or six years, fiscal policy has been one of the absent links broadly across the world.

Only very recently has there been more emphasis on fiscal policy resulting in a modest loosening of policy in the eurozone, but I don’t think the extent has been very significant.

I think maybe we do need some more radical action. Across the world we’re seeing political upheavals and the rise of more extreme political figures at both ends of the spectrum. A convincing argument could be made that a contributory factor in the UK vote to leave the EU was the inequitable distribution of the spoils after the 2008-2009 global financial crisis. Proponents of that argument would say there’s been too much emphasis on contractionary fiscal policy and not enough on a more equitable distribution.

However, the prospects of the political classes pulling in the same direction on this matter look bleak currently. Within the EU political framework, all sides seem to be sticking to their entrenched positions: the United Kingdom is reluctant to be forced into an accelerated path to exit the Union, with all the constitutional crises that potentially brings, while the EU authorities want to take a tough line “pour decourager les autres” (roughly translated “to discourage the other”) member states that might be questioning their own futures within the union.

In my view,  a real risk of political impasse and a lack of direction will be a further element of negative confidence.

So what does that mean for the United Kingdom and the rest of the world? In my view, the drop in the pound exchange rate could lead to a surge in inflation in the United Kingdom, but it’s very unlikely that the Bank of England would consider raising interest rates if growth remains weak. Ironically that could mean a reduction in the UK debt-to-GDP figures.

For Europe, the previously positive effect of certain European Central Bank actions such as lowering interest rates, the Targeted Longer-Term Refinancing Operations (TLTROs), and its modest loosening of fiscal stimulus in the eurozone, seems to have been completely subsumed by the political uncertainty.

I think too that the confidence knock will likely continue to be felt across the Atlantic in the United States. The US Federal Reserve (Fed) is unlikely to be in any hurry to raise interest rates, even if July employment data are strong. The Fed, I believe, may want to observe the outcome of this confidence shock.

Considering all these factors, it seems likely to me that the inevitable negotiations on the timing and manner of the United Kingdom’s eventual exit from the EU will be long and complex, but thoughtful, given the stakes for both parties.

With that in mind, I’ll give the last words to The Sound of Music’s Maria, with whom we started:

All investments involve risks, including possible loss of principal. Bond prices generally move in the opposite direction of interest rates. Thus, as prices of bonds in an investment portfolio adjust to a rise in interest rates, the value of the portfolio may decline. Investments in foreign securities involve special risks including currency fluctuations, economic instability and political developments. Investments in developing markets involve heightened risks related to the same factors, in addition to those associated with their relatively small size and lesser liquidity.