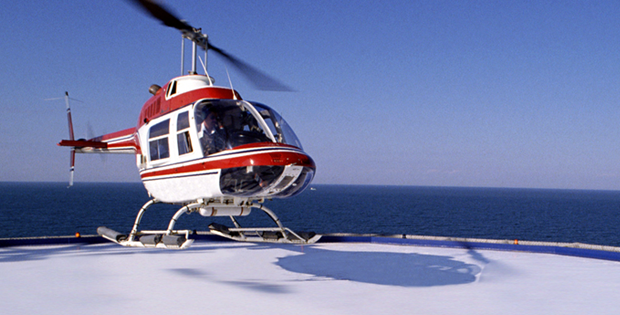 You may have heard the term “helicopter money” bantered about in the press of late. Robert Christian, senior managing director and head of research, K2 Advisors, explains what this moniker means, why it has gotten some recent buzz and whether global central banks may be considering letting it fly.

The concept of distributing hard currency directly to the population to end deep recessions has been promoted in theory since the early 1930s. Influential British economist John Maynard Keynes suggested literally burying cash in abandoned coal mines, which could then be “excavated” by unemployed workers. American economist Milton Freidman talked metaphorically of dropping money out of helicopters for citizens to pick up, hence the colloquial term “helicopter money.” Even former US Federal Reserve (Fed) Chair Ben Bernanke discussed the idea in 2002—thus earning him the moniker “Helicopter Ben”—suggesting a more practical approach in the form of a tax rebate.

Early this past summer, there was buzz that the Bank of Japan (BOJ) was considering a helicopter-type program. While ultimately it engaged in a smaller and more traditional easing measure, the BOJ did say it would do a “comprehensive review” of policy in the months ahead—perhaps presaging more aggressive tactics. Regardless of what path Japan’s central bank takes this fall, if the global economy’s deflationary doldrums continue I expect the discussion around these metaphorical helicopters to get louder.

Some observers might suggest that for all intents and purposes helicopter-money programs are already upon us, that the $4 trillion of new money printed by the Fed, BOJ and the European Central Bank post-2008 have long since qualified as money-from-the-sky-like programs. They say additional easing by the central banks in the form of a so-called helicopter program would be much of the same: serving the purpose of inflating risk assets and pushing investors even further up the risk curve, but providing little in the way of meaningful sustained inflation or growth.

In my mind, however, there is a crucial difference. While I agree that little more would be accomplished in terms of the efficacy of sparking sustained economic growth, a helicopter drop would be quite distinct from what we have witnessed to date from central banks. In one instance, the money is presumed to be a loan; it is a liability that will someday require reparation. In another, the money is explicitly defined as “free”; in other words, no one is on the hook.

Yes, central banks have already created money from thin air (or pixelated digital computer screens) in the same way a helicopter drop would. But the money from contemporary quantitative easing (QE) has been used to buy government bonds, and the presumption is that the government will someday pay those bonds back. The Fed, for example, has $2.5 trillion in Treasury securities on its balance sheet, and as they mature the government is required to repay the money. In the near term, however—depending upon its assessment of the strength of the economy—the Fed could (and will likely) plow the money back into new bonds, and the cycle may continue. But eventually the understanding is that the central bank will be made whole again—someday.

By contrast, the theoretical helicopter money program would involve a different type of transaction. The printed money from the central bank would be distributed with the explicit notion that it would never be paid back—that it will never be withdrawn from circulation.

The actual mechanics could vary widely, probably not involving a literal dropping of money from a helicopter (though that would make for some interesting television coverage). Realistically, such a program would likely entail the issuance of a perpetual government bond of sorts with zero interest and infinite duration. Whatever the structure, the message conveyed would be the same—the central bank is essentially gifting cash to the public, and the money delivered to the marketplace is truly free.

Some industry observers suggest that this dynamic is already in place with current QE programs, and say that these experiments that were intended to be temporary may actually never be unwound.

While I agree that central banks globally clearly do not appear to be in any hurry to unwind their QE purchases, and that this is the narrative being conveyed to the market today, I believe there is a significant difference in the spirit of the message that would be sent if a true helicopter program is employed. Were central banks to literally print money—that is, do away with the convention and pretense of the financial engineering that is QE today—and instead truly and literally acknowledge that their intent is to print money, then in my view the game would change meaningfully. An entirely different message is then being sent to the world, and I don’t think it’s a constructive one. As they say, desperate times call for desperate measures. Helicopter money is what monetary policy desperation looks like.

Pulling a Brick with a Rubber Band

Let us move outside the realm of theory and think about this realistically. For the most part, helicopter-money programs have never been seriously contemplated as legitimate tools for use in modern advanced economies. But when they have been tried historically—in Weimar Germany in the 1920s and Zimbabwe in the 1990s, for example—the consequences have been disastrous. There are a host of reasons why such programs fail. I will focus on what I believe to be the technical challenges associated with any such approach.

Proponents of helicopter-money policies suggest longer-term unintended consequences, such as explosive inflation, could be easily managed and tamped down simply by raising rates. History and data suggest otherwise, however. Despite best intentions, the turning point between price stability and runaway inflation can be sudden, explosive and uncontrollable.

According to the Cato Institute, the use of helicopter monetary policies over the past two centuries has created 56 hyperinflations.1 Why is this? When considering inflation we must also consider money velocity. Quite intuitively there can be no inflation unless money is spent. If the money supply has expanded, but instead of spending people are stuffing it in their mattresses (or governments, banks and corporations are hoarding it), then we would see little to no effect on inflation. So to gauge inflation we also need money velocity, a measure of how quickly money changes hands. The problem is that money velocity is a notoriously non-linear phenomenon. As such, it is extremely difficult to control.

To better comprehend this dynamic, consider the following: Imagine trying to pull a brick in a controlled fashion along a table using a rubber band. It would be quite difficult. As you begin to pull the elastic would stretch and the brick would not move, as the weight of the brick and the tension would keep it firmly stuck to the table.

Eventually, however, a critical point of tension would be reached, such that the brick would begin moving forward—and likely with some heightened velocity. Once the brick is moving then the friction would also decrease, and this would then self-reinforce its acceleration. At the same time, the pull tension remains constant, because you’ve had no time to react (a delayed feedback loop). These combinations of self-reinforcement with a delayed control feedback are the precise conditions for a non-linear system. Either very little occurs, or alternatively, you get hit in the face with a brick.

I believe that if a helicopter-money drop were implemented, the same dynamic would be true for inflation. At first, we may notice nothing. But by the time the central banks realize an inflationary fire has started it may be too late. At a critical mass, just like in a nuclear reaction, the self-reinforcement of inflation expectations could be explosive.

BCA Research succinctly presented their argument against helicopter policies in a May 2016 report, saying: “Our contention is that central bankers are not running out of bullets per se, but they may be running out of reliable bullets. Some bullets fire true and straight, hitting their intended target; others stray, hitting unintended targets; and the worst bullets backfire, hitting the shooter themselves. Helicopter money is such a bullet …”2

Helicopter money may be an interesting theoretical idea and fun mental exercise in hypotheticals for economists to engage in, but in my humble opinion that is where it needs to stay—in theory.

All investments involve risks, including the possible loss of principal.