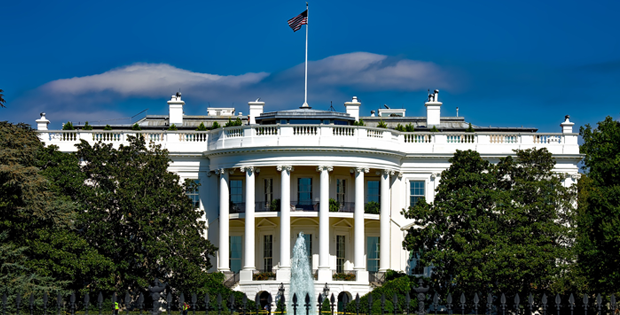 As the election results were confirmed late Tuesday night in the United States (around midday Wednesday in Asia), we had a pretty violent reaction in many markets and across asset classes and regions. Interestingly, as soon as Europe’s day began, and then followed by the start of the regular US trading day in New York Wednesday morning, we saw a very interesting bifurcation. Many of those initial panics were completely reversed and some began moving in the opposite direction.

US Treasuries initially experienced a knee-jerk reaction to the victory for Donald Trump , where yields fell and bond prices rose. Very quickly those gains reversed and as the trading day began to unfold, we saw the 10-year Treasury note yield rise above 2%, approximately 20 basis points wider than where it was trading just a few days ago.1

I think this is very important as it tells us two things. First, when there is a shock to markets, the most vulnerable assets are the ones that are in a bubble, and we have been saying for quite some time that US Treasuries appear to be overvalued. I wouldn’t have necessarily predicted the election to be the trigger to begin to correct the situation, but when shocks happen, markets that are distorted will tend to react most violently and I think US Treasuries have demonstrated that.

Second, when we think through the possible implications of some of Trump’s proposals which have to do with increasing tariffs, the most immediate implication is increasing prices—which is inflation. So, I think the reaction in Treasuries today reflected two aspects: They were in a bubble that was shocked, and there is some concern the US election outcome will only exacerbate the rising inflationary pressures that were already happening.

Turning to the global market implications, we first saw the Japanese yen and the euro appreciate significantly when the US election results came in, but then retraced all of their gains. By the early hours of the East Coast US time zone, they were actually trading at a loss. These markets were reacting to rising US Treasury yields as we would expect them to.

In emerging markets, we’ve seen a couple different initial dynamics taking place in the wake of the US election results. Many of the Asian markets that had initially declined fully or partially retraced those losses; India’s market actually ended stronger than it started the day and Indonesia saw a large retracement. Elsewhere, Latin America was obviously more severely affected given some of the pre-election rhetoric from Trump.

Mexico was a focal point of the Trump campaign; going into the election, many traders had predicted that if Trump were elected, the peso would react strongly, and they were positioning for that. Trump’s victory was a surprise to many, but I think a lot of the concern was already priced in and a lot of market participants were heavily short peso prior to the election and positioning for a decline. The market was way oversold to begin with and some initial knee-jerk losses after the election result were recouped. The market’s reaction also recognizes the fact that there are checks and balances in the system. What is said in an election campaign and what is able to be implemented are often very different, and Congress has a lot of vested interest to keep trade going with Mexico. A lot of US workers and US companies are very dependent on trade. The structure of that trade may be adjusted over time, but trade is not going to come to a full stop. I think there is recognition that pre-election rhetoric is probably different than the realities of implementing policy.

For the rest of Latin America, there was a knee-jerk selloff which has come back somewhat. We’ve been increasingly positive on South America, and many countries there have undergone a decade-long experiment with populism which failed abysmally. There were a couple key tenets of that populism movement, including heavy-handed government intervention, inward-looking trade policies and protectionism. Those efforts eventually resulted in inflation, no growth, high unemployment and social instability. In the last year, places like Argentina and Brazil have rejected that populism, a populism that, unfortunately, is resurging in the United States and in Europe. Most countries in South America have moved in a different path, with a more pro-market stance, a fiscally conservative approach, credible monetary policy, a proactive business environment and outward-looking trade.

While we’re concerned about the rise of protectionism in the United States and Europe, we are still encouraged about the longer-term trajectory of Latin America. I think we learned a lot from the post-US election market reaction. We learned which markets are vulnerable, which were oversold, and by and large, saw some market dislocations present longer-term investment opportunities. Looking ahead, we continue to expect rising inflation in the United States, rising US Treasury yields, depreciations of the Japanese yen and euro, and currency appreciations across a select set of emerging markets.

Dr. Hasenstab and his team manage Templeton’s global bond strategies, including unconstrained fixed income, currency and global macro. This economic team, trained in some of the leading universities in the world, integrates global macroeconomic analysis with in-depth country research to help identify long-term imbalances that translate to investment opportunities.

View more views on the US election from our global investment teams at: “America Decides: What Election’16 Could Mean for Your Portfolio.” 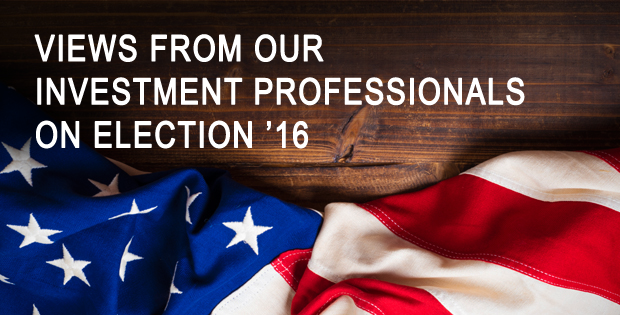 All investments involve risks, including possible loss of principal. Special risks are associated with foreign investing, including currency fluctuations, economic instability and political developments. Investments in emerging markets, of which frontier markets are a subset, involve heightened risks related to the same factors, in addition to those associated with these markets’ smaller size, lesser liquidity and lack of established legal, political, business and social frameworks to support securities markets. Because these frameworks are typically even less developed in frontier markets, as well as various factors including the increased potential for extreme price volatility, illiquidity, trade barriers and exchange controls, the risks associated with emerging markets are magnified in frontier markets. Bond prices generally move in the opposite direction of interest rates. Thus, as prices of bonds in an investment portfolio adjust to a rise in interest rates, the value of the portfolio may decline.

1. Treasuries, if held to maturity, offer a fixed rate of return and fixed principal value; their interest payments and principal are guaranteed.