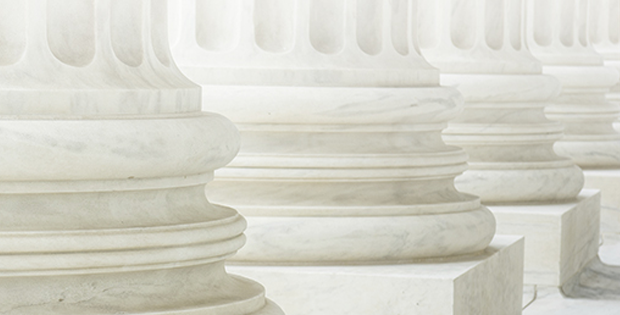 Now that the US election is over and a change in Washington is ahead, new policies are likely to come to fruition, and old ones may be revisited. Some of these policies may affect the investment landscape—and retirement. Some observers think the US Department of Labor’s (DOL) fiduciary rule enacted under the Obama administration—which expanded the scope of persons deemed to be a fiduciary—could be on the chopping block. Here, our Yaqub Ahmed and Michael Doshier break down their views of the potential implications of Donald Trump’s presidential win on this and other retirement-focused matters.

In an outcome that very few predicted, President-elect Donald Trump built a coalition of voters that outperformed polling and election models. Trump did so while offering very few policy prescriptions outside of his high-level pronouncements on key issues of immigration, national security and the economy. Overall, Democrats and the traditional Republican Party messages were both defeated by Trump’s populism movement, which resonated with potentially millions of Americans who had previously voted for President Obama’s campaign message of change in 2008. Underestimated in the primaries and the general election, Trump struck a chord with a large contingency of voters. While we don’t really know what’s to come in terms of financial and retirement-related policies on the horizon under the Trump administration, there is one issue that is already generating some buzz in terms of a possible repeal—the Department of Labor’s (DOL’s) fiduciary rule. While we’ve also consulted with Michael L. Hadley, Partner of Davis & Harman LLP, in preparing our analysis of the implications of a Trump presidency on the issue, the views expressed herein are our own.

The intent of the DOL’s fiduciary rule, which becomes applicable in April 2017, is to protect consumers by ensuring financial advisors put their clients’ interests above their own financial interests. It has been over 40 years since the Employee Retirement Income Security Act of 1974 (ERISA) gave DOL authority to protect tax-preferred retirement savings, and the basic rules governing which activities trigger fiduciary status haven’t been meaningfully changed since. This is despite a dramatic shift in our private retirement system away from defined benefit (DB) plans and into defined contribution (DC) and self-directed Individual Retirement Accounts (IRAs). Since the rule reaches into the 401(k) rollover and IRA markets, it will have a very broad impact on most advisor/client relationships and will capture many types of interactions with retirement clients.

Many in the financial services industry who agree that advice should be in a client’s best interest but do not agree with the nuances of this rule—believing it may have unforeseen consequences—are now wondering what new paths exist to delay, modify or stop it. Some have suggested that Trump will overturn it, but others have said that doesn’t seem likely as Trump has other priorities and this issue was not a centerpiece of his campaign.

One path to at least delay the rule would be to include a provision in a lame-duck legislation package to do so, but we think it unlikely that President Obama would sign that bill, and many Republicans don’t have much reason to push the issue right now given other priorities. Because the rule was technically effective in June of this year, the Trump administration cannot simply pull the regulation—it must change or overturn it through the normal regulatory process. Trump could, however, quickly propose and seek comment on a temporary delay of the regulation. The Obama administration used a similar process in 2009 to first delay, and then overturn, an investment advice regulation that was put in place in the waning days of the George W. Bush administration. A temporary delay in the regulation would give the Trump administration time to put in place its political appointees who could more carefully consider permanent changes (which would need to go through a full regulatory process). Who Trump ultimately appoints to head the DOL and other key posts within his administration could help determine what, if any, changes on this (or other matters affecting the financial industry) may be forthcoming.

Trump has a very limited, if any, agenda on retirement issues that we can determine. His advisors have been quoted as calling for the repeal of the DOL fiduciary rule, but his populist rhetoric has been largely adversarial toward Wall Street. In addition to the fiduciary rule, there could be potential changes to the freshly finalized state-run plan regulations and/or efforts to limit the ability of states to impose mandates on employers to enroll employees in state or city-run retirement plans.

There may be other unresolved retirement issues that have bipartisan support, including a number of ideas to improve savings and auto features, and provisions that have long been pursued by the insurance industry such as lifetime income disclosure, a safe harbor for annuity selection and annuity portability. These bipartisan reforms, which are contained in the Senate Finance Committee-approved Retirement Enhancement and Savings Act (RESA), will need to find a vehicle to move on. It was expected that the end-of-the-year spending bill might be that vehicle, but given the outcome of the election and Republicans’ much-stronger position next year, we think a large compromise package is much less likely now. On the other hand, it is also possible Congressional Republicans will want to pass bipartisan bills now, so as to “clear the underbrush” and leave the next Congress and president a clean slate.

A unified government with Republicans majority control of Congress and the presidency will increase the likelihood for comprehensive US tax reform to materialize. Because of Trump’s limited policy agenda and lack of focus on policy details, it is expected that such an effort would result in Congress wielding the pen to draft legislation that Trump would be willing to approve. This was on display when Trump’s revised tax plan mirrored the House Republican Blueprint on Tax Reform. Based on that Blueprint, the insurance and retirement industries will need to be aggressive in defending existing tax preferences. While the Blueprint expresses support for the continuation of tax preference for savings, it did not pledge to maintain and preserve such tax preferences at current levels and also explored the potential consolidation of existing retirement savings vehicles (401(k), 403(b) and 457 plans).

Since the DOL fiduciary rule affects IRA assets themselves, most advisors are impacted. This, in turn, impacts their clients and interactions with them, particularly when making recommendations regarding retirement decisions. What new or changing policies related to the DOL or other investment-related matters—like much of Trump’s policy agenda—largely remains unknown.

What hasn’t changed, in our view, is the importance of professional advice in preparing financially for retirement. Like many, we will be following developments in the coming months as Trump’s transition team gets up and running to see what possible implications there may be for retirement advice and investments.

This material is general in nature, and is provided for informational and educational purposes only. It is not intended as investment, tax or legal advice, or as an investment recommendation within the meaning of federal, state or local laws or as a substitute for legal counsel. Laws and regulations are complex and subject to change; please consult with a qualified professional with respect to your specific circumstances and individual goals.

Financial decisions and investing involve risk, including risk of loss.

The comments, opinions and analyses expressed herein should not be considered recommendations to invest in any security or to adopt any investment strategy. Because market and economic conditions are subject to rapid change, comments, opinions and analyses are rendered as of the date of the posting and may change without notice. The material is not intended as a complete analysis of every material fact regarding any country, region, market, industry, investment or strategy.

Visit our website to learn more about this important change.

Link to Yaqub Ahmed's articles
Head of Retirement, Insurance, and 529 – US
Franklin Templeton