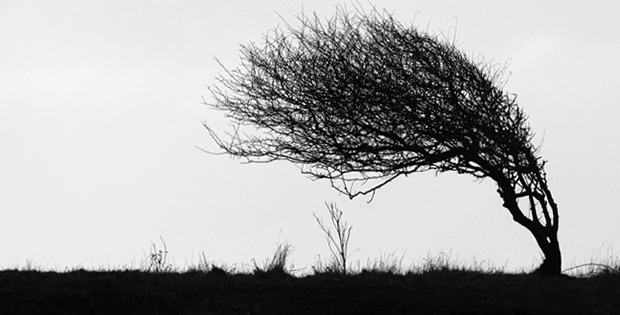 For fans of surprise endings, especially in political contests, 2016 was a banner year. Unexpected election outcomes swung global equity markets both up and down and continue to influence the outlook for many sectors and companies. And Coleen Barbeau, director of portfolio management, Franklin Equity Group, says the volatility likely will continue into 2017. In fact, she believes this year may be even more unpredictable, as additional elections are held and policy changes play out across the globe. While these events may sway equity markets, Barbeau maintains that stock fundamentals should—eventually—resume their place as the key determinant of stock value.

After the UK Brexit vote and the US presidential election, international equity markets should be accustomed to the unexpected by now. And as 2017 unfolds, we believe uncertainty is likely to persist. Instead of trading on underlying corporate fundamentals, we think this uncertainty creates the potential for markets to trade on news headlines as well as on rhetoric and speculation about policy changes coming from a number of Western capitals.

We believe the potential for significant policy change in the United States is what has largely driven the surge in equities since the presidential election in November. Growth stocks have drastically underperformed value stocks, as investors favored financial and energy names while selling what had been strong performers in the information technology and health care sectors. Bank stocks, in particular, have moved in dramatic fashion—rerating not on a near-term change in profit outlook, but simply on optimism about possible industry deregulation and a more rapid pace of interest rate increases.

Also, hopes for greater fiscal spending in the United States, along with the subsequent rise in bond yields, have led to a move into stocks that could benefit from faster growth and greater inflation—the so-called “reflation trade.” Infrastructure and defense-related names—especially those sporting low valuations as measured by price-to-earnings ratios—surged at the expense of what we view as higher-quality stocks that generally offer more sustainable earnings growth, cash flows and dividend streams.

While these moves may mark the dawn of a new period for global equity markets, in our view, not much has changed fundamentally. According to the International Monetary Fund, the pace of global economic growth is likely to remain steady in 2017, with global gross domestic product growing a projected 3.4% after a 3.1% expansion in 2016.1 Underpinning these forecasts is relatively robust growth in emerging markets and more modest expansion in developed economies, including somewhat faster growth in the United States, a slowdown in Europe and the United Kingdom and continued sluggishness in Japan.

Although the US Federal Reserve may continue to raise interest rates modestly over the course of 2017, the European Central Bank (ECB) and Bank of Japan are likely to continue asset purchases as they look to support growth and bolster inflation in their respective economies.We anticipate that this liquidity should continue to buoy international equity markets, even as the ECB begins to taper bond purchases in April 2017. Additionally, a stronger US dollar is likely to put a cap on US equity markets, after the recent move higher has left them trading at the top of their historic valuation range.

With many US stocks potentially at their peaks, we see greater opportunities to seek best-in-class, non-US companies that are positioned to take advantage of growth opportunities around the world. Moreover, unlike US stocks, many of these companies have traded sideways over the past few years, and their valuations look more compelling to us. For instance, our bottom-up research has led us to individual opportunities more recently in the United Kingdom and Japan. We are focused on companies which garner most of their revenues abroad, as they leverage their robust business models to capture growth opportunities in faster-growing regions like the United States or emerging markets.

Politics remain the wildcard. What a combination of lower taxes, looser regulation and potentially greater protectionist policies in the United States may mean for the economy and global trade remains to be seen. Increased protectionism, in particular, could upend supply chains and make doing business globally more challenging. The populist rhetoric might also increase across Europe in 2017 as French, German and Dutch voters head to the polls.

Although political rhetoric, a changing regulatory regime and potentially more protectionist policies may influence how markets trade from day-to-day in 2017, we believe fundamentals will ultimately matter. As markets get more clarity on the emerging policy backdrop, we believe companies with strong growth potential that the market has overlooked will likely fare well over the longer term.

Coleen Barbeau’s comments, opinions and analyses are for informational purposes only and should not be considered individual investment advice or recommendations to invest in any security or to adopt any investment strategy. Because market and economic conditions are subject to rapid change, comments, opinions and analyses are rendered as of the date of the posting and may change without notice. The material is not intended as a complete analysis of every material fact regarding any country, region, market, industry, investment or strategy.

All investments involve risks, including possible loss of principal. Stock prices fluctuate, sometimes rapidly and dramatically, due to factors affecting individual companies, particular industries or sectors, or general market conditions. Special risks are associated with foreign investing, including currency fluctuations, economic instability and political developments. Investments in emerging markets involve heightened risks related to the same factors, in addition to those associated with these markets’ smaller size and lesser liquidity. These and other risk considerations are discussed in the fund’s prospectus.

1. Source: International Monetary Fund, World Economic Outlook, October 2016. There is no assurance that any estimate, forecast or projection will be realized.