Earlier this month, David Zahn, head of European Fixed Income, Franklin Templeton Fixed Income Group, set out some thoughts on the political and economic landscape for Europe in 2017. He deliberately didn’t talk in depth about one topic that is likely to take center stage this year—Brexit—because he felt it deserved a blog all to itself. Here, Zahn explains why he thinks the United Kingdom is in a better negotiating position than it’s given credit for and what effect the newly inaugurated President Trump might have on the process. 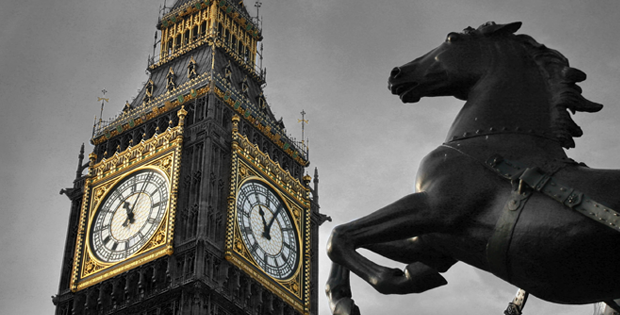 We feel generally positive about the prospects for a mutually agreeable Brexit deal between the United Kingdom and the European Union (EU). However, we don’t think it will be achieved without challenges.

Neither the UK Supreme Court ruling that the country’s Parliament must vote on triggering Article 50 to start the Brexit process, nor Prime Minister Theresa May’s January 17 speech setting out her vision for Brexit have dented that feeling.

During a visit to Brussels earlier this year, our European Fixed Income team had the chance to meet a number of European politicians and their general feeling seemed to be that Brexit was not a priority for anyone in Europe.

Instead, they suggested, Brexit was an issue for the United Kingdom alone. In our eyes that’s a misguided approach: We think Brexit is very much a European issue.

Although the United Kingdom may be most deeply affected, we believe there could be a sizable impact on other parts of the EU as well. Countries with particularly strong trade links such as Ireland, Germany and the Netherlands may find themselves especially impacted.

Furthermore, we believe the United Kingdom is in a stronger negotiating position than many commentators give it credit for, and the election of Donald Trump as US president may have strengthened its hand further.

In addition, we think Donald Trump’s presidency could be beneficial for the United Kingdom’s negotiating position for two reasons:

First, Trump says he likes the United Kingdom and has hinted at the possibility of a quick trade deal. It remains to be seen how this deal will shape up but what’s important here is that the sentiment of trading with the UK seems to be more positive under Trump than under the previous administration. We think it’s significant too that UK Prime Minister Theresa May should be the first world leader to visit Trump after his inauguration.

Second, we feel Trump rhetoric around defense may strengthen the United Kingdom’s negotiating stance with the EU.

The United Kingdom has one of the largest militaries in Europe, and it’s one of only two major markets in the region spending more than 2% of its gross domestic product (GDP) on defense.2

Given Trump’s criticism of the North Atlantic Treaty Organization (NATO), which has underpinned European defense strategy for decades, we think European diplomats would be anxious to keep the United Kingdom onside and reluctant to adopt too aggressive a negotiating stance.

So, in our view, money and defense give the United Kingdom a more substantial presence at the bargaining table than many Europeans may believe.

It seems to us, also, that in recent weeks, UK politicians have been adopting a stronger tone in their public pronouncements, underscoring their determination above all to leave the EU. Theresa May’s speech on January 17, in which she set out her vision for Brexit, is an example of that.

On the other hand, some Europeans seem to have started to waiver in their resolve: In Germany for example, Chancellor Angela Merkel has hinted that immigration and migrant labor, which were previously non-negotiable, now might be up for discussion.

That’s important, in our view, because the Brexit deal will be done between the United Kingdom and EU nations, so it’s important to watch the sentiment in individual countries.

With the Brexit negotiations likely to be a drawn-out affair, we wouldn’t expect to see much direct impact on UK growth this year.

One thing seems clear to us, however; both Europe and the United Kingdom need trade to continue after Brexit. Whereas the EU as a whole has a substantial current account surplus, including a surplus with the United Kingdom itself, the United Kingdom’s position is not as rosy. Its trade deficit with the EU is deep in the red, and its trade balance with the rest of the world is marginal at best. 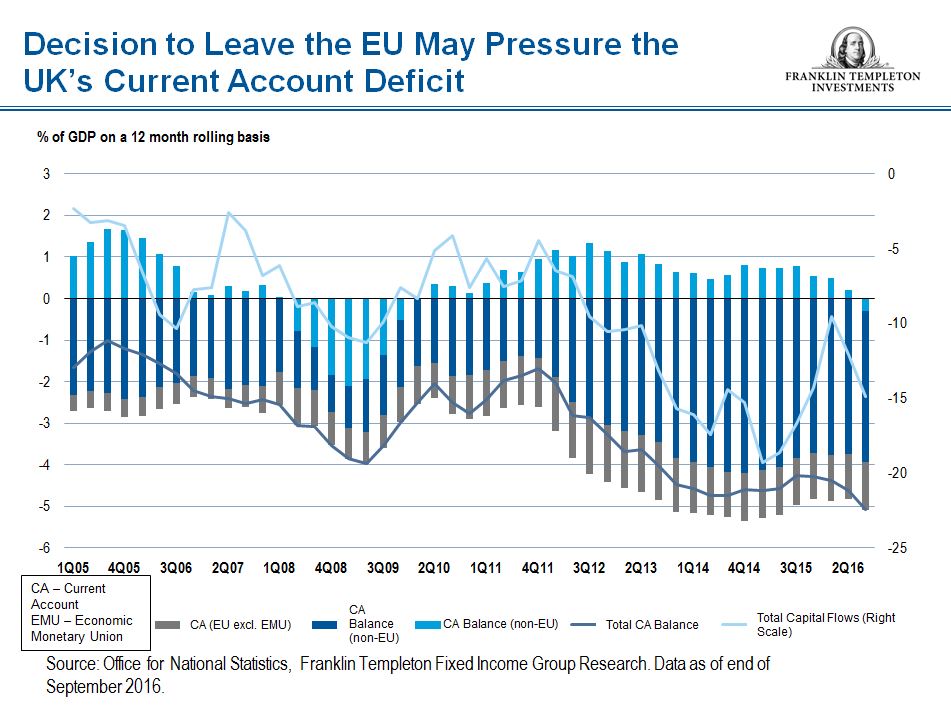 This current account deficit needs to be financed, and so this is one area where we feel sterling could come under pressure, particular versus the euro.

But it’s not all bad news. There is some evidence that debt as percentage of GDP in the United Kingdom has topped out. That should give the politicians scope to react if they need to, possibly including an increase in fiscal spending if necessary. 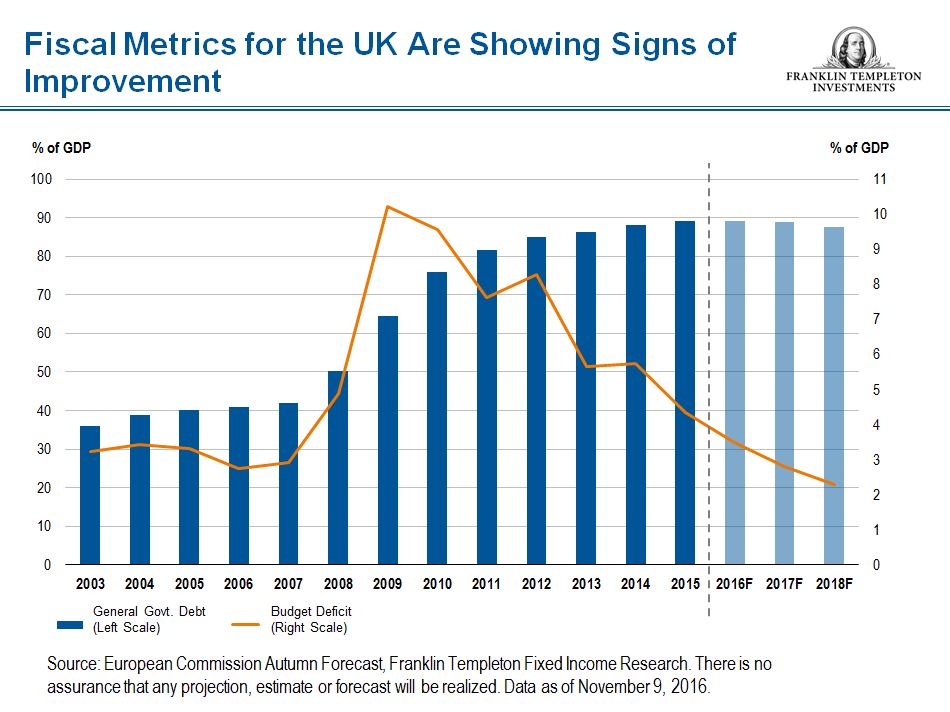 Inflation may be an issue. Some forecasts indicate inflation in the United Kingdom might hit 3%–3.5% over the next year because of last year’s oil price fluctuations and the currency volatility.3 However, we expect that to be a short-term effect which should ease off once those one-off impacts work their way through.

Of course, there is a chance that if the political rhetoric around Brexit were to become more fiery and sterling were to depreciate further as a result, there could still be a bigger bump up in UK inflation.

There seems to be evidence that markets around the world are getting excited by the so-called “reflation trade,” especially in the United States, but we think maybe they’re getting a bit ahead of themselves. In the European space, we would generally expect to be running a longer duration4 position in our portfolios as we believe yields should remain well anchored in Europe.

We recognize, however, that markets are likely to continue to be volatile, so we have to be prepared to make adjustments to durations more quickly than in the past.

1. There is no assurance that any estimate, forecast or projection will be realized.

2. Duration is a measurement of a bond’s—or a portfolio’s—sensitivity to interest-rate movements.