The financial markets seem to have high hopes for new business-friendly policies in the United States following Donald Trump’s inauguration as the country’s 45th president on January 20. Whether Trump’s campaign promises actually lead to policy changes still remains to be seen, but when it comes to potential tax reforms and fiscal spending initiatives, certainly some stock sectors look to benefit more than others. Ed Perks, chief investment officer, Franklin Templeton Equity, puts financials, consumer and industrial stocks (in general) in that category. While he’s optimistic about the year ahead for the equity market, he notes that there are still many unknowns. 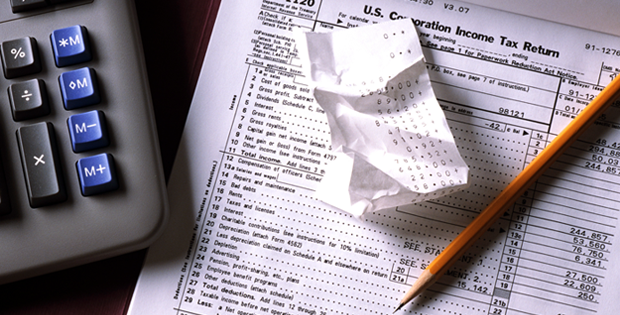 In the United States, tax reform appears to be a cornerstone for Donald Trump’s new administration, and we expect related policies will likely be passed within the next few months through the budget reconciliation process that could have investment implications. While there are few specific details available today, some distinct similarities in the proposals on the table should help guide us. To highlight three of these:

It’s always tough to gauge the impact of policy shifts in isolation. However, we think broad tax reform combined with other fiscal stimulus measures, such as infrastructure spending and repatriation of foreign profits, could be very effective (at least in the short term) in providing a boost or acceleration in gross domestic product (GDP) growth over the next several years.

In terms of some possible market and sector implications, first we would consider the impact of corporate tax reform. We think the House Republican Tax Reform Task Force Blueprint is targeting some of the issues that have contributed to what many believe is an inefficient and uncompetitive tax system.

Currently, domestic companies’ worldwide profits are subject to a US federal tax rate of 35%. Foreign earnings are taxed only when repatriated (also at a 35% rate) less a credit for any foreign taxes paid, but in reality this had ultimately incentivized multinationals to leave foreign earnings overseas to the tune of over US$2.5 trillion. We expect a one-time repatriation tax holiday on accumulated foreign earnings. Importantly, we think this is likely to come into play regardless of whether or not the cash is moved from foreign jurisdictions to the United States.

While some of the initial tax-reform proposals call for corporate tax rates as low as 15% to 20%, we ultimately think the rate will fall between 20% and 25%, and will likely include a significant reduction in the number of tax deductions and credits. This would meaningfully simplify the tax code.

Potential US tax reforms are likely to have a wide range of impacts on different sectors and companies within the equity market, but ultimately it depends on an individual company’s situation. That said, as we look across sectors, we see some companies more likely to benefit and some less likely to benefit. In our view, financial-oriented companies with higher effective tax rates are among the likely beneficiaries. We also would put consumer discretionary, consumer staples and industrials companies in that category, particularly companies with high domestic production operations and/or a specific export focus. Companies competing with large importers of goods may see a competitive advantage.

Those that may see a less significant benefit include health care and technology companies; in these areas we may actually see an increase in cash or GAAP tax rates,1 particularly for companies that have been a bit more aggressive with tax-planning strategies and/or the offshoring of a significant component of their operations.

Overall, we think tax reform is likely to be positive for US equities in general. The benefit from lower tax rates is likely split between earnings and cash flow at the corporate level. Combined with the effects of higher spending and possible domestic investment and other stimulus measures, we see the potential for US GDP growth to accelerate between 0.5% and 1.0% over the next several years.

We remain optimistic about some combination of these different initiatives: tax reform, simplification of the tax code, repatriation of foreign profits, infrastructure spending, the ability to enhance or incentivize an increase in domestic spending and an increase in domestic investment. One of the key factors causing a deceleration in earnings growth during the last several years has been a decline in productivity. We think that many of the aforementioned initiatives could help boost productivity and set us on a higher trajectory for earnings growth over the next several years. Our long-term focus and dedicated research can help us find interesting opportunities amid an evolving landscape.