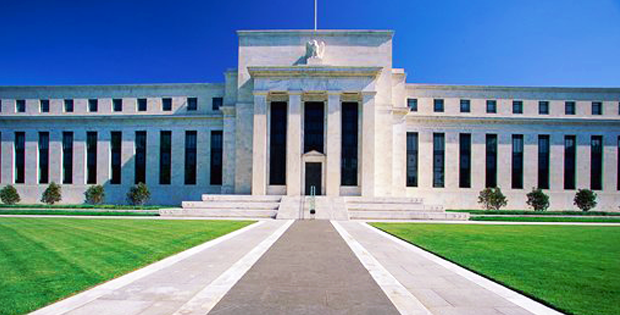 The markets were widely anticipating the US Federal Reserve (Fed) would raise interest rates at its March policy meeting, and the Fed delivered, increasing its key short-term lending rate—the Federal funds rate—for the second time in three months. The Fed also indicated it hasn’t likely finished its tightening cycle yet, but there are still plenty of unknowns ahead. Franklin Templeton Fixed Income Group’s Chris Molumphy sees the Fed’s move as a vote of confidence in the US economy given positive trends in the labor market, consumer and business confidence. He also reminds us that long-term rates are not likely to move in lockstep with increases in the Federal funds rate and importantly, despite rate increases, there are still several attractive areas he sees within the fixed-income space.

Given indications of a healthy economy, it looks increasingly clear that we are in a rising short-term-rate environment; going forward, we expect a steady rather than ad-hoc pace in short-term rate increases likely as the Fed seeks a more neutral level of interest rates. That said, within the realm of fixed-income investing, it is important to realize short-term and long-term rates don’t tend to move in lockstep, as various factors can also influence the latter.

As always, this means the ramifications will vary across fixed-income sectors.

We regard the Fed’s rate hike as a healthy sign that the Fed is corroborating or confirming evidence of strength in the broader domestic US economy, particularly given positive trends in the labor market, as well as business and consumer confidence.

As the Fed seeks a more neutral level for interest rates, it also regains a fuller influence on the economy. A more neutral level of interest rates gives the Fed a full range of ammunition going forward, should it need to reverse course. One of the concerns we have is that if the Fed should continue to keep rates low and the economy takes a surprise turn for the worse, the Fed wouldn’t be able to spur the economy via rate cuts. While the Fed may not need any bullets anytime soon, we think it’s important to have them.

Given the strength of key economic indicators, we have believed that the Fed was increasingly risking falling behind the curve with regard to raising short-term interest rates. As a reminder, the Fed funds rate starts at zero, had been there for an extended period, and is still low by historical standards even with this latest Fed move.

However, we wouldn’t necessarily expect longer-term Treasury rates to increase at the same pace. The 10-year Treasury rate may tick higher gradually, but not likely in tandem.

In line with a positive assessment of broader economic fundamentals, even though it’s had a healthy run, we continue to have a favorable view of corporate credit, including investment grade and high yield as well as leveraged loans (bank loans). We continue to think these sectors could broadly benefit from economic tailwinds.

Within corporate credit rated below investment grade, the biggest risk has always been distress and defaults, and we are cognizant of that risk so far into the US economic cycle. We monitor the situation closely, but we don’t see early signs of broad credit deterioration, at least in the near-to-intermediate term.

We also continue to believe that the municipal bond sector is attractive from a relative value perspective. Broadly speaking, we are constructive on the fundamentals reflected in most city and state municipalities.

So in sum, we expect that the Fed will likely continue to raise short-term interest rates as it seeks a more neutral level of interest rates across the yield curve, and that it will do so in a more consistent fashion over time. Given the strength of the US economy, we view Fed tightening with a positive lens and believe there are still plenty of potential opportunities within the fixed-income landscape for investors.