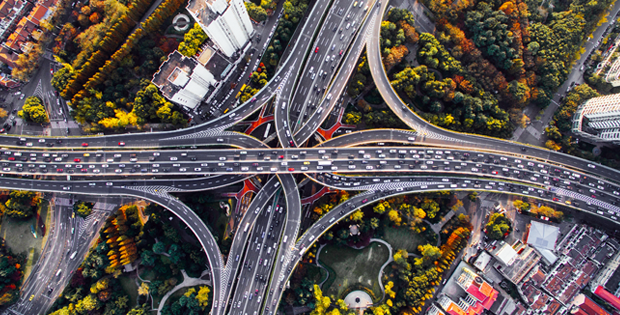 Having our global headquarters in the midst of California’s Silicon Valley gives us a particular insight into the development of the technology sector. But it is increasingly clear to us that the influence of technology stretches across more than just a single sector. We’re seeing the convergence of technology with other sectors to drive innovation.

This convergence trend seems to us to have been born out of necessity. Many industries have found that they must innovate, partly because the growth environment has been slow, so productivity gains have become increasingly more important. These industries have been adopting technology to eke out incremental growth or productivity to drive earnings growth.

In the financials sector, for example, we’ve witnessed a revolution in the area of payments as well as the growth of “fintech” companies, which use technology to make financial services more efficient for end-users.

Elsewhere, the rise of artificial intelligence is now permeating multiple sectors. The automotive industry, in our view, is a sector that is innovating at an incredible pace. Cars—particularly self-driving vehicles—are becoming more connected, which helps with efficiency and safety, and they’re requiring more sophisticated software, sensors and, naturally, connectors.

We believe the evolution of the automotive industry represents true innovation, and it’s happening far faster than we had ever anticipated. Self-driving trucks, for example, could soon be a mainstay on the highway, transporting their cargo across the country. A proliferation of self-driving trucks could disrupt a variety of older sectors. They are most disruptive to labor as the necessity of a driver is eliminated, thus reducing costs. Not only do self-driving trucks lower labor costs, but also potentially increase driving efficiency, which would reduce fuel costs. We could also potentially see increases in safety and lower insurance costs.

Our investment approach is to look at companies that are targeting and supporting the progression and innovation in the automotive market, such as semiconductor developers or connector, sensor and switch manufacturers.

Outside of the automotive area, we favor industrials in general, as the sector has traditionally offered long-duration growth. It’s also quite a diverse sector, with several sub-segments such as commercial aerospace, defense and transportation, and generally enjoys large barriers to entry.

Many factors are spurring growth in a great number of these businesses. The US defense industry, for example, has seen relatively little investment over the last eight years. But we expect President Donald Trump’s administration to likely increase defense spending in a variety of places, not only on traditional areas such as aircraft carriers and submarines, but also on advances that could end up benefiting consumers worldwide.

It’s quite common for technological advances that originated as military applications to find their way into our everyday lives. For example, the finger-recognition technology that allows a smartphone owner to use his or her fingerprint as a password was developed for the military. (The technology went mainstream after a large smartphone company bought the firm that invented this technology.) We believe the facial-recognition technology currently employed by the military will likely end up allowing consumers to unlock their tablet computers with a faceprint in the near future.

And we expect the military—and other departments of the US government—will be at the forefront of advances that address a concern that has received a lot of attention recently: cybersecurity. Citing the hacking of the Democratic National Committee’s emails before the election, President Trump has said he intends to sign an executive order that will force government agencies to improve their cybersecurity measures.

We believe established leaders in the cybersecurity space, including defense companies, could be poised to benefit from such an initiative—as could the private sector. The “military-grade” cybersecurity technology that we expect will likely be developed in this endeavor may eventually become the standard for the private sector, which will likely be a boon to sectors such as financials and utilities, which tend to be more vulnerable to cyber attacks than others.

Technological advances have been made across a variety of industries—and we think they are not likely to stop any time soon. In fact, we believe the new administration’s pro-growth policies such as deregulation, tax reform and cash repatriation may spur further innovation in many different sectors. Many management teams have told us they are excited about these changes, as they could potentially lead to greater investment in technology and expansion in general.

Turning to technology companies specifically, many of the larger firms have significant pools of cash sitting offshore that they could potentially bring back to the United States through repatriation and use for corporate purposes such as mergers and acquisitions and increased capital expenditures, which could spark innovation.

And, while some high-profile disagreements between the new US presidential administration and the executives of large tech companies have erupted, there have been efforts to reach out to the technology sector. We think that reflects the administration’s appreciation that tech companies are true agents of value creation in the US economy, despite its rocky start with the tech titans.

The comments, opinions and analyses are the personal views expressed by the investment managers and should not be considered individual investment advice or recommendations to invest in any security or to adopt any investment strategy. Because market and economic conditions are subject to rapid change, comments, opinions and analyses are rendered as of the date of the posting and may change without notice. The material is not intended as a complete analysis of every material fact regarding any country, region, market, industry, investment or strategy.

All investments involve risks, including possible loss of principal. Investing in fast-growing industries, including the technology sector (which has historically been volatile) could result in increased price fluctuation, especially over the short term, due to the rapid pace of product change and development and changes in government regulation of companies emphasizing scientific or technological advancement. Small-capitalization companies can be particularly sensitive to changing economic conditions, and their prospects for growth are less certain than those of larger, more established companies.