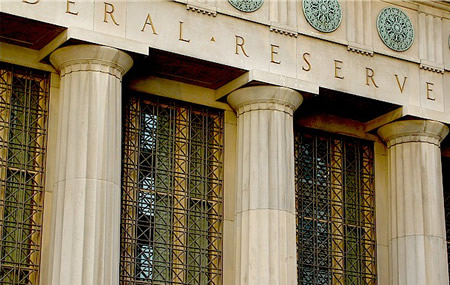 In the Know: Professionals from Franklin Templeton Investments offer a brief but insightful update on a pressing investment topic.

Janet Yellen’s term as US Federal Reserve (Fed) chair ends early next year, and President Donald Trump decided not to extend her tenure as head of the US central bank. His pick to lead the Fed is Jerome Powell. Franklin Templeton Fixed Income Group CIO Chris Molumphy offers his take on the implications for investors. He says the markets should view Trump’s pick positively.

Q: Why should we care who the Federal Reserve chairman is?

Chris Molumphy: With the Fed beginning to normalize policy and recently initiating the unwinding of its balance sheet, President Trump’s announcement of the new Fed chair comes at a fairly critical time in terms of monetary policy. Policy will be a crucial factor for markets in the coming months. While the Fed chair isn’t the only voice, he or she is the most prominent one.

Q: What are your thoughts on Trump’s pick?

Chris Molumphy: Strategically, the choice of Powell seems like a win-win for Trump. While he is able to keep continuity with Yellen-driven policy (which has aided him in his first year), he gets three perceived “upgrades”:

All things being equal, it seems logical that Trump would lean away from the more hawkish Fed candidates. Trump is considered non-ideological and would seemingly prefer a lower interest-rate environment to benefit his pro-growth agenda, even though there may be longer-term consequences. Higher interest rates could be a bit of a headwind to economic growth in the short run, although could prove beneficial longer term. Trump seems more focused on economic growth than longer-term issues like the national debt.

Powell is a bit of a hybrid. He seems likely to continue the existing approach the Fed has been taking and not likely to be overly aggressive in raising rates.

Q: How do you see the markets reacting?

Chris Molumphy: The markets should take some comfort in Powell, as he is a current Fed governor and more or less represents the current state of affairs, business as usual. He has worked alongside Yellen since 2012, and they are philosophically alike (dovish bent).

The markets do tend to react to these sorts of announcements—and they will—but ultimately, the Fed is not going to shift gears overnight. Monetary policy decisions should continue in a well-thought-out manner. Don’t forget, the Fed has already telegraphed its course over the next year in its “dot plots.” Of course, those forecasts can shift—and the markets don’t always agree with them—but I wouldn’t expect a major adjustment or reversal of the current trajectory just because Powell is the new Fed chair.

Q:  As an investor, does the new Fed nominee change your strategy?

Chris Molumphy: The announcement of the new Fed chair only changes our strategy on the margin. Janet Yellen remains chair until early February, so there shouldn’t be a major near-term impact. And even after that, even with Powell at the helm, we are unlikely to see a big change or shift taking place in the medium term.

Longer term, an argument can be made that a continuation of easy monetary policy may ultimately have negative consequences, such as significantly higher inflation. Additionally, Powell does not have the more traditional academic training in economics that may be optimal in the next economic downturn. Neither of these represent current market concerns, however.