On April 24, the US 10-year Treasury yield crossed the 3% threshold for the first time in four years, prompting much discussion about the potential implications for the US economy. But to reference a famous Shakespeare play, is all the media focus much ado about nothing? Franklin Templeton Fixed Income Group’s Michael Materasso says investors shouldn’t fret too much about the number. 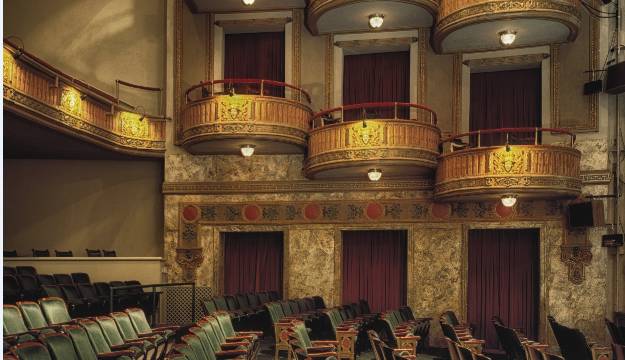 The US 10-year Treasury yield rose above 3% in late April, prompting much discussion among market observers about what breaching the psychological threshold implies about the US economy. The 10-year Treasury is a benchmark for a variety of interest-rate instruments, including mortgages, so it is highly watched.

I think the 3% breach is probably most interesting at a fundamental level because that figure coincides with what we expect to likely be the Federal Reserve’s (Fed’s) “terminal rate,” the level at which its benchmark short-term interest rate will ultimately peak within the current tightening cycle.

The fact that the 10-year Treasury yield crossed 3% raises worthwhile questions about the pace and timing of future interest-rate hikes from the Federal Reserve. However, we don’t think it implies anything dire in terms of the outlook for the economy, as some have suggested.

As it pertains to our current outlook, the US economy experienced a slowdown in the mid-1900s, which is an interesting period for purposes of comparison. As the Fed raised interest rates back then, the unemployment rate did tick up and the economy did experience one weak quarter (which was later revised away). The Fed ultimately did accomplish its goal of a “soft landing” in many respects, however, leading to an extended period of relatively modest growth.

Inflation: To Be or Not to Be, That Is the Question

Of course, each cycle is different, and we have to be cognizant of those differences. For instance, the tax cuts and reforms enacted by President Donald Trump’s administration, late-cycle fiscal stimulus, and easing of capital requirements of small- and medium-size banks could have a more significant inflationary impact going forward within the current economic cycle, especially when one considers that the US economy’s output gap (the gap between actual and potential economic growth) has largely been closed).

At the same time, the powerful secular forces of demographics and technology have been working in tandem to keep inflation at bay. An aging US workforce means the economy will have a smaller available pool of labor at the same time that artificial intelligence and other emerging technologies continue to make strides in automating many manual and repetitive tasks.

Putting this all together, we think the net impact of fiscal stimulus and tax measures should likely bring a short spurt of above-trend growth, with inflation rising above the Fed’s 2% mandate as the unemployment rate continues to trend lower.

We anticipate the Fed as likely to be on target in terms of the pace of further rate hikes it has been telegraphing to the markets. However, over the medium term, we think it seems likely the economy will begin to slow as the tax and fiscal effects wear off. We also see inflationary pressures easing as longer-term, secular inflation-dampening forces exert their influence again.

On balance, our view of the US economy hasn’t dramatically changed. While there are pockets of weakness at the margin, we do not think a recession is imminent.

However, we do not believe the Fed has conquered the business cycle, so at some point the economy should fall into recession. Nonetheless, we do not think this is a foregone conclusion in the near term. The elements of an extended business cycle (i.e., a “super cycle”) could still be at play. If the Fed proves adept at managing its tightening cycle and there are no major unexpected shocks (e.g., geopolitical surprises), our current growth cycle may continue to march along.

The current US expansion—at nine years and counting—is quite long by historical standards. But it has also been very shallow, with few of the imbalances that have tended to cause growth to turn. We think this has important implications for its sustainability.

What matters more in our view is not one specific number, but the overall fundamentals of the US economy. To us, things still look pretty good.

All investments involve risks, including possible loss of principal. Bond prices generally move in the opposite direction of interest rates. Thus, as prices of bonds in an investment portfolio adjust to a rise in interest rates, the value of the portfolio may decline. Changes in the financial strength of a bond issuer or in a bond’s credit rating may affect its value.