In recent years, US market strength has lifted markets globally, despite recent bouts of market volatility. According to Templeton Global Equity Group, that US market strength has led to a widening valuation gap between US and global equities. As global markets focus more on US economic expansion and a series of macro risks, the group shares where they are looking for pockets of opportunity outside the United States. 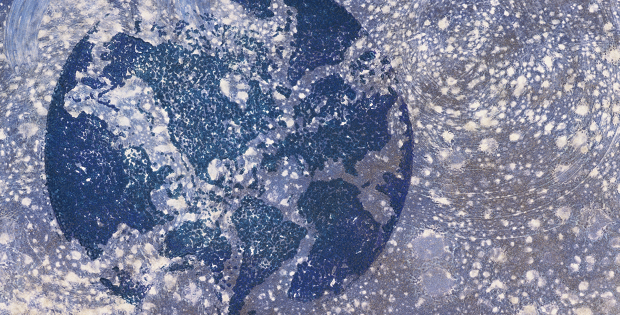 The market focused on a few macro risks in the third quarter. Concerns about trade wars, Brexit negotiations, the Italian budget, emerging-market volatility and interest rates seemed to escalate during the period.

In retrospect, it wasn’t all risks. The market also focused on recent strength in the US economy, corporate earnings and, until recently, the leadership of US technology stocks.

That said, the euphoria around the US gross domestic product (GDP) growth in the second quarter—which came in at a solid 7.6% (in nominal terms)—turned into concerns about how long this economic expansion could continue and, importantly, the pace of Federal Reserve Board (Fed) interest-rate hikes.

In the third quarter, US economic strength led market sentiment, a pattern we have seen in most of the last few years. This has resulted in a widening valuation gap between the US market and the rest of the world.

We believe this widening valuation gap implies a much more favorable backdrop for long-term returns outside the United States. Expectations are not only lower, but the economic cycles are lagging behind the United States.

We think there is an opportunity to close the valuation gap between the United States and cheaper international markets in coming years, thereby closing the performance gap as well. Many of the US companies we analyze are reporting margins that look to us to be very close to peak levels, and corporate tax rates are currently at the lowest levels in decades.

That makes it a bit more difficult for us to find value in some US companies. So, while we are able to find some individual bargains in the United States, we are finding greater value abroad.

The United Kingdom’s planned departure from the European Union next year presents a risk that is hard to analyze, so our strategy has been to focus on UK-domiciled multinationals that source most of their revenue abroad. We also favor companies that are defensive in nature and less likely to be impacted by an economic slowdown.

In addition, we continue to find attractive opportunities in European financial stocks. According to our analysis, profits have improved and we’ve seen steady lending growth overall. Bank balance sheets are stronger and the bulk of the destabilizing post-financial-crisis reregulation efforts is now also complete.

Looking ahead, we think a less-accommodative European Central Bank policy stance could be positive for bank earnings as higher rates support higher net interest margins. Recent weakness in the European banking sector has resulted in compelling valuations, in our view.

In the third quarter, we continued to see volatility and vulnerability in emerging markets, which were much weaker than developed markets. A series of headwinds have hit emerging markets. These include a stronger US dollar, lower liquidity due to rising US interest rates, China’s attempts at deleveraging and uncertainty surrounding trade.

Keep in mind, in 2017, emerging markets delivered some of their best returns since 2009.1 So we’re not totally surprised to see some of those gains given back.

Emerging-market valuations have declined a long way from their recent peak, though the consolidation merely brings them back to long-term historical averages.

The selloff in emerging markets has not been indiscriminate. In general, the countries that run both a fiscal and current account deficit and have a high level of US-dollar debt have seen more weakness than countries with relatively healthy external positions or those willing to make policy changes to reduce imbalances. We continue to be constructive on some Asian emerging markets such as China, Thailand, South Korea and Taiwan, where the fiscal and current accounts appear to be in good shape.

China is trying to pivot away from an economy driven by fixed-asset investment to one that is more balanced, with a lower reliance on exports and a higher consumption component. Trade wars have introduced an element of uncertainty in the region and are causing a delay in investment decisions. This will likely have an impact on the profit outlook for the more cyclical or industrial companies, and this is consistent with the opportunity set we are finding among “defensive growth” stocks.

Of all the different macroeconomic and political factors that have been on investors’ minds over the last few months, we think interest rates are likely to be the most important. As we continue to see central banks reduce quantitative easing and move toward interest-rate normalization in the major regions of the world, we are going to continue to focus on the dislocations that this may cause for currencies, equity markets and valuations.

On trade wars, China remains the focus, and we will continue to monitor the situation and assess the relative competitiveness of various industries with supply chains going back to China. Meanwhile, European politics are also likely to be messy, with Brexit and Italian budget deficit proposals the two immediate issues. Although these events may impact valuations in the short term—in fact, they already have—as we move through these events, we believe the market is going to unlock the substantial value that we find in the region.

The late Sir John Templeton had a lot of sayings, and one of our favorites is, “To beat the index, you have to be positioned differently than the index.” The reality is that sometimes a contrarian view will lead to periods of underperformance, particularly when momentum is strong and prevailing trends are being supported by powerful central banks. But, the assets that tend to perform best in those environments can end up becoming the ones most vulnerable to a future correction or trend shift. For example, some of the markets and sectors that have benefited the most from momentum and flows and whose valuations seem to be the most stretched were the weakest performers during the October market correction. Perhaps this move to higher interest rates will trigger the long-awaited rotation out of the expensive growth stocks that have led this market cycle and into historically cheap value shares.

All investments involve risks, including possible loss of principal. Stock prices fluctuate, sometimes rapidly and dramatically, due to factors affecting individual companies, particular industries or sectors, or general market conditions. Value securities may not increase in price as anticipated, or may decline further in value. To the extent a portfolio focuses on particular countries, regions, industries, sectors or types of investment from time to time, it may be subject to greater risks of adverse developments in such areas of focus than a portfolio that invests in a wider variety of countries, regions, industries, sectors or investments. Special risks are associated with foreign investing, including currency fluctuations, economic instability and political developments; investments in emerging markets involve heightened risks related to the same factors.

1. Source: MSCI, September 28, 2018. The MSCI Emerging Markets Index captures large- and mid-cap representation across 24 emerging-market countries. Indexes are unmanaged and one cannot directly invest in them. They do not include fees, expenses and sales charges. Past performance is not an indicator or guarantee of future performance. MSCI makes no warranties and shall have no liability with respect to any MSCI data reproduced herein. No further redistribution or use is permitted. This report is not prepared or endorsed by MSCI. Important data provider notices and terms available at www.franklintempletondatasources.com.