The US Federal Reserve cut its benchmark short-term interest rate for the first time in 11 years in what Chairman Jerome Powell called a “mid-cycle adjustment” to sustain the US economic expansion. Powell appeared to struggle to reconcile his admission the US economy is strong with this decision, says Franklin Templeton Fixed Income CIO Sonal Desai. She shares her thoughts on the July policy meeting and the potential market implications. 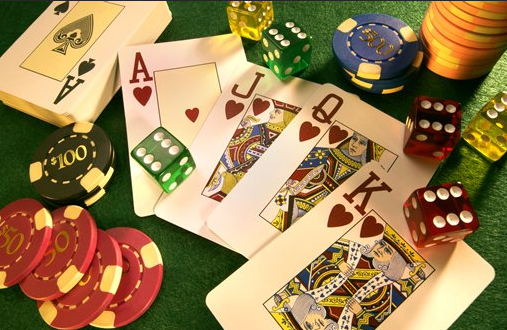 In the press conference following the Federal Reserve’s (Fed’s) July 31 monetary policy meeting, Fed Chairman Jerome Powell looked quite uncomfortable—perhaps not surprising given the corner the Fed has boxed itself in.

He found it hard to justify the just-announced 25 basis point interest-rate cut, and even harder to explain what will drive future policy moves.

In his opening statement, Powell argued that the rate cut was aimed at (i) providing insurance against the risks from trade tensions and the global growth outlook; (ii) boosting inflation; and (iii) making the labor market even hotter, because lower-income workers are now benefiting from rising wages and more job opportunities (“they haven’t seen a better labor market in living memory” he said later).

But he also admitted that the US economy is strong (“the closest we have ever been to our targets”) and the outlook is positive.

Powell struggled to reconcile this benign economic assessment with the rate cut.

He argued that the economy is strong partly because the Fed has shifted to a more dovish stance since last December, easing financial conditions and boosting confidence. That’s a clever argument, but it only goes so far.

I found his assessment of the risk of trade tensions quite inconsistent. Powell knows that trade tensions have been with us for over two years, and yet, as he noted, the US economy was as strong in the first half of this year as it was in 2018—and 2018 was the best we’ve seen in a while.

One reporter put it best, asking if instead of looking at the economic data, the Fed is now just looking at the media headlines on trade tensions. Powell, on the defensive, answered something like “trade is different,” and went back and forth between arguing that trade uncertainty has already impacted investment and saying that it’s hard to see the impact in the data, but the Fed’s business contacts say they are concerned. Trade wars are the dog that didn’t bark…but the Fed is still scared.

I was a bit unnerved at how easily Powell dismissed concerns about financial stability. He argued that the financial system is well capitalized and resilient, leverage is low and household financial health is strong. Yes, he agreed that some asset valuations are high, and so is corporate debt, but nothing to worry about too much. Given the lessons of the great financial crisis a decade ago, and with very loose financial conditions and record valuations in both equity and fixed income markets, that the Fed should be so sanguine is surprising to me.

What should we expect next from the Fed?

Powell said (i) that today’s cut is not necessarily a one-off; (ii) but it’s probably not the start of a long easing cycle either; (iii) and the Fed might hike rates again in this cycle; (iv) but it’s not likely that they will.  In short, it’s dealer’s choice.

He said the Fed wants to “adjust to a somewhat more accommodative stance over time” in what they see as mid-cycle adjustment, which seems to suggest one or two more rate cuts.

Because Powell said the Fed is data-dependent, and the data are strong. But when asked, well, what about the positive data surprises of the last month? He replied, ah, but there are the risks…

No wonder markets are confused. For the moment, this lack of direction has been helpful in reining in investors’ expectations of an extended easing cycle—and I think this is healthy.

From my perspective, I would like to reiterate that if this was an “insurance cut,” markets need to recognize that it could be reversed much sooner than the next cycle. It’s dealer’s choice, after all.