As European investors and market practitioners return from their summer vacations and prepare for the final third of 2019, our Head of European Fixed Income David Zahn highlights the issues he thinks will drive markets in the coming months. Here’s what he views as the most important issues for global investors following developments in Europe. 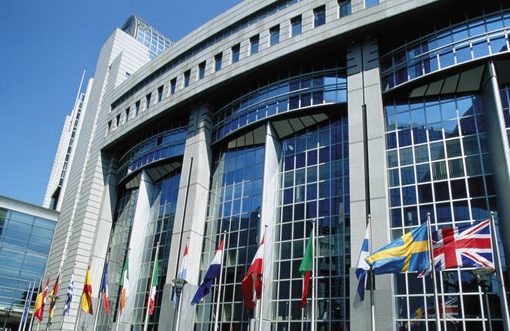 In our view, the main focus right now for European investors returning from their summer holidays will be the European Central Bank’s (ECB) meeting on September 12.

The question is whether the ECB can deliver on market expectations, given how much European bonds have moved in the last three months.

In the past, the ECB has had a reputation for over-delivering. However, our concern now is whether its communication will be enough to support the market.

We expect a number of announcements:

We don’t think it really matters the extent of that cut—it might be 10, 15 or even 20 basis points—as long as it’s meaningful.1

We expect the ECB also to introduce tiering—effectively lowering the charges that banks pay on some of their excess cash—to help the banking system. The introduction of tiering would signal to the market that rates will likely remain low for an extended period. If it were going to cut rates for the short term (with the expectation of hiking them again in six months or a year) it likely wouldn’t go to the bother of introducing tiering.

We expect a restarted asset purchase program predominantly centered on government bonds, but probably with more focus on corporate bonds than previously.

We think the ECB will probably announce an intention to reconsider/adjust the percentage of each issuance it can buy. Currently, the ECB is limited to purchasing no more than 33% of any issuance. We’d expect that policy to be revised. Under its asset purchase program, the bank can purchase €30 billion a month but with a 33% cap it will very quickly exhaust the asset pool.

The Need for a Fiscal Response

Markets have high expectations of the ECB, and our concern is that if it fails to deliver as expected, yields could move up significantly.

We believe there’s also an impetus for a fiscal response from the government to accompany central bank monetary policy action in Europe, likely in the form of a major infrastructure project.

Given the strong performance of the Green Party in the European parliamentary elections, we think fiscal support could take the form of a greening infrastructure project to make the European Union (EU) carbon neutral by 2050. Such a project could be a way of satisfying that electorate and showing politicians doing something.

We’d expect to see ECB involvement through its buying of bonds issued by a supranational body such as the European Investment Bank (EIB). The resultant sustained extra spending could potentially act as a boost to growth in Europe and possibly inflation.

So, while many commentators are assuming yields are only going to go down, we see one of the big risks for Europe is a big project like that could potentially see yields rise.

A New Government for Italy

The political situation in Italy has been generating headlines through the summer.

In recent weeks, we’ve seen the collapse of the unorthodox coalition of Lega and Five-Star and the emergence of a new government featuring Five -Star and the center-left Democratic Party (PD).

We’ve long argued that change in government in Italy might not be overly disruptive. In this instance, we believe it could be positive for Italian government bonds (BTPs) as it brings one of the centralist parties into government.

We expect the new government to have a less aggressive spending agenda than its predecessor. PD has also signaled an interest in parliamentary reform, notably reducing the number of members of parliament.

Of course, there’s no guarantee the new government will last the full term. Lega remains the most popular party in Italy according to opinion polls, and its leader Matteo Salvini is likely to maintain a high profile. His rhetoric will likely increase and could provoke some volatility that might present buying opportunities.

Expectations of a No-Deal Brexit Grow

Ever since Boris Johnson took over as UK prime minister, we’ve felt the chances of a no-deal Brexit have gone up significantly.

Johnson has made it clear he intends to take the United Kingdom out of the EU on October 31 with or without a deal. We don’t think the chances of Europe returning to the table with a better offer are zero—the EU has a reputation for brinksmanship—but we see little room for maneuver.

Given where gilts and sterling are, we think markets are now starting to price in the real chance of no-deal.

While we expect a lot of noise and volatility between now and October 31, the real question then is how the UK government and the EU will respond to no deal. We’ve yet to see the detail of that. In general, we expect the story for the rest of 2019 to be continued volatility in markets.

Our analysis suggests markets are getting more stretched. We expect we’ll see increased volatility in the markets, because the impact of a policy error or geopolitical shocks could be higher.